Prosecutors – not a substance abuser’s family or friends – should be the “real party of interest” in Marchman Act commitments, and property damage should be the reason to hospitalize Baker Act respondents against their will.

Those are just some of the recommendations in a new report by the Florida Bar’s Special Committee on Mental Health.

The traditional legal tools for assessing and treating substance abuse and mental illness – the Marchman and Baker acts respectively – need updating if Florida is going to meet the challenges of a raging opioid epidemic and deadly mass shootings. Last year, Florida Bar President gave the committee 24 months to evaluate Florida laws and develop educational programs for teaching the legal community to accommodate clients and colleagues with mental illness. 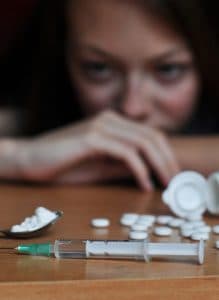 At the halfway point, the panel is releasing an interim report that recommends 17 changes to Florida laws. When the final report is released, it will be reviewed by the board’s legislation committee. If adopted, the changes would be the next step in a legal evolution that began in 1970 with the creation of the Ch. 397, “Treatment and Rehabilitation of Drug Dependents.”

Lawmakers followed up a year later with Ch. 396, “Comprehensive Alcoholism Prevention, Control and Treatment Act,” otherwise known as the “Myers Act.” A few decades later, legislators combined both chapters into the Marchman Act of 1993, after acknowledging that alcoholism and addiction are virtually indistinguishable.

After nearly a quarter of a century, it’s clear that the Marchman Act procedures, designed to give great weight to a substance abuser’s civil rights, are seriously flawed.

The law requires individuals to file separate assessment and treatment petitions, a process that can lead to five hearings and take months just to get a treatment order.  Then, assuming there is evidence found that the respondent should be treated, you’ve got a four- to six-week wait just to get a bed! It can be very frustrating and most of the county treatment facilities we’ve dealt with do not prioritize Florida Marchman Act clients, nor are they made a top priority.

The committee is not recommending a return to the Myer’s Act protocol that put assessment and treatment on a dual track, making the process swifter.

Another Flaw Lies in Relying on Individuals

Marchman’s other major flaw, according to the report, is relying on individuals, usually family or friends, to petition the court.

It is not uncommon for the court to receive incorrect paperwork or petitions – filed, but not properly served – resulting in unnecessary delays for treatment and multiple court hearings. To fix that, the report recommends borrowing from another 1971 statute “The Florida Mental Health Act” otherwise known as the “Baker Act.”

The Baker Act was designed to protect the civil rights of the mentally ill and encourage voluntary treatment. It requires Baker Act respondents to have a public defender when the state seeks an involuntary commitment.

If prosecutors can petition a court for a Baker Act petition, they can also be “the party of interest” in Marchman Act cases, the committee concluded.

Other Baker and Marchman act alignments would streamline the system, according to the committee. In my personal and professional opinion, I am not in favor of allowing the state prosecutors to be the party of interest in Marchman Act cases for reasons which I will expound upon in a follow-up article. 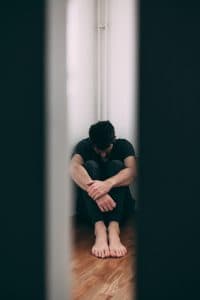 One of the most high-profile alignments would require police to seize the guns of Marchman Act respondents, as they are now required to do to Baker Act respondents.  Lawmakers added that provision to the Baker Act earlier this year in the wake of the Marjorie Stoneman Douglas High School shootings that left 18 dead.

The committee would also allow Baker and Marchman act respondents to be held against their will for up to 10 days before receiving a court hearing. The change could double the number of days some respondents are held without a hearing, but the committee concluded the potential benefits are worth it.

The move would eliminate law enforcement confusion and allow courts to run more efficiently, the committee concluded. They added that this extra time would increase judicial efficiency and provide the courts with more case scheduling flexibility.

Another potentially controversial recommendation is wider use of teleconferencing technology in Baker and Marchman act proceedings. Allowing healthcare experts to testify via video conference could save time and money, the report concludes.

The committee also wants facilities that treat involuntary Marchman patients to be locked, despite one provider’s warning that the move would change his regulatory classification and be exorbitantly expensive. But the committee says it only makes sense. This is a very important change because, currently, involuntary patients can and do leave treatment, which raises questions as to why the involuntary process was ever initiated. And in the event they do leave, the court is required to hold yet another hearing to enforce the treatment order through its contempt powers. That is ironic, considering the Marchman Act is supposed to help divert people from jail.

One of the biggest proposed changes would expand the Baker Act criteria for holding a person against his or her will. By broadening what constitutes “threat or substantial harm,” the committee hopes to address problems raised by South Florida prosecutors.

Some of the proposal would fast-track the detention of respondents with multiple, recent commitments and allow judges to consider property damage as evidence that a respondent poses a threat.

Civil rights attorneys will have a field day with this, but the argument is that the change would plug a substantial loophole in the law.