If you’re looking to help yourself or someone you love struggling with substance abuse issues in Maplewood, MN, Rehabs.com maintains a sizable Internet database of executive exclusive centers, as well as a lot of other options. We can help you in locating substance abuse care facilities for a variety of addictions. Search for a great rehabilitation program in Maplewood now, and take the first step on the path to healthy living.

More Info About Rehab in Minnesota 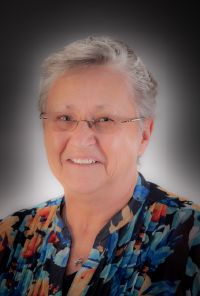 Lindy Howard
Clinical Director
Decision Point Center
Lindy joined the team at Decision Point Center following her long-anticipated move to Prescott in 2016. She brought with her 15 years of experience working with mental health disorders, trauma, and addiction in outpatient, and residential settings. Her focus, as both a therapist and supervisor, has always been on providing quality, individualized, trauma informed treatment to clients. Her efforts to promote this philosophy include developing residential treatment programs, and providing clinical training for various organizations including hospitals, colleges and universities, community agencies, treatment centers and public forums. She has extensive experience working with addiction, personality disorders, bipolar disorders, and trauma. Although her approach to treatment is eclectic, it is founded in Dialectical Behavior Therapy, psycho-dynamic theory, and her extensive training in trauma treatment. Lindy has been a Licensed Professional Counselor in the State of Arizona since 2004. Call (928) 792-1958 today to find out how Lindy and the rest of our Arizona alternative addiction treatment specialists can help you. We proudly provide ethical, compassionate clinical treatment to all of our patients! Minnesota ranks 5th in treatment centers servicing/accepting state Financed Insurance per 100,000 residents. Idaho is ranked one spot worse at spot 6. One spot better is Vermont, ranked 4 in the U.S.

When adjusted for population, Minnesota ranks 7th in treatment centers servicing/accepting 12-step facilitation. One spot worse is Vermont, ranked 8 in the U.S. South Dakota is just 1 spot better, ranked 6 out of the United States.

Minnesota is 7th among U.S. states in treatment centers servicing or accepting private health insurance. Montana is ranked one spot worse at spot 8. One spot better is North Dakota, ranked 6 in the U.S.

More Info
An Overview on Maplewood Recovery Programs Maplewood, Minnesota is a city of about 38,000 people, full of beautiful parks, trails and rivers. It is also a mere nine miles from downtown St. Paul, one of Minnesota's famed Twin Cities. Maplewood's proximity to such a large urban area brings with it - along with numerous benefits - an unfortunate downside in the form of greater access to a large number of illicit substances. According to the Minnesota Department of Human Services, drug abuse in the Twin Cities area is especially problematic when it comes to heroin and prescription opiates. Over 20 percent of admissions to addiction treatment centers in this region were related to opiate abuse; this was second only to alcohol addiction.What's Different Between Holistic and Traditional Rehab Centers?

Addiction to heroin and other opiates is largely physical, but it can be deeply dangerous in psychological ways as well. Holistic rehabilitation programs can be useful in dealing with these aspects of addition. Unlike traditional treatment methods, which tend to focus only on the physical, holistic treatment uses elements such as meditation and talk therapy to facilitate a more complete and sustainable approach to wellness.

There are both differences and similarities between holistic and traditional rehab:

Holistic treatment can be a highly effective, comprehensive approach to opiate addiction, but it may not be right for everyone. To learn more about all kinds of addiction treatment programs in the city of Maplewood, don't hesitate to contact us.