Learn about Illicit Drug Use

Illicit drugs like heroin, cocaine, methamphetamine, and even marijuana pose a serious risk of abuse, dependency, addiction, and overdose, often requiring professional rehabilitation treatment. While some drugs are more widely used and abused than others, illicit drug use among all age groups has remained relatively steady in the United States in recent years.1 Thankfully there are many different rehab and recovery options that can help you, or someone you love, get sober and achieve lasting recovery.

To learn more about specific drugs, their effects, their health risks and consequences, and the available treatment options, click on a drug below: 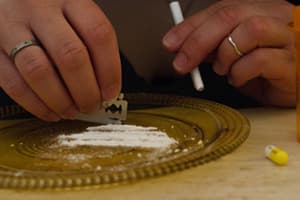 Emergency department data collected in 2010 showed a 38% increase in ED visits involving illicit drugs only (not prescription drugs or alcohol) since 2004.2 Of all illicit drugs, cocaine and marijuana were responsible for the highest number of ED visits.2

Marijuana is by far the most commonly used illicit drug in the U.S., with 22.2 million people reporting having used it in the past 30 days.1 This high rate of use is likely due to the fact that many U.S. states have legalized the use of marijuana for medicinal purposes, and some have even legalized it for recreational use, despite the fact that the drug remains banned at the federal level.

While the rate of marijuana use was similar from 2014 to 2015, those numbers were up from the years between 2002 and 2013. This upward trend is being driven by adults over the age of 26 and may be a reflection of increased availability as well as relaxed legal penalties for possession.1

Marijuana is by far the most commonly used illicit drug in the U.S., with 22.2 million people reporting having used it in the past 30 days.

The opioid class of drugs includes a variety of natural and synthetic compounds that bind to opioid receptors in the brain to diminish sensations of pain. In many who use them, this receptor interaction is also associated with a rewarding, euphoric sensation. Pharmaceutical opioids such as Vicodin and OxyContin are prescribed primarily to relieve pain, but even with a doctor’s prescription they carry a risk of physiological dependence, addiction development, and overdose.

The most commonly used illicit opioid is heroin, for which the rate of use has been steadily increasing since 2010.1 Though it is not as widely used as some other illicit drugs, the gradual increase is significant in the context of the nation’s current opioid epidemic. People who misuse prescription opioids sometimes turn to heroin to support their drug habit because it is cheaper and relatively easier to obtain.

Illicit stimulants produce feelings of wakefulness and energy and include drugs like methamphetamine and cocaine. In 2015, roughly 897,000 people were current methamphetamine users, and 1.9 million were cocaine users.

Stimulants have short-term side effects that can lead to health complications, such as rapid or irregular heart rate, high blood pressure, high body temperature, and rapid breathing. In 2011, there were over 100,000 visits to the emergency room for reasons related to methamphetamine use and over 500,000 related to cocaine use.2

Hallucinogenic drugs like LSD, PCP, psilocybin mushrooms, and ecstasy cause profound distortions in the user’s senses and a dissociation from reality. In 2015, an estimated 1.2 million people over the age of 12 in the U.S. were current users of hallucinogens. LSD was once the most widely used hallucinogen, but other drugs in this category—particularly mushrooms—have experienced a surge in popularity in recent years.4 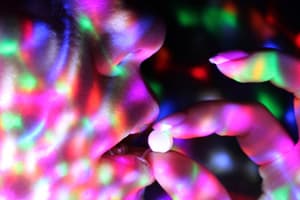 Synthetic cannabinoids (“spice” or “K2”) and synthetic cathinones (“bath salts”) are a rising class of illicit drugs, most widely used by adolescents. The use of bath salts among U.S. 8th graders increased significantly in 2016 but remained steady among teens in higher grades.4

Before these drugs were made illegal in 2011, they were readily available for sale in gas stations, convenience stores, and on the internet. They were marketed as legal alternatives to illicit drugs like methamphetamine or marijuana, though they were often much more potent and led to many high-profile incidents of hallucinations and overdoses that finally led the Drug Enforcement Administration (DEA) to ban them. The use of synthetic cannabinoids by 8th, 10th, and 12th graders has declined significantly every year since 2012.

Overdose and Other Health Risks

Illicit drug users are often unaware of exactly what substance(s) they’re taking and how potent the dose is.One of the greatest risks associated with illicit drug use of any kind is the possibility of fatal overdose.

Unlike prescription drugs, which require extensive testing and FDA approval before going to market, illicit drugs are made in clandestine laboratories across the country and overseas. While people who abuse prescription drugs at least have a clear understanding of which specific drug and drug dose they are using, illicit drug users are often unaware of exactly what substance(s) they’re taking and how potent the dose is.

When drugs differ in strength from batch to batch, or when they come laced with or sold as another drug entirely, it can be difficult for users to regulate how much of the substance they take so as to prevent overdose. This danger is especially apparent among opioid drugs, in which heroin has been found to be laced with far more potent opioids, such as fentanyl. From 2010 to 2015, almost half a million people died from drug overdose.6

In addition to overdose, illicit drugs can cause a number of negative physical and behavioral side effects. For example, stimulants can lead to increased heart rate, severe paranoia, and aggression. People who inject drugs such as heroin have a higher risk of contracting communicable diseases such as hepatitis C, HIV, and tuberculosis, and smoking marijuana or PCP can, over time, cause damage to the lungs.

Illicit drug use results in intoxication and mental impairment, which in turn can lead to serious accidents and injuries from car crashes, falls, or fights. Other side effects include depression, anxiety, and social isolation. In addition, drug abuse often prevents people from keeping up with their responsibilities at home and work, strains relationships with family and friends, and exacerbates financial problems.

Use the free online insurance coverage checker tool below to find out if your health insurance provides coverage for Illicit addiction rehab and other rehabilitation treatment plans for substance abuse recovery.

People may start using illicit drugs for any number of reasons: recreation, experimentation, or to self-medicate conditions like pain or depression. Regardless of the reason, continued drug use can lead to tolerance and physical dependence on the substance without the user even realizing it. When drug users develop a drug tolerance, they require larger doses to achieve the same effects. 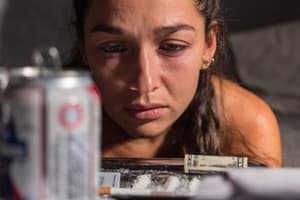 Addiction is characterized by the person’s decision to keep using drugs even though it causes significant problems in their life. Someone might have a drug addiction if they:5

Of the millions of people who suffer from addiction every year, research has found that only about 10% of them actually receive treatment.1 Drug addiction is a chronic, relapsing brain disease that often gets worse over time. A professional rehab program is the best way to safely detox from drugs, treat the various factors that led to addiction, and prepare to lead a life of sobriety.

Rehab typically starts with detox, and a professional detox program will help you safely get through withdrawal and transition into addiction treatment. Detox can be done on either an inpatient or outpatient basis. During inpatient detox, medical professionals will monitor you around-the-clock for any medical or psychiatric complications. They may also prescribe medication to help manage withdrawal symptoms. 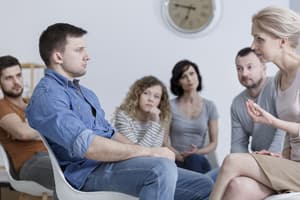 After detox, the real work begins. Behavioral therapy can help you identify the factors that let to your drug use and how that developed into addiction. You will work with a therapist one-on-one and peer support groups to identify your potential triggers for drug abuse. Your treatment providers will help you create a long-term recovery plan to help you remain sober and avoid relapse. Depending on your drug of abuse, medication may be prescribed to help prevent cravings, manage protracted or late-stage withdrawal symptoms, and minimize relapse risk.

Rehab is an exploration of self-discovery. Through therapy and dedication, you will learn how to be yourself again—the person you were before the drugs. There are treatment and recovery options to fit all different types of lifestyles. Ultimately, it will be up to you to find a place where you feel comfortable beginning your journey. It’s never too late to start over and build a better life for yourself and your family.

More resources about Illicit Addiction Rehab Treatment Centers Near Me: