Kratom is a legal yet potentially dangerous drug that has increased in popularity because of the pleasurable effects that it provides users. The drug has a reputation for helping to manage both chronic pain and opioid withdrawal symptoms. But, in spite of these claims:

For kratom users struggling with dependence or addiction, treatment programs are available. 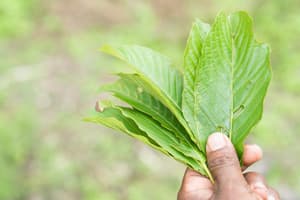 The Mitragyna speciosa plant—more commonly known as kratom—is a tropical tree found in Southeast Asia.1 The bitter-tasting leaves of the plant that contain mind-altering compounds may be smoked, brewed as a tea, or ingested with food.1-3

Kratom is sometimes referred to as herbal speedball, biak-biak, and ketum. It is not currently classified as an illegal substance in the United States and many countries throughout the world. However, despite it not yet being a legally controlled substance, it does have the potential to cause serious harm to users.

Kratom is sold over the internet or in stores as a green powder, extract, or gum. It is sometimes mixed with other harmful substances without the user’s knowledge—a situation that could cause a fatal overdose.1

Why Is It Gaining Popularity?

Kratom’s popularity has been recently growing as an alternative herbal treatment for addiction and withdrawal from alcohol and opioids.1,2,4 Kratom users have claimed that the drug relieves uncomfortable withdrawal symptoms and helps reduce opioid cravings. However, there is little evidence to suggest that it works, nor that it is safe to use for these purposes.1

Users may take kratom as a way of self-medicating their pain, but the FDA does not recognize it as a treatment for this purpose.

While some kratom users may take the drug in hopes of treating addiction, others may use it recreationally for its ability to cause a short and pleasurable high.

Its widespread availability over the internet has also contributed to its increased popularity. Individuals looking for an easy way to get high may use kratom because it can be readily accessed online.

Kratom use can cause a brief high that typically begins within 5-10 minutes and lasts up to 1 hour.2

Kratom may cause different sensations when taken at different doses:2

In addition to the high, kratom can cause negative short-term side effects such as:1,7

Kratom has a reputation for being mild and safe but, in fact, between 2014 and 2016, there were 15 reported kratom-related deaths.7 The risk of harm or death is increased when kratom is combined with other substances. In Southern Thailand, kratom is sometimes combined with a caffeinated soft drink and a codeine-containing cough syrup, a cocktail referred to as ‘4 x 100’.4 The cocktail is popular with young people who find that it mimics the effect of alcohol. Drinking this cocktail can lead to fatal consequences because of kratom’s interactions with the opioid, codeine, and the stimulant, caffeine.4 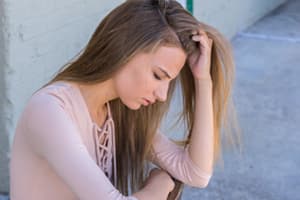 A dependent person may experience withdrawal symptoms such as the following when they try to cut back on using kratom:1,2,4,5

While some organizations such as the National Institute on Drug Abuse decline to say definitively that kratom is addictive, some users have reported becoming addicted to it, continuing to use the drug despite negative consequences to their relationships, health, and work.3

Signs of kratom addiction include:6

According to the DEA, kratom is a dangerous and abusable drug. In fact, in 2016, it announced that it would work to categorize the active compounds in kratom as Schedule I substances.7 Schedule I drugs—including heroin, marijuana, and LSD—are considered to have a high potential for abuse and dependence with no proven medical benefits.7 People in possession of these drugs can face serious legal consequences.

In addition to kratom’s short-term effects, the drug may have a number of long-term effects on the brain and body. Long-term health effects of the drug can include:3,7

Evidence also suggests that consistent use of kratom places people at higher risk of using other dangerous and addictive drugs, including heroin, methamphetamine, and MDMA.3

Can You Overdose on Kratom?

Kratom users are at risk for overdose when taking the drug. An overdose can occur when a person consumes more of a drug than the body can handle, leading to several dangerous physical effects and acutely compromised health.8 In fact, some deaths have been attributed to kratom.8 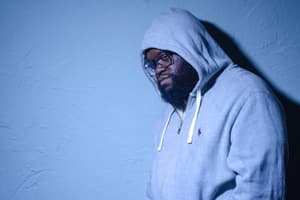 Toxic levels of kratom may cause:8

Some factors may increase the risk of an overdose when taking kratom:1,2,5,8

If you believe you or someone you know is overdosing on kratom, contact 911 immediately.

While the DEA has indicated its intent to make kratom a scheduled substance, it is not currently recognized as an illegal drug in the United States.1 Other countries, including Thailand and Malaysia, have already recognized kratom’s potential for harm and have made it illegal.2

Studies indicate that kratom is associated with several potentially dangerous side effects and long-term health consequences.

Kratom’s legal status in the U.S., combined with its lack of regulatory oversight, creates a risky situation for users—not only for people who intentionally use kratom but others unknowingly buying products with kratom in them. According to the FDA, some dietary supplements are being made and shipped with traces of kratom.9 Dietary supplement users may unintentionally consume kratom, putting themselves at risk of its adverse effects.

Because kratom is not monitored by the FDA, kratom users may purchase and use the drug without knowing its potency or whether it contains other harmful substances.

Studies indicate that kratom is associated with several potentially dangerous side effects and long-term health consequences.3 However, its impact on the brain and body is still not fully understood. Though it is known to cause physical dependence, little is known about kratom’s full addictive potential. More research is needed to understand exactly how kratom affects users.

Getting Help for Addiction

If you or someone you love is abusing kratom and/or other substances, there is always help. Numerous resources exist for those seeking recovery from addiction.