Drug Use and Addiction Among College Students

A student will undergo incredible changes as they leave the safety and security of their family home and arrive at college. When they arrive on campus, they can expect to gain independence, expand their knowledge, and transition into adulthood.

Alongside these opportunities, though, college students face many challenges including increased responsibilities, a new environment, and, at least at the beginning, a smaller support network. Also, they are challenged to complete their education while alcohol and other drugs are readily available.

Although substance abuse is a concern for every age group and demographic, it is especially concerning for college-aged individuals. This population experiences some of the highest levels of substance abuse, which can derail the college experience and result in addiction.

Substance Use in the College Years 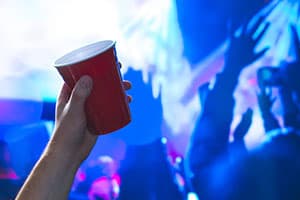 Across college campuses each day, thousands of students begin using drugs or alcohol for the first time. According to a survey from the Substance Abuse and Mental Health Services Administration (SAMHSA) spanning 3 years (2011–2014), on an average day:1

College students are not only likely to start using a substance during these years, they are likely to continue. According to the same SAMHSA survey, of the estimated 9 million full-time college students, on an average day:1

Substance use in college is incredibly common, but why? Each person’s motivation for substance use will be unique, but there are common reasons people turn to drugs and alcohol. College students may drink or take drugs for several reasons, including:2

College substance abuse may be as prevalent as it is due to the new freedoms that the college environment offers. As an adolescent moves towards adulthood in a college environment, students are accountable for their decisions and behaviors without the supervision of their parents, for the first time in most cases.1

Many will do well to make healthy choices that protect their mental and physical health. Others will struggle with the decreased supervision and choose to consume alcohol and drugs without any authority figure around to discourage it.

College students routinely feel new pressures on campus, both academically and socially. Other students might form habits involving substances like having a drink after the final class of the week, taking stimulants to stay up studying, or using marijuana to fall asleep at night. These habits may start innocently enough but can easily escalate with time to become compulsive behaviors.

In addition to the new freedoms, college students routinely feel new pressures on campus, both academically and socially.3 With the desire to perform well, they may use substances as a way to try and meet these demands (or cope with the pressure).

Students might also turn to alcohol or other drugs to fit in or socialize in new settings. Drugs may help them feel less anxious and improve their perceptions of how well they are being accepted by their peers.

The Most Popular Drugs on Campus

College students are a unique group, and the substances they prefer may differ somewhat from the general population. Amongst college students, the most popularly abused substances include those below.

Alcohol is the most frequently used drug by full- and part-time college students. College students are more likely to consume alcohol than all other substances combined.1

More than half of the full-time college population used alcohol in the last month, with 39% admitting to binge drinking and 13% admitting to heavy alcohol use.1 These statistics are similar for part-time students as well.1

First-year college students are at increased risk of drinking as a result of the widespread availability of alcohol and the perception that drinking alcohol is a normal behavior for a college student.3 Students may use alcohol to celebrate a success or try to boost their confidence in social situations.3 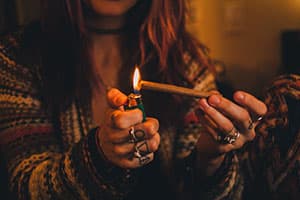 There are two prevailing beliefs fueling marijuana use on college campuses. Many students think that:

College students attempting to get an academic leg up may reach for stimulants as a way to stay awake and study or to improve focus.6 Prescribed medications, when used as directed, can have a decidedly positive impact on those who have a real medical need, but there is no evidence to suggest non-medical stimulant use actually boosts school performance or improves grades.6

Like other myths about drug use that continue to thrive despite evidence to the contrary, the belief that stimulants are good for grades just won’t go away. And because of this misbelief, college students demonstrate a much higher rate of stimulant abuse than other groups, including young adults not attending college. For example, in 2016, about 10% of college students abused Adderall compared to only 6% of their non-college-attending peers.7

MDMA/ecstasy is a commonly abused drug among college students. Ecstasy is prevalent at events like concerts/music festivals and parties/raves. Ecstasy, in particular, is commonly perceived as a safe drug that heightens the party experience, increases the feeling of connection, and heightens the senses.8 Young adults between 18 and 25 use hallucinogens at the highest rates of any age group.9

College students seeking a “safe” drug to party with, however, may find themselves suffering side effects they didn’t expect like nausea, blurred vision, anxiety, dehydration, and heatstroke.10 Ecstasy buyers may also end up taking a different drug altogether, as there have been a number of instances of bath salts being sold as MDMA to unsuspecting users at music festivals and raves.11

Whereas abuse of many substances is increasing on campuses, the rate of opioid painkiller medication use is decreasing following a peak in 2003.12 In 2003, 8.7% of college students used a prescription painkiller, compared to 5.4% in 2012.12 While there has been some decrease in prevalence on college campuses, prescription opioid misuse continues to be a issue for the country as a whole, and is still affecting a significant number of college students. Students who do abuse opioids may do so to:12

Accurately predicting which college students will engage in substance use is impossible, but there are characteristics that can reveal clues about which students are more likely than others to use drugs and alcohol.

These risk factors for drug use include:2

To further protect students from substance abuse, colleges can institute programs to:3

On college campuses, drug-sharing is commonplace. The practice occurs when one student with a legal prescription gives, sells, or trades their medication to other students. 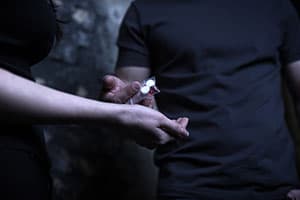 The practice is so common that:12

Though the practice of drug-sharing may seem harmless, a person can experience very serious mental and physical health consequences when taking a medication not prescribed for them. Possible consequences include physiological dependence, overdose, and encounters with law enforcement due to the illegality of drug-sharing.

Use of alcohol and other drugs can result in a host of physical and mental health harms, such as:2

Alcohol use, and specifically binge drinking, carries tremendous risk to the student and the people around them. Drinking alcohol is associated with:13

Substance abuse can threaten the academic career of the student. College students who abuse substances are more likely to:4,13

Each time a substance is used, it impacts the brain; however, over time substance use can actually lead to changes in brain structure and functioning. The alterations to the brain caused by drug abuse can be long-lasting.2 Drug use during adolescence can be especially problematic because the substances can potentially have a greater impact on a still-developing brain.2

With time and repeated use, experimentation can evolve into addiction. Once addiction develops, the student will compulsively seek out and use their drug(s) of choice, regardless of the possible negative consequences, such as failure in school.2

If you suspect you or a student you care about is abusing drugs and may have a problem, check this list of signs and symptoms of a substance use disorder:14

When someone who is physically dependent on a substance suddenly stops use, uncomfortable and potentially dangerous withdrawal symptoms will emerge.15

If you or your loved one can’t stop using drugs or alcohol, professional addiction treatment is always the best option. When the student receives a thorough evaluation, the mental health or addiction professional can recommend an appropriate level of care to treat symptoms of withdrawal, establish sobriety, uncover triggers of use, and avoid relapse in the future.15

A student enduring strong withdrawal symptoms may need to undergo a period of detoxification before other forms of treatment can proceed. Professional detox involves a set of interventions, each administered to improve the safety and comfort of the individual during withdrawal. Based on the severity of physiological dependence, the type of substance being abused, and other specific needs of the individual, detox can take place in either an inpatient or outpatient setting. People addicted to alcohol, sedatives, and opioids are commonly advised to seek professional help during this period.

Beyond the detoxification phase, ongoing addiction recovery programs may be conducted in a variety of settings and treatment intensities, including:15,16

Students, adolescents, and young adults can benefit from many styles of treatment, including:17

It is important to note that, for some adolescents, group therapy or self-help groups carry the risk of encouraging substance use by emphasizing the perceived benefits of the substance.17 The group leader should monitor and manage the sessions to avoid this trend.

While college substance use is common, it is certainly not a requirement or a rite of passage for every student. Drug and alcohol abuse takes a major toll, even on the young. If you’re addicted and don’t know where to turn, reach out to us today. You don’t have to live with addiction. We can help you find the treatment you need to return to a sober life and find success in college and throughout your life after school.

More resources about Drug Use and Addiction Among College Students: