Synthetic cathinones, more commonly known as bath salts, are man-made drugs that act as psychoactive stimulants. The recreational use of bath salts has become an important topic not only for drug abuse treatment providers, but also for law enforcement and government agencies. Prior to a federal ban in 2012, the key chemical components in bath salts were unregulated and sold legally. Now they are classified as a Schedule I drug with no approved medical use and high potential for abuse.1 Manufacturers are constantly developing new formulas in order to skirt the ban and avoid detection on drug tests.

Bath salts can cause erratic behavior in users, who may pose a danger to themselves and others. If bath salts use has become a problem for you or someone close to you, a drug abuse treatment facility can help.

What Are Bath Salts? 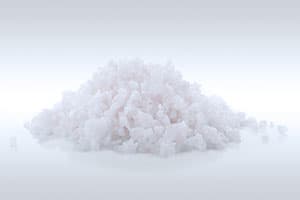 Bath salts are synthetic compounds chemically related to cathinone, a stimulant found in the khat plant.3 Khat is a shrub that grows in East Africa and Southern Arabia; locals chew on the leaves of the plant for its mild stimulant effect. The synthetic forms of cathinone are much more potent than the natural plant form and are intended to mimic the effects of illicit stimulants like methamphetamine or cocaine.

There are several common types of synthetic cathinones, including:4

Synthetic cathinones are included in a group of drugs that officials call new psychoactive substances (NPS). Mostly manufactured in China and shipped to the U.S., these drugs are labeled and sold as products “not for human consumption,” such as plant food or bath salts, in order to avoid the scrutiny of the Food and Drug Administration and the Drug Enforcement Administration. It is important to note that, despite their street name of bath salts, these chemicals are not at all related to Epsom salt, the mineral mixture of magnesium sulfate used in the bath for relaxation of sore muscles.

Bath salts are usually a crystal-like white, off-white, or yellowish powder, and can also be found as tablets or capsules. They are most commonly snorted, but can also be smoked, swallowed, or injected. Users typically start to feel the effects within 15-45 minutes of ingestion, and those effects can last anywhere from 2 to 5 hours.4

Common street names for bath salts and other synthetic cathinones include:1,3

Bath salts are stimulants that are chemically similar to amphetamines, cocaine, and MDMA (ecstasy or Molly), and they produce many of the same desired effects as these drugs, including:3,5

Bath salts raise the brain’s level of dopamine, a neurotransmitter associated with reward, movement, and feelings of joy. A rush of dopamine to the brain can cause pleasant feelings and increased energy, but animal studies have found the chemicals in bath salts to be 10 times stronger than cocaine-a factor that can raise the user’s heart rate and blood pressure to dangerous levels.6

What Are the Dangers?

The use of bath salts has been linked with a range of health consequences, many of which can be fatal-especially if the person is using bath salts in combination with other drugs or alcohol. Side effects include:7

In extreme cases, excited delirium brought on by bath salts use has turned gruesomely violent.One of the more pronounced risks associated with bath salts is excited delirium, a state of extreme agitation that is frequently accompanied by violence toward others or self-harming behavior. In a study of fatalities involving synthetic cathinones, 41% were suicides-a higher proportion than in any other drug.8

In extreme cases, excited delirium brought on by bath salts use has turned gruesomely violent, prompting sensationalized media coverage labeling bath salts users as “cannibals” or “zombies.” These events highlight the challenges posed to law enforcement and medical responders, as well as the friends and families of those who use bath salts. Even experimental, first-time use can cause a person to experience psychosis, dissociation from reality, and extreme paranoia that may lead them to lash out at others for no clear reason.

Despite federal regulation and national media coverage of extreme cases, the rate of bath salts use increased among 8th grade students in 2016.2 Public health officials note that 8th grade substance use rates are often a harbinger of emerging drug trends that are likely to be reflected across a wider age group at some point.2

One of the greatest challenges in responding to and treating bath salts use is that the chemical compounds are constantly changed by manufacturers, so emergency physicians and treatment professionals don’t know exactly what they’re dealing with from one case to the next.

Synthetic drugs pose a unique danger because it’s difficult for users to know exactly what substances they’re ingesting.In addition, dealers and manufacturers sometimes mix bath salts into more expensive drugs, particularly Molly, to stretch their supply. Molly is often promoted as “pure” MDMA, without additives like amphetamines or caffeine, which are commonly found in ecstasy. However, hundreds of capsules of Molly tested in crime labs in 2012 were found to contain synthetic cathinones, exposing users to many of the dangers they thought they were avoiding by choosing Molly over ecstasy.3

Synthetic drugs pose a unique danger because it’s difficult for users to know exactly what substances they’re ingesting. This makes it harder to self-regulate the amount of drug taken, potentially leading to overdose or other serious medical complications, and it also increases the risks associated with mixing other drugs or alcohol.

While overdose death caused solely from bath salts is not typical, it is not entirely unheard of. In a clinical review of fatalities involving bath salts, 7% of drug deaths were found to be from synthetic cathinones alone.8 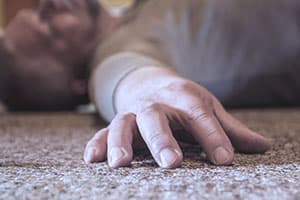 In 2011, there were 22,904 cases of emergency room visits related to bath salts; in two-thirds of those visits the patient had ingested other drugs in combination with bath salts.9 Dangerous side effects such as elevated heart rate, blood pressure, and temperature can be amplified when people take two drugs that induce the same effects.

One factor in the rate of combination drug deaths may be users who are unaware that the drug they’re taking has bath salts in it, as discussed above. Another may be the impaired judgment that is a side effect of many illicit drugs. Lowered inhibitions can lead to multiple poor decisions and lethal amounts of drugs consumed.

If an overdose or other emergency occurs, immediate treatment by medical professionals is necessary-don’t hesitate to call 911 immediately.

Researchers have found evidence, both from user reports and clinical studies, that bath salts are addictive and that long-term users may develop tolerance and dependence on the drug.7,10 Users who have developed a tolerance to synthetic cathinones need increasingly larger doses to get the same desired effects. Dependence is a state in which the body becomes accustomed to the presence of the drug and the person experiences withdrawal symptoms when they stop using the drug.

Withdrawal from bath salts is typically not dangerous, but experts recommend that patients receive a psychological evaluation if symptoms persist for more than a week after stopping drug use, as this could be a sign of underlying mental health issues that need to be addressed.10 In Michigan, a study of emergency room visits found that 46% of people who were treated for bath salts intoxication had a history of mental illness, including bipolar disorder, schizophrenia, and depression.7

Addiction develops as users begin to compulsively seek out and use a drug, even though it interferes with their normal life and responsibilities. Animal studies have shown that rats will compulsively self-administer bath salts, a hallmark of addictive substances.3

There are plenty of rehabilitation options for people who want to quit using bath salts for good. The right program will depend on the user’s mental health history, whether they’re abusing any other substances, and other personal factors such as commitment to sobriety and the strength of any support network at home. 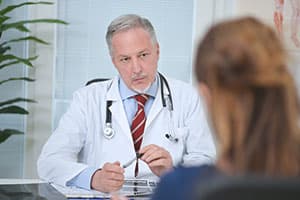 Many people will be able to complete rehab in an outpatient setting, in which they continue living at home and attend scheduled therapy sessions during the day. On the other hand, patients with co-occurring psychological disorders, addiction to multiple substances, or a history of failed attempts to get sober may be better suited for inpatient treatment that will allow them to live at the rehab facility full-time and receive around-the-clock care.

Most treatment programs include both individual and group therapy. Through behavioral therapy, the patient will address the underlying reasons behind their substance use in order to move forward and fully recover. Support groups, including 12-step programs like Narcotics Anonymous, provide a network of peers with similar experiences to lean on.

Making the decision to quit using drugs and get addiction treatment is a huge milestone along the path to recovery. Substance abuse may be something you battle for the rest of your life, but with the right tools you can overcome cravings and return to a sense of intention and purpose.