What is cocaine addiction?

Cocaine is a powerful stimulant drug with strong addiction potential. The short-term effects of cocaine use include:

In addition to these sought-after short-term effects, there are many acute, negative consequences of abuse, including cardiovascular stress (rapid heartbeat, increased blood pressure), anxiety, and insomnia. Cocaine users may also develop long-term health problems, such as kidney failure, heart disease, or mental health issues. If you or a loved one is struggling with an addiction to cocaine, there are rehab programs available to help. 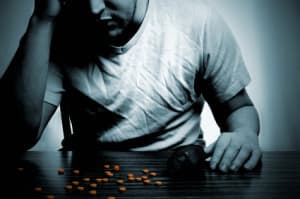 Cocaine is a stimulant drug extracted from coca leaves native to Central and South America. Cocaine is classified as a Schedule II drug; while it is occasionally used in medical procedures such as dental operations as a local or topical anesthetic, it carries a high potential for abuse and is mainly used illicitly.1 Street names include coke, blow, rock, and snow.

The 4 most common methods of using cocaine are:

Using cocaine can cause serious harm to users and can even be deadly.

If you’d like to know whether your insurance may cover the full or partial cost of rehabilitation at one of American Addiction Centers’ various rehab centers across the states, simply fill in your information in the form below.

What are the effects of cocaine?

Cocaine use results in a fleeting increase in dopamine signaling, resulting in feelings of euphoria.2,3 With consistent cocaine use, this artificial boost to dopamine activity can ultimately result in changes within the brain’s reward circuit that lead the user to begin prioritizing cocaine use over other activities. Repeated use will generally lead to a tolerance to cocaine, meaning that euphoric stimulant high is harder and harder to get and requires continually upping the dose to feel the sought-after effects.

Cocaine’s euphoric high brings users back to the drug time and again and is an obvious contributor to addiction.

Chronic or heavy use of cocaine can bring about physical dependence, a state where the body comes to rely on the drug. A dependent person who tries to scale back their use or stop completely will likely experience at least some withdrawal symptoms. Although cocaine withdrawal may not produce the same intense physical effects as heroin or alcohol withdrawal (like vomiting and shaking), it does produce distressing symptoms, such as:2

The concept of dependence is often confused with that of addiction. While they are often present alongside each other, they are not the same:

Cocaine’s euphoric high brings users back to the drug time and again and is an obvious contributor to addiction. However, there are many other factors that influence a person’s likelihood of abusing or becoming addicted to cocaine. Factors such as poverty, racism, education level, substance-abusing peer groups, and high stress levels all contribute to a person’s risk.

In addition, genetics play a role; the degree of heritability for developing a cocaine addiction is higher than that of breast cancer, type 2 diabetes, and hypertension.3

What are the symptoms of cocaine addiction?

As a stimulant, cocaine produces a state of euphoria, sexual arousal, increased energy, and mental alertness.4 Some people report that using cocaine helps them socialize and feel confident. However, as a person comes down from their high (crashes), they may feel the opposite effects—anxiety, irritability, insomnia, confusion, and paranoia.3

People may use more and more of the drug in an attempt to keep their high and avoid the crash. This cycle can continue on and on. During binges, users may neglect eating or sleeping and become depressed, paranoid, or aggressive.4 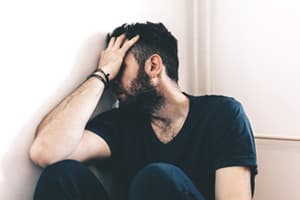 Although there are numerous individual differences between cocaine users, they may share some of the following characteristics:

Someone using cocaine may begin to act differently as well. They may:

Drug paraphernalia associated with cocaine use will vary depending on the route of administration. If a person is snorting cocaine, you may find:

How is cocaine addiction treated?

People who have developed significant physiological cocaine dependence may experience an intense withdrawal period when they stop using. The first step in treating a cocaine addiction is detoxification. You can choose to detox at home, but this can be problematic for some users. Cocaine withdrawal produces a number of uncomfortable effects, such as intense cravings and depressed mood, which could lead to self-harm. 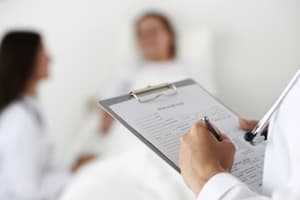 The psychological distress that may accompany withdrawal could prompt users to relapse on cocaine to find relief. Detoxing in a supervised environment will ensure your safety and set you up for long-term success in your treatment journey.

Ideally, after completing a detox program, you will transition into the next step of treatment. The most appropriate level of treatment will depend on your personal situation. You might participate in one or more of the following:

In treatment, you will likely participate in behavioral interventions such as:

During treatment, you will work with a therapist or counselor to develop an aftercare plan. Aftercare will look different for every individual but may include finding a therapist, volunteering in the community, attending 12-step groups, serving as a sponsor, and practicing self-care. These are all tools that will prepare you to stay sober after treatment.

At any point in the treatment process, you can access 12-step and non-12-step groups in your community. These groups are free and can provide an enormous amount of support during your recovery from cocaine addiction. Support group options include:

Things to consider about cocaine use

Taking too much cocaine can have serious, long-term effects on your physical and mental health. Some of these debilitating long-term effects may be the result of acute events such as stroke, seizure, respiratory failure, or heart attack.6 Other long-term consequences could include:7,8

Additionally, the route of administration will influence the spectrum of potential long-term effects. For example:9

CocaineRehab Treatment
Want to get help, but not ready to talk?
Instead, sign up for text support to receive: