Many of the commonly abused inhalants are products available in the home or otherwise easily obtained that are inhaled for a rapid and short-lived high.

Inhalants fall into several categories, including:

Though the precise effects vary, many of the inhalants act quickly to affect the user in ways that often resemble acute alcohol intoxication, such as:

Inhalant abuse creates many negative short-term effects and can contribute to long-term health problems. Inhalant misuse may even result in sudden death. 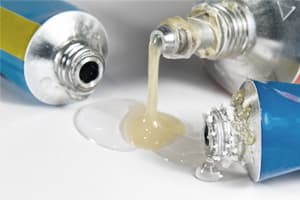 An inhalant is any substance capable of producing fumes or vapors that a person can breathe in to become intoxicated.1-5 The intoxication may resemble a euphoric high similar to the feeling of drunkenness.2,5 Although many drugs can be inhaled (e.g., via smoking or insufflated methods), the inhalants are a unique substance category because this is their primary or only route of administration.2,3

More than 1,000 different items can present a serious threat to the user when inhaled.

Inhalants carry a special risk compared to other drugs of abuse because a majority of them are simple, everyday products available in the home or place of business. A huge number of substances and products qualify as inhalants, as well. In fact, more than 1,000 different items can present a serious threat to the user when inhaled.5

While there are an overwhelming number of inhalants, they can be separated into 4 basic categories based on their effects and type:1-3

People abuse inhalants in several different ways, such as:1,3,6

Other terms reflect the specific item being inhaled. Examples of this include:6

How Can I Tell if Someone’s Using Inhalants? 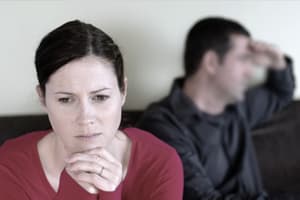 The signs of inhalant abuse may be more covert and subtle than with other drugs of abuse because these substances are mostly legal. Plus, only small amounts of inhalants are needed to produce a high.6 However, there are signs to look out for that include:1,6

You may also notice signs of impairment in the user’s physical and mental health immediately after use (described below).

Many people seek the desired short-term effects of inhalants that resemble alcohol intoxication and include:1,3,6

The high quickly gives way to the unwanted short-term effects of inhalant use, including:1,3,6

How Dangerous Are Inhalants?

Inhalants might seem harmless because many of them are found around the house, but in fact, abusing them is extremely risky. As many as 200 people die due to inhalant complications every year.3

One main reason inhalants are so dangerous is the speed with which they affect the body. When a person breathes in an inhalant, the substance is quickly absorbed by the lungs into the bloodstream. Once in the blood, the drugs are carried to the brain and other major organs throughout the body.1 The effects begin within seconds of inhalation, but last for only a few minutes, which leads many to abuse the drug again right away.2,3 This style of “rapid-fire” use can heighten the effects of inhalants while significantly increasing the risks.1,2

The effects begin within seconds of inhalation, but last for only a few minutes, which leads many to abuse the drug again right away.

Once in the brain, most inhalants act as central nervous system (CNS) depressants, providing a pleasurable euphoric high.3 There is also evidence that many inhalants that have the solvent toluene in them trigger the activity of dopamine.3 Dopamine is an important neurotransmitter that influences movement, emotion, pleasure, and reward.3 Dopaminergic surges in the brain caused by continued inhalant use can pave the way to compulsive use and eventually addiction.3

Inhalant users may suffer uncomfortable inhalant withdrawal symptoms when they try to quit, especially if they have used high doses of inhalants over a long period of time.1 Symptoms include:4,6

Although rare, some people withdrawing from inhalants will have symptoms that mirror those of sedative withdrawal, including:7 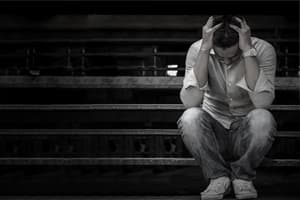 Ongoing use of inhalants allows chemicals consumed to accumulate in the body and brain, which may have an overwhelmingly negative impact on a person’s well-being.1,3

In the brain, inhalant abuse can cause:1

Many of the long-term effects of inhalants are determined by the exact substance being abused.1

Other long-term effects of inhalant abuse include:1,3

With long periods of abstinence, it is possible for damage to be reversed to the brain or other organs. However, in some cases, the unwanted consequences of inhalant abuse are permanent.3

Is It Possible to Overdose? 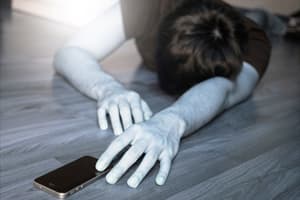 Yes. A person can easily overdose on inhalants, even during their first use.3

Something that makes overdose possible is the fact that, in many cases, a single inhalant product typically contains a large number of chemicals.2

Symptoms of inhalant overdose include:4

Inhalants are deadly when they cause the user’s heart to beat irregularly and then stop suddenly only minutes after consumption. This certain type of overdose is called “sudden sniffing death” and may be more likely when the person is physically active in the moments following inhalation.2-4

Sudden sniffing death is not the only way that inhalant use can be fatal, however. Other deadly effects of inhalant use include:1,3

No matter the individual, the situation, or the substance being used, inhalants present a great risk for short-term, long-term, and deadly effects. Because of this, any time a person inhales a substance, they put themselves in significant danger.

How Is Overdose Treated?

Treatment for overdose must happen quickly to avoid serious injury or death. Treatment will focus on:6

Inhalants are used by young teens because they are cheap, easily available, and more difficult for parents or other loved ones to detect.

With most substances of abuse, older adolescents and young adults consume drugs at rates higher than people in their early teens. Inhalant abuse is the rare exception to this rule, as younger people are more likely to use these substances than older people.1 For many, inhalants will be the first substance that they abuse.

Inhalants are used by young teens because they are cheap, easily available, and more difficult for parents or other loved ones to detect.1

According to the National Institute on Drug Abuse for Teens, in 2016:1

For comparison, the Substance Abuse and Mental Health Services Administration (SAMHSA) reports that only 0.2% of the total population 26 and over used inhalants in the last month.8

As mentioned previously, inhalants represent a vast array of substances with one class separating itself from the rest: nitrites. Unlike the other types of inhalants, nitrites tend to be abused by a distinct subgroup of people interested in the drug’s sexual side effects.1-3

Effects of nitrites include:6

This class of drug dilates blood vessels in the body, which results in:6

Because of these effects, nitrites are most commonly used by a demographic slightly older than other inhalant users. Often, nitrites are used by gay men before and during sex to increase comfort and heighten pleasure.1,6 The specific risks associated with nitrite abuse include:1,6

Getting Help for Addiction 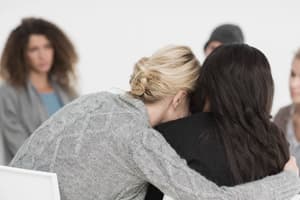 Seeking professional treatment for any substance use disorder is a needed step to achieve and maintain a drug-free lifestyle. Getting help for people with inhalant addiction demands special care and consideration because inhalant abusers are often young.6

Effective treatment for inhalant use disorders will depend on the individual’s state, goals, strengths, and supports and will typically be a multistep process. Having a complete medical and psychological assessment by an addiction specialist will help ensure that the most appropriate level of care is offered.

Regardless of the specific treatment environment, professional inhalant addiction treatment will likely use several behavioral therapies to establish and maintain recovery, such as:2

Group therapy and support groups (e.g., 12-step programs like NA) provide opportunities for continued teaching and practice of tools learned during treatment.9 Group settings sometimes backfire in the case of adolescents, however, because adolescents can tend to reinforce the benefits of substance use with each other. The decision to enter this form of therapy should be considered carefully by the treatment team.10

Inhalant abuse can seem minor because many of the items are commonplace and the high typically doesn’t last long, but abuse of inhalants is perilous and can be fatal in an instant. Finding specialized, professional treatment can help stop inhalant abuse in its tracks—and potentially prevent any future substance abuse.

Big Pharma Tries To Defend The IndefensibleEverything You Need to Know About Over-the-Counter Drug AbuseHow Does Residential Treatment Address Mental and Emotional Concerns?A Ray of Hope for Substance Abuse TreatmentCan We Stop Calling It “Medication-Assisted Treatment”?