Your Guide to Mushroom Addiction Treatment and Rehab Options 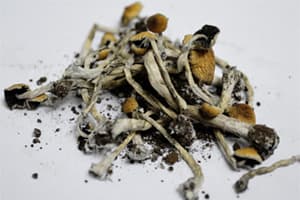 Psilocybin is a hallucinogen derived from mushrooms that grow in tropical and subtropical regions of the world. People have used these mushrooms for thousands of years in religious ceremonies.1 They alter perception and cause hallucinations, so psilocybin mushrooms are sometimes called “sacred” or “magic” mushrooms.

People consume hallucinogenic mushrooms to experience their powerful psychoactive properties; however, doing so may result in several serious side effects. People who use them may experience extreme anxiety, agitation, and paranoia. Long-term use or high doses of psilocybin may cause persistent mental health problems. Regular mushroom users may develop tolerance to their effects, as well as cross-tolerance with other classic hallucinogens, such as LSD. And, though there appears to be no physiological dependence associated with mushroom use, frequent users may experience symptoms of psychological withdrawal after they stop using the drug.1

What Are Psilocybin Mushrooms?

Psilocybin is a hallucinogen that derives from a variety of mushroom species native to certain areas of North, South, and Central America, as well as Europe and Southeast Asia.1 People have used psilocybin mushrooms in religious rituals for centuries. They were historically used to induce detachment from reality and trigger visions thought to provide spiritual insight or enable communication with a spirit.2

Psilocybin has no current medical value and a high potential for abuse.

Due to extensive abuse of hallucinogenic mushrooms, they were made illegal in the U.S. in 1968. Today, psilocybin is a Schedule I Controlled Substance, which means it has no current medical value and a high potential for abuse.1

Mushrooms that contain psilocybin are available in both dried and fresh forms. They have thin, long stems that are topped by dark brown caps. Dried mushrooms are usually a rusty brown color with small areas of off-white. Fresh psilocybin mushrooms have white or gray stems.3

People usually take psilocybin mushrooms orally. Mushrooms are sometimes mixed with foods such as chocolate or brewed with tea to hide their bitterness.3

The effects of psilocybin intoxication usually begin within about 20 minutes of ingesting the mushroom and can last as long as 6 hours.4 Because of natural variations in the proportion and potency of the primary psychoactive substances, mushroom side effects vary from person to person and are often unpredictable. Some of the things that might influence the effect of these substances include the user’s surroundings, expectations, and personality.4

The most common mushroom side effects and signs of intoxication include:1 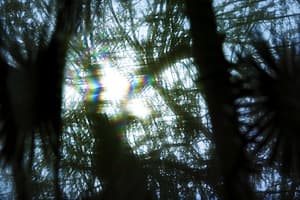 Psilocybin’s effects are thought to be a result of its interaction with the neurotransmitters in the brain that regulate serotonin and the resulting disturbances in normal nerve cell signaling throughout the central nervous system.1 Serotonin plays an important role in influencing our mood, behavior, hunger, and sensory perception.4 Ingesting magic mushrooms is also thought to affect areas of the brain involved in regulating physiological responses to panic and stress.2

What Is a Bad Trip?

A high from psilocybin mushrooms is commonly known as a “trip.” Experiences vary from one person to the next, and change from one high to the next. Someone may have an enjoyable experience with mushrooms once, and then have what is known as a “bad trip” the next time they use the substance. Because of their unpredictable nature, using mushrooms can be especially risky.

The person may feel as though they are going crazy or fear that they will die.

A bad trip involves unpleasant sensations such as extreme anxiety, despair, terror, or paranoia. The person may feel as though they are going crazy or fear that they will die.2 Psilocybin interferes with a person’s ability to think rationally and communicate with others. Because of anxiety and overwhelming distress, someone experiencing a bad trip may display erratic or dangerous behavior. They might become aggressive due to paranoia or put themselves into a dangerous situation to escape from a perceived threat.

If you are worried that you or a loved one might be abusing mushrooms or even addicted, it helps to know the signs and symptoms to look for that would indicate a problem. Keep in mind that it can be difficult to tell if someone is abusing mushrooms, since many symptoms are also present in certain mental illnesses or other types of drug use.

Short-term physical signs of mushroom use can include:6

There are general signs of drug abuse and addiction that can be helpful in determining if you or a loved one has a problem with mushroom use. These general signs may include:5

Side Effects and Consequences 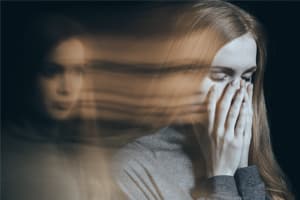 Long-term use of hallucinogens such as mushrooms can result in serious side effects, including a persistent psychosis wherein the person continues to experience hallucinations and paranoia even after the drug has worn off.6 Other long-term side effects may include memory loss, mood changes, and disorganized thinking.6

Another potential long-term side effect is the potential for flashbacks, or recurrences of drug experiences even when not using. Flashbacks may occur more than a year after the person’s last drug use.6 A flashback may entail minor visual disturbances or powerful hallucinations. Persistent flashbacks that affect daily functioning are known as hallucinogen-persisting perceptual disorder, or HPPD.6

One of the most dangerous consequences of using mushrooms is toxic poisoning or death which can result from accidentally ingesting a poisonous mushroom by mistake. There are many different types of mushrooms, and many look alike. Every year, there are cases of poisoning caused by the incorrect identification of toxic mushrooms.7

Several mushrooms contain exceptionally potent toxins. Even consuming a tiny amount can be dangerous. Mushroom poisoning can lead to liver failure, seizures, and even death.7

Several mushrooms contain exceptionally potent toxins, that if ingested can be dangerous.

The initial symptoms of mushroom poisoning depend on what type of mushroom the person consumed, and can include muscle twitches, dizziness, vomiting, diarrhea, tremor, drowsiness, rapid breathing, and drooling. Rapid detection and early medical treatment—including administration of an antidote, if available—are essential to preventing a mushroom poisoning from turning fatal.7 If you suspect any signs of poisoning in yourself or others, seek medical attention immediately.

Though not much is known about the potential for addiction in psilocybin mushrooms, some research indicates the potential for users to develop a tolerance to the drug with regular use.6 This means that they must take more of the drug to receive the same effect.

Developing a tolerance to mushrooms could be dangerous due to the unpredictability of the drug’s effects in higher doses. Additionally, tolerance to psilocybin has been found to produce a tolerance to other hallucinogenic drugs, such as LSD and peyote (mescaline).2

Tolerance for psilocybin is typically short-lived and will diminish after just a few days of not taking the drug.2 Withdrawal symptoms tend to be psychological rather than physical, and regular mushroom users may have trouble discerning reality from hallucinations for a short time after they stop using.1

If you or a loved one needs help to quit using mushrooms or address any mental health concerns that may have led to or resulted from heavy drug use, a professional rehabilitation center can help. There are several approaches to treating drug abuse and addiction, and there is no one method that works best for all patients for all substances. Available options include: 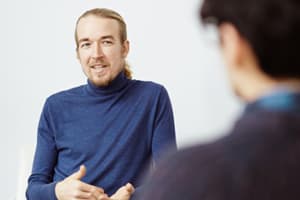 If you or a loved one struggles with psilocybin mushroom addiction, it is important to know that there is help. Reaching out is the first step to ending to your addiction once and for all.

More resources about Your Guide to Mushroom Addiction Treatment and Rehab Options: