If you’re looking to help yourself or someone you love struggling with drug or alcohol abuse issues in Fishers, IN, Rehabs.com offers access to a massive online database of exclusive centers, as well as a host of other alternatives. We can support you in finding addiction care centers for a variety of addictions. Search for an excellent rehab center in Fishers now, and take off on the road to clean and sober living.

Treatment Centers within 120 miles of Fishers, IN

More Treatment Centers within 120 miles of Fishers, IN

More Info About Rehab in Fishers

Latest Reviews of Rehabs in Indiana

Patience, determination, commitment, were all strengths.

- Anonymous
4 out of 5
Bloomington, IN

Lots of help and support. I was in Oaklawn for a lot of issues and I feel that they understand you to help you.

Sadly, it no longer offers the program I had 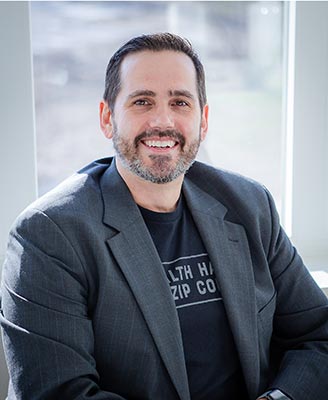 William Cooke, MD
Medical Director
Recovery Centers of America at Indianapolis
William Cooke, MD, FAAFP, FASAM, AAHIVS, is a fellow of the American Academy of Family Medicine and the American Society of Addiction Medicine, specializing in family medicine, addiction medicine, and HIV medicine. His work has been covered by CBS, NBC, PBS, the BBC, USA Today, the New York Times, NPR, and others. In 2019, he was named National Physician of the Year by the American Academy of Family Physicians and joined the ranks of two US surgeons general and a former secretary of the US Department of Health and Human Services by receiving the Ryan White Distinguished Leadership Award. He was also the first physician in the nation to be awarded the Pillar of Excellence by Addiction Policy Forum.
More Info
Connect with Fishers Treatment Centers In 2010, CNNMoney placed Fishers, Indiana at Number 8 on a list of America's best small cities. Recent comments left by readers indicate that it's still an excellent community in which to live and raise a family. Crime rates are a fraction of the national average, unemployment is low and the median income is 33 percent higher than the rest of the Hoosier State. In such an idyllic community however there are still problems. According to the NIDA, one out of every nine youths - 11.4 percent - have taken prescription drugs for non-medical or recreational purposes. This issue is becoming more serious than alcoholism or use of illegal narcotics.

If you suspect your son or daughter has been abusing prescription medications, it's vital to get them professional help as soon as possible.

What You Need to Ask Before Enrolling in a Program

Once you have determined your child needs help, you will want to know if the program is based on the 12-step model, which has proven highly successful. If the program does not follow this model, ask what which model is being used and learn as much as possible.

It's also a good idea to find out if there is someone who can diagnose an underlying mental illness or other psychological condition that may have led your child to use drugs.

What Are Kids Using?

The most frequently abused prescription drug among young people is the painkiller Vicodin, used by approximately 8 percent of those who take such drugs for non-medical purposes. Others include:

Research a Rehabilitation Facility in Fishers

If you need assistance in locating the right treatment program in Fishers for yourself or a family member, please call us today.

A counselor will be happy to put you in touch with an appropriate facility.

Indiana ranks 16th in treatment centers servicing/accepting federal military insurance per 100,000 residents. Connecticut is just 1 spot worse, ranked 17 out of the United States. One spot better is New Hampshire, ranked 15 in the U.S.

For medicare clients, Indiana ranks 17th in population-adjusted treatment centers. One spot worse is New Hampshire, ranked 18 in the U.S. Utah is ranked one spot better at spot 16.

Indiana is 19th among U.S. states in treatment centers servicing or accepting matrix model. One spot worse is North Dakota, ranked 20 in the U.S. One spot better is Nebraska, ranked 18 in the U.S.