If you’re looking to help yourself or someone you love struggling with substance abuse in Bloomington, IN, Rehabs.com offers access to a vast online database of executive clinics, as well as a lot of other alternatives. We can help you in locating drug and alcohol treatment programs for a variety of addictions. Search for a top rehab center in Bloomington now, and embark on the path to clean and sober living.

Treatment Centers within 120 miles of Bloomington, IN

More Treatment Centers within 120 miles of Bloomington, IN

More Info About Rehab in Bloomington

Latest Reviews of Rehabs in Indiana

Strengths:People that work. Weaknesses: I dont know any. People have to want to be there for it to work.

- anonymous
5 out of 5
Bloomington, IN

Patience, determination, commitment, were all strengths.

- Anonymous
4 out of 5
Bloomington, IN
Meet the Pros 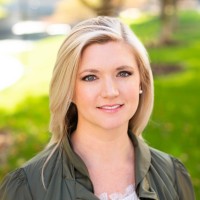 Stephanie Anderson
CEO
Recovery Centers of America at Indianapolis
Stephanie L. Anderson, LCSW is the Chief Executive Officer for RCA at Indianapolis. Stephanie holds bachelor’s degrees in both Criminal Justice and Ballet from Indiana University. She received her Master of Social Work from Washington University in St. Louis, where she specialized in working with at-risk, delinquent youth and their families. Her work included a focus on the treatment of co-morbid mental health and addiction disorders. Both during and after her Master’s program, she worked as a Deputy Juvenile Officer for the St. Louis City Family Courts serving families involved with the Gun Court Program, Child Abuse and Neglect Services, Drug Court Program and General Field supervision Unit. After moving back to Indianapolis in 2008, Stephanie provided direct practice mental health and addiction care to a variety of populations as a Licensed Clinical Social Worker at community-based agencies in Marion County, IN. She began serving the State of Indiana in 2014 as an employee of the Family and Social Services Administration, Division of Mental Health and Addiction, where she was the Deputy Director of Adult Mental Health and Addiction Services. While at the Division of Mental Health and Addiction, Stephanie was responsible for leading Division initiatives related to Adult Forensic Populations, Serious Mental Illness, Addiction Treatment, State Opioid Treatment Programs, Services for Homeless Populations and Veterans, and Emergency Preparedness. In 2016, she continued her public service to the State of Indiana as the is the Executive Director of Addiction Recovery Services for the Indiana Department of Correction. While there, Stephanie and her team lead the transformation of the clinical addiction treatment programming across all the State Correctional Facilities. Stephanie joins RCA at Indianapolis after working in the private behavioral health sector as the CEO of a youth behavioral health residential facility. She is excited to be able to bring her passion for supporting those who seek recovery to the state-of-art programming in Indianapolis.
More Info
Information on Bloomington Treatment Centers Known for its lush green trees and year-round warm weather, Bloomington is known as the "scenic gateway to Southern Indiana." While the community is generally happy and prosperous, many residents find themselves checking into Bloomington drug rehab facilities for various chemical dependencies.

If you or someone you love is having trouble with substance abuse, there are various avenues through which treatment can be sought in the local area.

Questions to Get Answered Before Entering a Rehab

Like many parts of the country, Indiana has a sizable portion of residents that use cocaine, which initially acts as a stimulant and anesthetic, but ultimately becomes addictive and lethal. The many ill effects of cocaine include insomnia, paranoia and high blood pressure, while withdrawal symptoms can range from depression to physical weakness.

Untreated cocaine addictions have often resulted in brain damage and even death, with heart attacks accounting for many lethal cases.

In its 2008 study, the Drug Abuse Warning Network estimated that cocaine was responsible for 48.5 percent of all emergency department visits involving illicit drugs throughout the US. Abuse was most prevalent in the 35-to-44 age group, which accounted for 358.7 cocaine patients per 100,000 US inhabitants. If cocaine has cast a shadow on your life, you should look into the Bloomington drug treatment programs that specialize in cocaine addiction.

What Are the Medicines Used to Treat Cocaine Addiction?

Picking a Recovery Center in Bloomington

Whether you suffer from recent or long-standing substance issues, a major weight will be lifted from your shoulders once you have received the proper treatment.

Call us to get connected with the best Bloomington facilities and start on your path towards a full and happy recovery.

Indiana ranks 16th in treatment centers servicing/accepting federal military insurance per 100,000 residents. Connecticut is just 1 spot worse, ranked 17 out of the United States. One spot better is New Hampshire, ranked 15 in the U.S.

For medicare clients, Indiana ranks 17th in population-adjusted treatment centers. One spot worse is New Hampshire, ranked 18 in the U.S. Utah is ranked one spot better at spot 16.

Indiana is 19th among U.S. states in treatment centers servicing or accepting matrix model. One spot worse is North Dakota, ranked 20 in the U.S. One spot better is Nebraska, ranked 18 in the U.S.