Sixteen-year-old Isaiah had a deep love for his dad, despite his father’s problem with alcohol. He desperately wanted his father to stop drinking, but time and time again the promises his father made to quit were broken. His dad, one person Isaiah was supposed to be able to rely on, couldn’t be trusted. It’s no wonder his mom bailed a few years ago. Heck, sometimes he wished he’d had that option. Even though his mother begged him to live with her, he didn’t want to leave the only stable thing in his life: school and friends. Plus, who knew what would happen to his dad if he took off? So, he stayed and was left to fend for himself. His dad would often stumble in at one or two in the morning, after hitting the bars. Isaiah longed for a relationship with his father, but most of all he longed for a life without broken promises.

According to the National Council on Alcoholism and Drug Dependence, alcoholism affects about 18 million adults in the U.S. Approximately 26.8 million children are exposed to alcoholism in the family and 6.6 million children age 18 and younger live in households with at least one alcoholic parent. Many children of alcoholics, often referred to as “COAs,” live in homes filled with stress, financial hardship, instability, neglect and violence. Unfortunately, these vulnerable youth often struggle academically, behaviorally and emotionally. Children living in this environment may run the gamut of feelings such as anger, embarrassment, shame and most of all hurt. They can also develop insecurities that can lead to emotional scars that they carry well into adulthood.

Additionally, many of these children have had to grow up quickly and take on adult roles. They often become parentified and assume caretaker responsibilities. Sadly, these children miss out on something that so many children take for granted: their childhood. Oftentimes alcoholic parents are so intrinsically centered on their own needs they neglect their child’s needs. These children grow up without the comfort of trust.

As a child, if you can’t trust your parent, who can you trust? 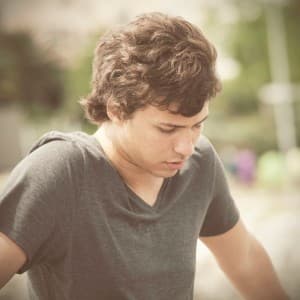 The chances that these youth will become alcohol-dependent are far greater than peers without alcoholic parents. Plus, there is a strong correlation between genetic traits and the development of alcoholism. Statistics tell us that approximately 25 percent of children of alcoholics also become dependent on alcohol in their lifetime. Not only are their chances of alcoholism greater, but they are also at an increased risk of abuse and neglect, and getting into a romantic relationship with an addict later in life.

…alcoholism isn’t an individual problem, but rather a systemic one. And the one it hurts most is the one who doesn’t even drink.-Raychelle Lohmann

These children are no stranger to mental health issues either. Children of alcoholics are at an increased risk for anxiety, depression, obsessive-compulsive disorders (many have a strong desire to be perfect), isolation, and even post-traumatic stress disorder (PTSD). So you can see that alcoholism isn’t an individual problem, but rather a systemic one. And the one it hurts most is the one who doesn’t even drink. 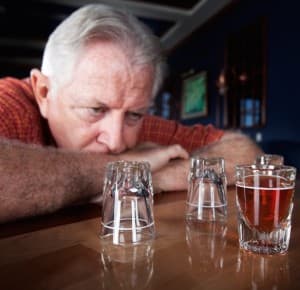 There is no question about it; childhood should be a time of excitement, discovery, growth and development. It’s sad that so many of today’s youth live in homes where a parent struggles with alcoholism. Unfortunately, alcoholism robs not only the alcoholic of his or her life, but also robs their children of childhood.

Alcoholism is a disease that is treatable. For all of the Isaiah’s out there, hold onto the faith that your loved one will get help. Also, know that you cannot burden yourself with the responsibility of getting your loved one to stop drinking. That decision has to be made by the alcoholic. You only have control over one person’s life decisions and those are your own. If your parent does choose to change, rest assured that once the healing begins, the broken promises can end.

For all of the Isaiah’s out there, hold onto the faith that your loved one will get help. Also, know that you cannot burden yourself with the responsibility of getting your loved one to stop drinking.-Raychelle Lohmann

If you are an alcoholic parent, please get help.

Your child needs a relationship with you. Just as you will need professional help, so will your child. COAs need to attend counseling and/or join support groups to help them cope with the trauma of alcoholism.