The Continuing Crusade for Cleaning Up Addiction Language

My favorite television and movie genres are police procedurals and legal dramas. Both frequently involve talk about drugs, alcohol, and addiction. I should be used to it, but I still cringe each time I hear someone referred to as a “CI” (confidential informant) who’s gotten “clean,” an ex-cop who’s a “drunk,” or a suspect who’s a “druggie.”

I’ve said it before and I’ll say it again: people with active substance use disorders (SUDs) are not “dirty.” So why are they described with “dirty” words? I even hear professionals using such language from time to time, even though respected academic and professional organizations, as well as the federal government, have issued positions on changing the language used to talk about substance use disorders (SUDs) and the people who have or had them.

A year ago, under the Obama administration, the federal Office of National Drug Control Policy (ONDCP) issued the document, Changing the Language of Addiction, accompanied by a letter on stationary headed with “EXECUTIVE OFFICE OF THE PRESIDENT.” Did you hear anything about it in the news? It garnered little to no media attention. Given the media and government focus on addiction – in particular the opioid “epidemic” – you’d think more effort would be placed on cleaning up derogatory, stigmatizing, and/or inappropriate language commonly used when people talk about substance use disorders.

This article examines terminology you might never have thought would fit in these categories. 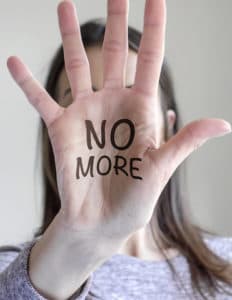 What most people call “detox” refers to the process of providing medical supervision and managing the symptoms of withdrawal as the body rids itself of alcohol and/or other drugs. Detox is also a name commonly used for the places where one goes through this process – typically a separate part of a hospital or rehab but often a freestanding facility.

What’s wrong with “detox?” Santa Barbara psychologist and certified CRAFT therapist Len Van Nostrand, M.A. said, “Detox is a loaded term meaning ‘cold turkey, painful’.” (Sometimes those terms apply; other times they don’t depending upon whether the facility is progressive, providing proper medication to ease the withdrawal process.) Instead, the proper medical terminology for the process is medically supervised withdrawal.

Psychologist Jim Carter, Ph.D., with Specialty Behavioral Health in La Jolla, CA added, “‘Detox’ as a term bothers me because it confuses the heck out of consumers. In fact, medically supervised withdrawal can be done on an outpatient basis but is synonymous with shorter-term inpatient care for many treatment facilities offering what they refer to as ‘detox.’”

It’s true that medically supervised withdrawal can often be done on an outpatient basis – with the help of a physician or psychiatrist, who can prescribe medication to help someone get through the process – and at a much lower cost than when done as an inpatient. At one high-end program I visited while writing Inside Rehab, the daily rates for detoxification services were about $2,100 per day versus $860 for primary residential treatment.

Despite being outdated for at least five years (since the DSM-5 was released), the terms “alcohol abuse” and “alcohol abuser” are still in frequent use. Consider that our lead Federal agency for research on alcohol and health and the largest funder of alcohol research in the world – the National Institute on Alcohol Abuse and Alcoholism (NIAAA) – contains two “A” labels considered passé and stigmatizing.

“Alcohol abuse” was cited in an article in the American Journal of Public Health as “arguably the most pernicious and poorly chosen word in our medical addiction vernacular.” At the very least, the term is incorrect because those addicted to a substance don’t “abuse” it; they cherish it.-Anne Fletcher

“Alcohol abuse” was cited in an article in the American Journal of Public Health as “arguably the most pernicious and poorly chosen word in our medical addiction vernacular.” At the very least, the term is incorrect because those addicted to a substance don’t “abuse” it; they cherish it. More importantly, “abuse” has negative connotations in its association with abhorrent behaviors such as child molestation, rape, and domestic violence. It also “explicitly labels the patient as the perpetrator of disease,” ignoring “decades of scientific research indicating the role of genetics, trauma, and exposure in the neurobiology of the illness” as supported by research published in the International Journal of Drug Policy involving two groups of more than 500 highly trained mental health professionals. From this randomized study conducted by Harvard’s John Kelly, Ph.D. and research assistant Cara Westerhoff, it was determined that the group that read about a patient described as a “substance abuser” agreed more that the person was personally culpable and deserving of punitive (versus therapeutic) action when compared to the group of professionals who read about a patient described as having a “substance use disorder.”

From a more diverse group of more than 300 people, the same researchers published similar findings in the Journal of Drug Issues. Such results have serious implications: negative attitudes of health professionals toward patients with SUDs are common and have been found to adversely affect quality of care for these patients.

I can’t think of any two other psychiatric disorders, aside from SUDs and mental health problems, that we refer to as “dual diagnosis.” We don’t say that someone with depression and anxiety or with bulimia and a personality disorder has a “dual diagnosis.” A reader pointed this out to me regarding my last two articles for people who have loved ones with both substance use and mental health disorders. Practical Recovery’s director, Tom Horvath, Ph.D. feels that “dual diagnosis” is a term we should do away with, preferring “co-occurring disorder(s.)”

On the one hand, it’s important to recognize that many individuals with SUDs also have mental health disorders that need to be addressed and may even take precedence over the SUD at various points in treatment. However, an anachronism in this field is that the notion that “addiction is the primary problem” and, therefore, should be treated first. For instance, one outpatient program I visited had a partnership with an adjoining mental health facility. Its general philosophy was, “Treating the drug and alcohol problem is primary because the danger to your life has to stop.”

I was surprised that clients often were referred for mental healthcare after addiction treatment. Such approaches are inconsistent with the practice of integrated substance use and mental health disorder treatment – that is, assistance for both conditions in one setting, during the course of the same treatment episode and by the same clinicians or team of clinicians. Such treatment is associated with reduced substance use and increased abstinence odds, improved psychiatric symptoms, better life quality, and lower costs.

Mark Willenbring, MD, formerly with NIAAA and now director and owner of the progressive addiction clinic, Alltyr in St. Paul, MN, said, “My take is that ‘dual diagnosis’ puts a label on a patient that is a projection of ‘dual system disorder.’ It’s the treatment systems and concepts that are badly outmoded, rigid, and ineffective. It’s completely unfounded, scientifically invalid, nonsensical, and ignorant. The ‘issues’ will go away when addictions are treated like any other disorder. When someone has asthma or hypertension along with depression, we don’t have conversations about whether to treat the depression first, the asthma first, or the hypertension first. It’s obviously absurd. Same applies here.” 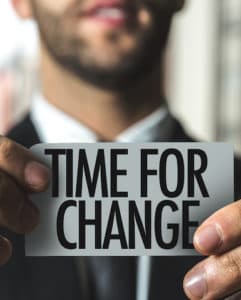 The term “medication-assisted treatment” (MAT) is usually applied when someone is receiving any of the three medications for an opioid use disorders (OUD): buprenorphine (usually prescribed as Suboxone), methadone, or naltrexone. Why are they called “assisted” forms of treatment when they are probably the most important components of care for most people with an OUD? Buprenorphine or methadone treatment do not result in getting “high” when the dosage of medication is appropriate. They instead help to reduce opioid cravings, restoring balance to the brain circuits affected by addiction. Therefore, they are not “substitutes” for problematic opioids.

Naltrexone works differently – if someone uses an opioid while on it, naltrexone blocks the euphoric and sedative effects of the opioid and prevents feelings of euphoria. For OUDs, when we use the term “assisted,” it implies that the medication is less important than other forms of treatment, such as counseling, which is usually recommended for OUDs as well. However, it’s unclear from research studies whether counseling provides any added benefit to medications. (It likely depends on the individual.)

Moreover, we don’t need anything to add to the stigma many people on such medications already feel when 12-step recovery group members sometimes tell them they’re not “really” in recovery. According to the American Society of Addiction Medicine, medication is a treatment. So why not call it “treatment” or “opioid agonist treatment?”

Note, too, that when other disorders are addressed with a multi-pronged approach, we don’t label any one component as being “assistance.” For instance, in the case of diabetes, medication, exercise, and diet are all important for most patients. Dr.Horvath said, “I propose using the name of the specific medication: naltrexone therapy, buprenorphine therapy, etc.”

Why Care About Words Used in SUD Treatment?

Isn’t at least some of this nit picking? Consider the following words from the editorial team regarding publications in the journal, Substance Abuse: (Yes, the journal name is problematic, which the editors address in their guidelines.)

“Appropriate use of language in the field of addiction is important. Inappropriate use of language can negatively impact the way society perceives substance use and the people who are affected by it. Language frames what the public thinks about substance use and recovery, and it can also affect how individuals think about themselves and their own ability to change. But most importantly, language intentionally and unintentionally propagates stigma: the mark of dishonor, disgrace, and difference that depersonalizes people, depriving them of individual or personal qualities and personal identity. Stigma is harmful, distressing, and marginalizing to the individuals, groups, and populations who bear it.”

My next column will specifically address the term “harm reduction” and whether we should do away with it.