Years later, I discovered the little book, Living Sober, when I started writing about substance use disorders and recovery, finding that not only does it dispute a number of misconceptions often perpetuated about AA, but it’s filled with pearls of wisdom. It may be familiar to AA regulars, but when working clinically, I found that many clients – be they AA attendees or not – didn’t know about it.

What is Living Sober?

Living Sober was written by AA member Barry Leach and first published in 1975 by AA World Services with an update involving slight changes in 2012. 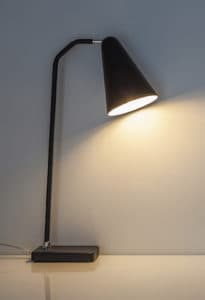 Leach is said to have gathered information for the book by asking for input from many AA members who had long-term sobriety. It describes methods for staying sober that were developed by AA members after publication of the Big Book in 1939. Living Sober “does not offer a plan for recovery from alcoholism.” Rather, it shares some methods members used for “living without drinking.”

The text is more or less a description of AA in a nutshell (more for people who are already sober than newly sober) without any reference – aside from in the appendices and descriptions of other AA publications –  to a higher power, powerlessness, or spirituality, aspects of AA that put many people off. A reviewer by the name of John L. said, “Living Sober is explicitly secular… What a contrast this is to the helpless-without-god religiosity in the Big Book!”

So if you want to learn more about AA, Living Sober is a kind of primer on other AA basics, such as sponsorship, staying away from the first drink, and taking sobriety a day at a time. If you’re put off by such basic practices of AA, try to look past them to find the pearls. And if you want more of the traditional ways of AA, turn to such guides as the “Big Book” or the Twelve Steps and TwelveTraditions.

You may not like or agree with everything in Living Sober. For instance, it still holds on to absolutist notions such as “alcoholism is an incurable, progressive, fatal disease,” which isn’t true for many people with alcohol use disorders, even severe ones. And what it says about “cross addiction” isn’t accurate – that is, the book suggests that if you’re addicted to alcohol, you need to “go to great lengths to avoid all commonly abused drugs…and even many over-the counter remedies and herbal supplements.” (See “Are You Really At Risk for Cross Addiction?”) But the book admits that it’s based on members’ personal experience, not science.

For people put off by things they’ve heard about AA or experienced at meetings, here are some misconceptions challenged by the “little book,” Living Sober (the main text is 86 pages long):

Following are some great suggestions Living Sober has to offer. Any good addiction treatment program will provide encouragement to engage in the following activities, but most people with substance use disorders don’t go to treatment or AA for that matter. 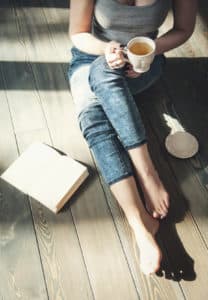 All in all, Harvard’s John Kelly, PhD, perhaps the most prolific AA researcher, concludes:

“The way that AA has been shown to work in scientific studies is more aligned with the experiences reported by its own larger and more diverse membership as detailed in its later social, cognitive and behaviorally oriented publications such as Living Sober (written when AA had more than a million members, about half of whom had at least five years of continuous sobriety) than with its quasi-religious/spiritually oriented ‘Big Book’ based on the experience of fewer than 100, very severe, nearly all male individuals –most with very short-term sobriety.”

In other words, for many, it’s more suitable for today.