“Sobriety Does Not Have to be Main Goal of Alcoholism Treatments, FDA Says.” An article by this title was cited by “Join Together” – a daily addiction news service from the Partnership for Drug-Free Kids – as a “most read” article for last month. The “news” was that in February, FDA issued an official draft to guide development of drugs for the treatment of “alcoholism” that allows not only for abstinence as an outcome of studies showing efficacy of medications for their approval for clinical use but also allowing for a pattern of reduced drinking – described as “no heavy drinking days” – as an outcome.

The FDA points to the World Health Organization definition that “alcoholism” is “generally taken to refer to chronic continual drinking or periodic consumption of alcohol which is characterized by impaired control over drinking, frequent episodes of intoxication, and preoccupation with alcohol and the use of alcohol despite adverse consequences.”

Why Are Abstinence and “Drinking Less” Acceptable? 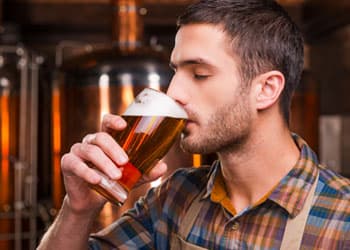 In short, the FDA guidelines officially recognize that abstinence is not always attainable in clinical settings and that there can be significant benefits when drinking is reduced. Yet for some time now, researchers doing studies in this area have considered “percent subjects with no heavy drinking days” to be an efficacy end point recommended by the FDA. And that would include as successful responders to treatment both abstinent individuals and those engaging in non-risky drinking. FDA spokesperson Eric Pahon affirmed, “The ‘new’ guidelines are not much of a change – it’s just that we’ve finally written it down so there’s a clear, written indication of FDA’s current thinking on the topic.”

However, Mark Willenbring, M.D., who now directs Alltyr treatment clinic in St. Paul, MN said, “When I was director of treatment and recovery at the NIAAA [he left that position about 6 years ago], we worked very, very hard to get the FDA to go this far. I’m very pleased that our efforts paid off. It took about 10 years.”

What Are Low-Risk Drinking Levels?

Pahon points out that how much people drink is a “surrogate endpoint.” In other words, it’s not a direct measure of how someone feels or functions. Studies that show these physical and social impacts would be long and large and may be impractical. “Alcoholism carries profoundly destructive physical, mental and social consequences,” said Pahon. “What we want is to ensure that the widest range of safe, effective, and high-quality treatments are available to help treatment professionals and patients fight it.” And studies show that lowering heavy drinking to “low-risk” daily limits is sufficient to avoid most of the physical and psychosocial consequences of alcoholism. (Comments about the FDA’s recommendations can be submitted until April 13, 2015 at regulations.gov.)

Some people are interpreting the FDA’s new guidelines to mean that the FDA has accepted a ‘harm reduction’ approach to… ‘alcoholism.’-Anne Fletcher

Some people are interpreting the FDA’s new guidelines to mean that the FDA has accepted a “harm reduction” approach to treatment of “alcoholism.” However, the FDA avoids the term harm reduction, preferring to use “non-risky drinking” to describe an acceptable outcome for alcoholism in addition to an abstinence outcome.

Anytime an issue touches on “harm reduction,” a heated discussion ensues among people working in the addiction field and those in recovery, as it did in the comments section of the “Join Together” article. It did not appear that a number of people had read the FDA’s guidance paper, understood its intention, nor even grasped the intent of harm reduction.

Comments included concepts such as the following:

FDA’s Pahon responded, “We issued our recommendations to help with clinical development of drugs that treat alcoholism, describing alternatives to abstinence-based endpoints that have often been considered unattainable in clinical trial settings and that might be considered a hindrance to clinical development for drugs to treat alcoholism. While total abstinence from alcohol is desirable, reducing heavy drinking to within low-risk daily limits presents an alternative goal in drug development so more treatments may be developed.”

While total abstinence from alcohol is desirable, reducing heavy drinking to within low-risk daily limits presents an alternative goal in drug development so more treatments may be developed.-Eric Pahon, FDA 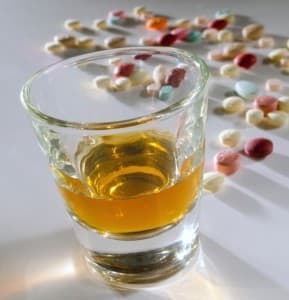 The truth is that currently, we only have three FDA-approved medications for alcohol use disorders, and they are certainly not blockbusters when it comes to treating the problem. (See “What Medications Can Help You Get Sober?” and “The Realities of Prescribing and Taking Meds for Alcohol Use Disorders”) In other words, we need more help for a problem that afflicts tens of thousands of people and their family members each year. If we say it’s a “disease” or “disorder,” why would we not treat it like one, denying people medications for their problem?

Brown University professor of medicine, Peter D. Friedmann, M.D., M.P.H. recently stated in Clinical Psychiatry News, “Medicine has long accepted disease-modifying therapies as organ- and lifesaving for other disorders – gold salts and methotrexate for rheumatoid arthritis come to mind. Such remittive agents reduce disease activity without an insistence on complete, total, and lasting cure. These medications are called effective treatment, and are not burdened by the apologist moniker of ‘harm reduction.’ Effective remittive therapies for alcohol dependence such as naltrexone… should not be viewed any differently.”

Certainly abstinence is ideal but it’s unattainable for many people, at least initially. Harm reduction is not about turning “alcoholics” into moderate drinkers. As one commenter nicely put it,

“Harm reduction is not about taking abstinent individuals and encouraging them to resume use. It’s about changing unhealthy, harmful use, to less harmful use. The resulting wellness sometimes motivates individuals that were previously unwilling to attempt abstinence to do so. It’s also about having meaningful, non judgmental, conversations with a wider audience about their drug use and recognizing that self-directed harm reduction is a part of almost every addiction sufferer’s change cycle.”

Is Harm Reduction Becoming a More Acceptable Outcome to Clinicians?

…the late Alan Marlatt, Ph.D. of the University of Washington emphasized that harm reduction shifts ‘the focus away from drug use itself to the consequences or effects of addictive behavior.’

“Harm reduction” typically means meeting people with alcohol and drug problems “where they’re at” and usually includes using less alcohol or fewer drugs as opposed to quitting completely. In addition, early advocate for and expert on harm reduction, the late Alan Marlatt, Ph.D. of the University of Washington emphasized that harm reduction shifts “the focus away from drug use itself to the consequences or effects of addictive behavior.” Thus, it also refers to practices having to do with lowering hazards caused by use, such as offering clean needles to people injecting drugs, getting into fewer fights, engaging in less risky sex, and having fewer mood swings. Explaining that someone who’s not ready to quit using when first seeking help will often choose abstinence after a period of time, Marlatt said, “Moderation is often the pathway to abstinence.”

Although this is not a discussion of returning to or learning how to use substances such as alcohol moderately or socially for a person who once met the criteria for addiction, it’s important to note that this happens more often than most people think and can certainly be an acceptable goal for certain individuals, particularly those with less serious substance problems. Through making better decisions, harm reduction counseling can help them bring about the changes they need to use more sensibly.

Although this is not a discussion of returning to or learning how to use substances such as alcohol moderately or socially for a person who once met the criteria for addiction, it’s important to note that this happens more often than most people think and can certainly be an acceptable goal for certain individuals… with less serious substance problems.-Anne Fletcher

Views about harm reduction may be changing in more traditional clinical addiction circles as suggested by a 2012 survey of more than 900 National Association of Alcoholism and Drug Addiction Counselors from across the United States in which about half of respondents said it would be acceptable for some of their clients who abused alcohol to limit their drinking but not totally give it up. This is about double the number of treatment program administrators who said this 12 years earlier.

As I traveled around the country visiting treatment facilities while writing Inside Rehab I found some interesting discrepancies between what was said and what was done in some outpatient programs when I asked administrators, “Do you offer any harm reduction approaches for drug and alcohol problems, or is your program strictly abstinence-based?” Some told me that while the program goal “on paper” is abstinence, it’s different in reality. One said, “We preach abstinence but there are times when all we can hope for is harm reduction.” Another said, “To be licensed, we have to say our goal is ‘drug-free,’ but we don’t kick people out if they lapse. To a degree, whatever it takes to get you where you want to be, we’ll work with you.” That is meeting people “where they’re at” and treating addiction like other chronic disorders.