Marijuana, like alcohol, is a drug commonly used and abused by teens. With a society that promotes a climate of pro-legalization, teens are receiving a mixed message about marijuana. Is the drug safe or not?

One search of the Internet can quickly land a teen on a site promoting and justifying the use of marijuana. Unfortunately, teens are beginning to think it’s not all that dangerous, which can lead to a path of experimentation.

What makes a teen try marijuana? Looking for a single reason is like looking for a needle in a haystack. There are multitude of reasons teens choose to use marijuana. 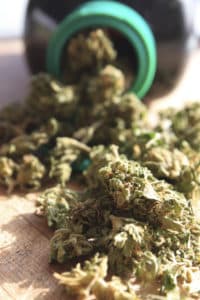 Many teens are looking from an escape from everyday problems. As a result, they may turn to marijuana to help deal with painful emotions and cope with mental illness.-Raychelle Lohmann

Unfortunately, marijuana use continues to be an uphill battle with teens. For parents, educators, and community members, we must remain vigilant in spreading the message about the dangers associated with marijuana use.

Legalization of marijuana is contributing to the belief that the drug is harmless; however, research offers concerning results regarding adolescent use. It’s time teens get the real story about what marijuana can do to their bodies, their brains and their futures.