The Role of Adverse Childhood Experiences (ACEs) in Addiction

Trauma during our formative years can leave a lasting impact—one that stretches beyond adulthood and shapes virtually every aspect of our future: How we think, feel, act. Who or what we seek out or avoid. But especially our physical and emotional health.

Another significant consequence of early adversity? Addiction (including use of tobacco products). Higher rates—and often, more severe symptoms—of addiction are found among individuals who have experienced some type of childhood trauma. And the effect of trauma upon addictive behavior is additive: The more instances of trauma someone has experienced, the worse their addictive behaviors and prospects for recovery appear to be. 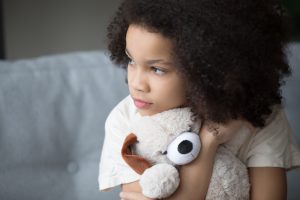 Why do ACEs make our mental and physical health worse?

Early adversity is thought to reshape the brain—including the many systems involved in emotion and stress regulation, craving or desire, and self-control. In other words, the areas involved in addiction are radically altered by exposure to early trauma, which sets individuals up to be more vulnerable to drugs of abuse and addictive behaviors.

“ACE and ACE-related disorders are associated with enduring effects on the structure and function of neural stress-regulatory circuits …  and promote alterations in stress sensitivity and emotion regulation in later life,” write ACEs researchers Julia Herzog, Ph.D., and Christian Schmahl, Ph.D., in the journal Frontiers in Psychiatry.

The sheer overactivity of the stress response system may push individuals who have experienced childhood trauma to seek relief from such overactivity at all cost, further damaging the very pathways and systems initially upset by the original adverse experience.

As Dr. Vincent J. Felitti, M.D., writes in a review of ACES research, “The compulsive user appears to be one who, not having other resolutions available, unconsciously seeks relief by using materials with known psychoactive benefit, accepting the known long-term risk of injecting illicit, impure chemicals.” Not only are individuals’ brains radically rewired because of early trauma, but their yearning to escape their painful memories and experiences may incline them strongly towards drugs of abuse—even if they are aware of the consequences of such behavior.

The same reasoning applies to the lifestyle habits of individuals who have weathered one or more ACEs. The inclination towards overeating and obesity, overuse of drugs, alcohol, and tobacco, as well as engagement in risky behaviors (e.g., unsafe sex, wreckless driving, or law-breaking) are higher among those who have experiences childhood trauma—likely, researchers reason, due to trauma’s re-wiring of brain areas involved in self-control and stress regulation combined with a desperation to flee from traumatic memories, shame, and other long term effects of trauma.

What counts as an adverse childhood experience?

Generally speaking, trauma refers to an experience that overwhelms a person’s ability to cope and elicits a sense of helplessness, powerlessness, and, often, terror. It can be physical, emotional, or both. As far as research into ACEs is concerned, the following experiences have been studied as significant traumatic factors in a person’s upbringing: physical abuse or neglect, sexual abuse, emotional abuse or neglect, having a household member incarcerated, experiencing the divorce of one’s parents, living with a family member or individual who has a severe mental illness, witnessing intimate partner violence, and being exposed to a caregiver’s substance abuse all count as adverse early childhood experiences.

Overcoming ACEs and their long term behavioral consequences, like addiction

What does this mean for treatment? For those who have experienced adversity in childhood, dealing with addictive behavior itself may just be a starting point. The wounds of childhood trauma run deep and can take many years of intensive psychotherapy to heal from. In many cases addictive behavior may not be able to be overcome without ultimately facing the deeper wounds that lie beneath. 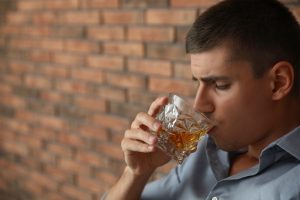 Treatments for trauma are wide ranging. Common approaches include those targeted towards PTSD. Like cognitive behavioral therapy (CBT), which helps people identify and alter maladaptive thought processes; or eye movement desensitization and reprocessing therapy (EMDR), where a clinician helps you alter emotions evoked by recalling traumatic memories by guiding you through eye movements that mimic REM sleep, imagery, and employing sounds or sometimes tapping techniques—the goal being to render the traumatic memories increasingly less overwhelming and more bearable.

Another approach to treating trauma is cognitive processing therapy (CPT), which involves rehashing a traumatic experience with a trained clinician via talk therapy and detailed writing with the clinician’s assistance in identifying and considering alternatives to faulty beliefs that perpetuate the trauma’s negative effects (like the belief that the trauma was the victim’s fault, or the belief that the victim is just as powerless and vulnerable as they were when the trauma occurred). As is component based psychotherapy (CBP), which involves developing coping skills to prevent retreat into dissociation in the context of a strong and trusting therapeutic relationship.

What else can we do about Adverse Childhood Experiences?

One of the most important techniques for stemming the long reaching and life-shattering effects of childhood adversity is screening for its occurrence as soon as possible. Such a task can be taken on by pediatricians and early childhood care professional, as well as anyone in a school or even university setting. The earlier an ACE is caught, the sooner an intervention can be delivered that may promote healing and prevent maladaptive coping skills (e.g., substance abuse and obesogenic lifestyle habits) from becoming second nature at an early age.

The earlier we learn a coping skill (be it good or bad) the easier it is to implement that coping skill consistently throughout our lives, consistently. By the same token, earlier learned coping skills are also much, much harder to unlearn as time goes by. Hence the importance of considering early maladaptive coping skills, like drug abuse or risky behaviors in childhood and adolescence, signs that something deeper may need to be explored—and reframing the targeting of such maladaptive behavior as an opportunity to teach at risk individuals better self-care, communication, and adaptive coping skills that can help soothe their brain’s overactive stress response systems, encourage healthier lifestyle habits, and bolster their resilience as well as healthy connectedness to others.