The Abuse of Hashish & Treatment Options

Abusing hashish is not a harmless habit—it can cause cognitive deficits and impair learning abilities, especially in adolescent users. It is important to understand the risks of hash abuse and dabbing, as well as the hash abuse treatment options that are available. Finding help for hashish abuse doesn’t have to be overwhelming, we’re here to help. 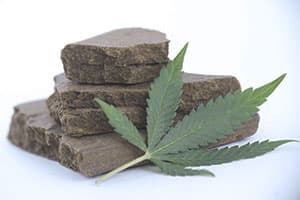 The term “hashish” refers to a sticky resin extracted from marijuana flower buds. The main psychoactive element in hashish is tetrahydrocannabinol (THC), and it can cause many different effects depending on the dose. Hashish tends to have a higher THC concentration than the marijuana flowers alone, resulting in a more powerful high.1 Hashish can also be processed into hash oil, which is a tar-like liquid containing even higher concentrations of THC. Hashish and hash oil look like thick, sticky, dark brownish-green substances, and they tend to have an herbal scent to them.

Marijuana and its extractions, including hashish, are among the most used illicit drugs in the United States. While data specific to hashish is limited, there have been many studies on marijuana, which hash comes from. More than 22 million Americans age 12 or older were current users of marijuana, in various forms including hashish and hash oil, in 2015, corresponding to 8.3% of the population.2

Hashish and hash oil are part of a larger group of cannabis products known as marijuana concentrates, or THC extracts. This group also includes wax and a harder concentrate known as shatter. All of these feature high concentrations of THC and may produce relatively more powerful highs than many other, non-extract forms of marijuana.

Users of hashish tend to smoke the resin or oil, either by adding it to a joint, pipe, or bong, or by heating up a special type of bong to vaporize the hash, known as dabbing. Some people incorporate hash into food to get high. These THC-rich foods are known as edibles. Inhaling or eating the hash sends THC into the bloodstream and, eventually, the brain where it exerts its powerful effects, which can range from relaxed giddiness to anxious paranoia.

Despite the possibility of a bad high, marijuana and hashish use seems to be on the rise, though use rates in 2015 were similar to those in 2014.2,3 Nearly 4 million people struggled with a diagnosed marijuana use disorder in 2015, almost 2 million of whom were only 18 to 25 years old.2 Stopping the cycle of abuse is a vital part of avoiding the potential life consequences associated with hashish addiction.

How Is It Different from Marijuana?

The term marijuana generally refers to the flowers, or buds, of the female cannabis plant. On the surface of the flowers or buds, the THC-rich resin from which hashish derives coalesces on plant structures known as trichomes. Most marijuana buds have an average THC concentration of around 3%.1 And, while hashish comes from the surface of marijuana flowers, it is very different in terms of potency. Hashish averages between 2% and 8% THC, but some hashish can contain as much as 20% THC.1 Hash oil can be even more potent, averaging between 15% and 50% THC, with some hash oils reaching nearly 70% THC.1 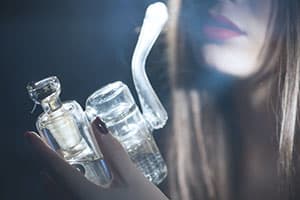 This stark difference in potency results in hashish and hash oil being capable of producing a much more powerful high. People who use hashish may have built up a tolerance to marijuana’s effects, so they turn to more powerful alternatives to get the high they want. One study found that almost 20% of marijuana users reported using hashish, and feeling “hooked” on the marijuana high nearly doubled the odds of using hashish.3

Both marijuana and hashish are available from street dealers, and both can be sold in certified medical marijuana dispensaries around the United States. They share the same active ingredient (THC) and the same kind of high. The main difference between the two drugs is the degree of potency, with hashish containing much higher percentages of THC. This difference in concentration can impact the risk of developing a dependence or addiction. Users of marijuana concentrates report that they develop a higher tolerance and experience a more pronounced withdrawal than they do with regular marijuana flowers.4

How Is It Used?

Hashish can be used in a couple different ways, mainly centered around inhaling it or eating it. Pipes, vaporizers, water pipes (bongs), and hand-rolled cigarettes (joints) are various tools that people use to heat up the hash and inhale the smoke or vapors to get high. Other ways of using it include incorporating it into food and eating it to get high. These methods of ingestion are very similar to the ways that marijuana buds are used and include the use of similar paraphernalia. 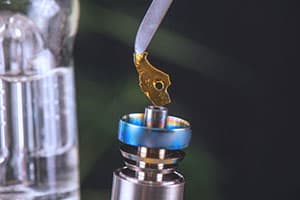 One of the greatest differences between water pipes, or bongs, used to smoke marijuana and those used to smoke concentrates like hash oil is the manner in which a user heats up the drug. Bongs used to smoke marijuana have a little bowl to put the weed in so that it can be ignited with a lighter to produce the smoke that gets inhaled. Some people add hashish to their marijuana bowls to intensify the experience.

With hash oil, wax, and shatter, however, a regular bowl will not work because a lighter cannot provide enough heat to vaporize the tar-like resin. Bongs for marijuana concentrates have a different kind of bowl, usually made of ceramic or metal, that gets heated up before the product is applied. It may be heated up with a blow torch to get to the right temperature to vaporize the product for inhaling. Marijuana concentrates can also be added to high-temperature vaporizers, or e-cigarettes.

The term dabbing refers to the inhalation of vaporized marijuana concentrates. While hashish itself is not used for dabbing, other THC extracts like hash oil and wax are the primary forms used in this practice. Dabbing involves the use of specialized water bongs to heat up, vaporize, and inhale the drugs. These specialized bongs have a different kind of bowl, usually made of titanium or ceramic so that it can be heated up by a blowtorch to very high temperatures.
THC extracts like hashish, hash oil, wax, and shatter often produce more intense effects than traditional forms of marijuana due to their potency.
Once adequately heated, the user takes a little ball of the marijuana concentrate and applies it to the heated bowl to vaporize and inhale. This little ball is sometimes referred to as a dab, and the entire process is referred to as dabbing. There is some anecdotal evidence that dabbing may lead to higher tolerance and withdrawal than regular marijuana among regular users.4 This may translate to a higher risk of dependence and addiction, but more evidence is needed before that claim can be solidified.

THC extracts like hashish, hash oil, wax, and shatter often produce more intense effects than traditional forms of marijuana due to their potency. When people use cannabis products recreationally, they are usually seeking these kinds of effects:5

Unfortunately, this high doesn’t always go as planned. Sometimes, things can take a turn for the worse, resulting in very unpleasant side effects:5–7

These side effects can be extremely disturbing, and users of marijuana concentrates are at an increased risk of suffering these effects.

What Are the Risks?

Regular or frequent hashish users run a high risk of negative consequences. On top of the risk of facing an unexpectedly strong high that could result in panic and paranoia, chronic users may find themselves developing a dependence on the drug, meaning they feel like need it in order to function normally.

Stepping away from regular hashish use can be difficult, but it is possibleThe negative impact of long-term misuse and dependence on cannabis-containing drugs like marijuana and hashish can affect your daily life:8

On top of these issues, people who abuse cannabis products like hashish may face serious physical and psychological consequences, including:7–10

When frequent users stop using hashish, they may begin to notice uncomfortable withdrawal symptoms, including irritability, anxiety, muscle pain, and low appetite.11 Withdrawal is a major sign of physiological dependence, a phenomenon that often closely accompanies the development of an addiction.

What Are the Treatment Options?

Information specific to hashish recovery is extremely limited, but because it contains the same active ingredient as marijuana, we can use available information about marijuana recovery to inform our understanding and to guide treatment best practices. When a person decides to get help for their hashish problem, the first step will be to detox, meaning clearing all the THC from the body through sustained abstinence.

During the detox period, a person may experience uncomfortable, but not deadly, withdrawal symptoms. These symptoms typically start around 1 to 2 days after use is stopped and resolve after around 10 days.11 Once detox is complete, the real work begins. 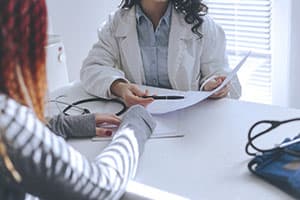 The first thing you’ll have to decide is whether you want to work through an inpatient or an outpatient program. Inpatient programs tend to be more rigorous, as you will be staying at the treatment facility for the duration of the program. These provide 24/7 psychological and medical support, so you will have top-notch care throughout treatment.

An outpatient program allows you to live and sleep at home throughout the program, checking in on a regular basis for treatment sessions. These programs may be a challenge for those who do not have strong internal motivation to get clean but are an excellent option for those who cannot take time away from home responsibilities.

During your treatment program, you will work through individual and group therapy sessions to help you build up your abstinence skills. During therapy, you will learn how to maintain abstinence longer and live a satisfying life without hashish. Some particular therapies that have been found to help with cannabis addictions include:12

What’s the Next Step?

Hashish is a powerful drug that can have many negative effects on your life. Stepping away from regular hashish use can be difficult, but it is possible and we’re here to help you through the process. Don’t let your hashish habits stop you from being the best you possible. Reach out for help and reclaim your life.

More resources about The Abuse of Hashish & Treatment Options:

Marijuana Street Names and NicknamesHere’s What Can Happen If You Smoke Too Much WeedDrug Testing: How Urine Samples Turn Into Big BusinessCT Website Offers Real-Time Treatment Bed AvailabilityInspirational Quotes to Help Overcome Drug or Alcohol Addiction

MarijuanaRehab Treatment
Want to get help, but not ready to talk?
Instead, sign up for text support to receive: