Though not as readily available as they once were, some barbiturates continue to be abused for their sedating high that includes effects such as: 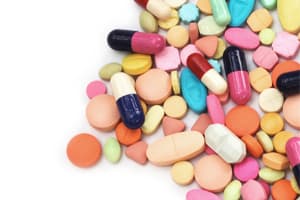 Barbiturates are sedative drugs once widely prescribed for their anxiolytic, sleep-inducing, and anticonvulsant properties. Though effective for managing seizures and anxiety, prescriptions for and use of barbiturates has significantly declined due to their dangers. These include their addictive potential, overdose risk, and narrow therapeutic range (which means there is a very narrow window between the amount needed to have a therapeutic effect and the amount that can result in coma or death).13 Medical professionals view other drugs, including benzodiazepines and sleep medications (e.g., Ambien), as safer and more effective options.4

Available under brand names like Seconal and Fiorinal, slang, or street, names include:2

Barbiturates are a group of medications that have been used for numerous medical reasons for more than 100 years.1-4 At one point, there were about 2,500 barbiturate variations created, but now only about 10 variants are employed by medical professionals.3 Available as an oral pill or injection, barbiturates are known by generic and brand names like:1,3,4

Today, the range of medical uses for barbiturates has markedly narrowed. With a similar range of effects, the benzodiazepines (e.g., Valium, Xanax) have largely replaced the barbiturates for a number of medical applications. However, they continue to be used, to a lesser extent, for preoperative sedation and as treatment for:1,3

According to the Substance Abuse and Mental Health Services Administration (SAMHSA), 452,000 people used barbiturates within the last year.5 This number is small when compared to benzodiazepine users (30 million in the last year) and reflects the significant reduction in prescribing. 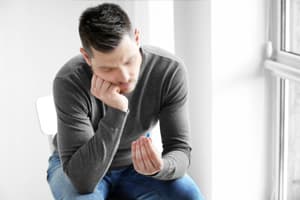 Most barbiturates are Schedule II controlled substances, indicating they have a high potential for abuse and dependence.2,4

When they are consumed, barbiturates trigger specific chemical changes in the brain. Barbiturates enhance the activity of GABA, a neurotransmitter that relays certain types of signaling between brain cells; this, in turn, leads to slowed brain activity and sedation.4

Barbiturates have certain desirable effects, including relief from anxiety and a mild euphoria.2 For some people, these positive feelings reinforce continued use, often with escalating frequency and dosing, as the body quickly becomes tolerant to the effects. This not only raises the risk of addiction development, but also of deadly overdose.

The journey to a healthy, sober life is not a quick and easy one. It is a lifelong commitment of dedication and hard work. Like any journey, the road to sobriety begins with simple steps forward. Most drug and all alcohol addictions require a phase of detoxification at the start of the rehabilitation process.

The fact that someone is prescribed the medication does not mean they cannot abuse or become addicted to it. Barbiturate addiction is marked by the compulsive drive to use the drugs regardless of all of the negative things that happen as a result.

Someone who has developed a barbiturate addiction or a sedative use disorder may display certain signs and behaviors, as well as experience symptoms such as:7

Someone using barbiturates who meets just two of these criteria may have a substance use disorder.7

There are additional signs that point to a problem with barbiturate abuse. Someone misusing these drugs may: 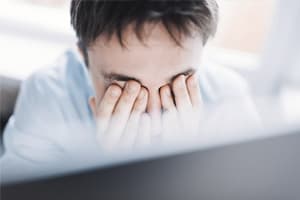 When consumed, barbiturates have short-term effects that are similar to those of other CNS depressants like:1,2,7

Barbiturate intoxication can look very similar to alcohol intoxication, as both drugs are depressants and affect the body and brain in similar ways.7

The effects will increase proportionally to the dose of barbiturates. Higher doses lead to more significant signs and symptoms. For example, someone using small doses may have memory problems; someone using large amounts of barbiturates may experience gaps of memory comparable to blackouts produced from excessive alcohol consumption.7

People using barbiturates at high doses face risks that may include:1,2,7

Another frightening risk is that of sexual assault.7 At high doses or in combination with other drugs like alcohol, barbiturates may be used to incapacitate someone to the point where they are unable to resist an attack.

Barbiturate use may also result in an impaired ability to drive and increase the risk of bodily injury.

Barbiturates and Other Drug Use

Another tendency is for people to abuse barbiturates and alcohol concurrently.9 Alcohol and barbiturates work synergistically to amplify the inhibitory nature of GABA.8 Using alcohol with barbiturates can produce a more intense euphoria and temporarily relieve anxiety to an even greater extent, but this combination can produce unwanted effects that far outweigh the perceived benefits.

Can You Overdose on Barbiturates? 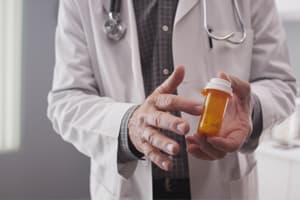 Overdosing on barbiturates is very possible.3 In fact, there is an enormous risk of overdose for anyone abusing barbiturates, especially if they are combining the substance with other CNS depressants. The high risk of overdose is a significant drawback related to barbiturates and one reason that benzodiazepines are currently prescribed at much higher rates.4

People would take their recommended dose of the barbiturate, forget that they had taken a dose, and take another dose.

Other people would unintentionally overdose on their prescribed barbiturates due to a problem called the “automatism phenomenon.”3 These people would take a recommended dose of the barbiturate, forget that they had taken a dose (possibly due to memory and attention problems associated with the drug), and take another dose.3

Most barbiturate overdoses involve a cocktail of drugs, with alcohol and opioids being the most frequently observed additions.10

Signs and symptoms of barbiturate overdose include:2,10

About 10% of barbiturate overdoses lead to death, mostly from heart and lung issues.10

Anytime someone appears very tired, confused, or has breathing problems after taking a dose of barbiturates, seek emergency medical assistance by calling 911 immediately.

Unfortunately, there are no medications or antidotes given to people that overdose on barbiturates, but quick treatment can prevent more serious complications.10 If the person consumed opioids along with barbiturates, medical professionals could administer an opioid antidote drug like naloxone (Narcan) to reverse those effects.10

Addiction and overdose are serious issues, but they are not the only negative developments associated with barbiturate abuse. Issues like tolerance and physical dependence are likely, even when the medication is used as prescribed.10 Tolerance is the need to use more of the substance to attain the same effects.4 Physical dependence is when the body and brain come to rely on the substance to achieve a feeling of normalcy.4 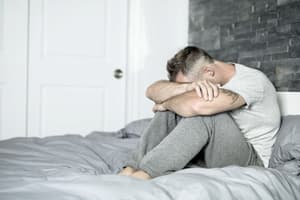 Once dependence has set in—as it quickly can for barbiturate users—withdrawal will occur if the drug is not consumed at the usual levels.6 The symptoms of withdrawal can range from mildly distressing to significantly dangerous depending on factors related to the substance, the severity of abuse, and the individual’s unique differences.

Sedatives, hypnotics, and anxiolytic (anti-anxiety) substance withdrawal symptoms will resemble alcohol withdrawal and include symptoms like:7

The onset, intensity, and duration of these symptoms will be affected by:2,7

As mentioned, people often abuse other substances with barbiturates, which means that withdrawal will be more complicated and potentially more difficult to treat effectively.

People may be unaware of the risks associated with suddenly quitting sedating drugs such as the barbiturates. As many as 30% of people withdrawing from sedatives will have a seizure.7 A person dependent on barbiturates should always seek professional treatment to safely and effectively manage their withdrawal.9

A person dependent on barbiturates should always seek professional treatment to safely and effectively manage their withdrawal.

A helpful way to begin the recovery process is a professional detoxification program. Detoxification is the process in which drugs are allowed to safely and gradually clear from the system.11 Medically supervised or medically managed detox is the use of specific strategies and medical intervention to manage the process of withdrawal to limit discomfort and minimize threats to the individual’s physical and mental health.9

Detox programs will work to gradually reduce and slowly taper the dose of barbiturates over a length of time, or they will end use completely while providing medical assistance to ensure comfort and safety.9

Detox is a critical step in treatment, but it is not usually enough to help people achieve long-term recovery from barbiturate abuse.12 People interested in maintaining lasting abstinence should receive follow-up care that is offered at two broad levels:9,11,12

During inpatient/residential or outpatient treatment programs, the individual will receive behavioral therapy with the goal of: 11

If you’ve noticed a problem in yourself or someone that you love, don’t hesitate to reach out for help. People recover from addiction every day—it’s possible to live a life that doesn’t include substance abuse.