Mental Health Spending By State Across the US

In order to explore how mental health treatment spending compares across the United States, we broke down total spending by state, per capita, and per client in each state. Additionally, we looked at the percentage of the population served by mental health agencies in each state. 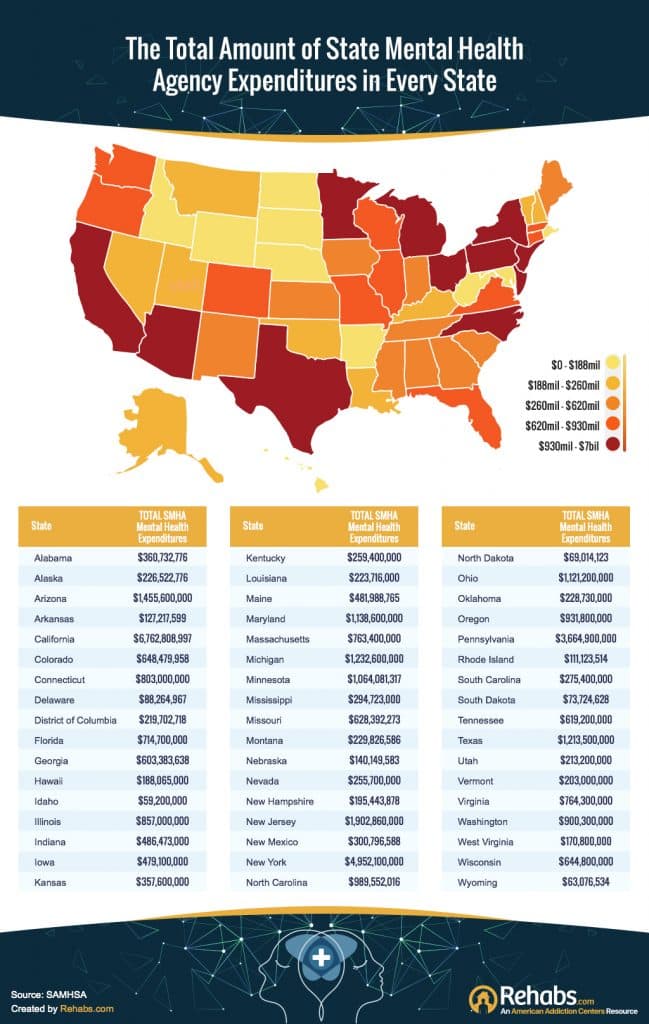 Looking at the total amount of state mental health expenditures in each state, California has the highest amount with $6,762,808,997 dedicated to mental health spending. The state with the second highest amount of mental health expenditures is New York, with almost 2 billion dollars less allocated than California: $4,952,100,000. Other states with over 1 billion dollars allocated towards mental health spending include Pennsylvania, New Jersey, Arizona, Michigan, Texas, Maryland, Ohio, and Minnesota. As you can see, this list of states includes a variety of sizes and population, showing that the total amount of spending by state isn’t necessarily dependent on the size of the state. 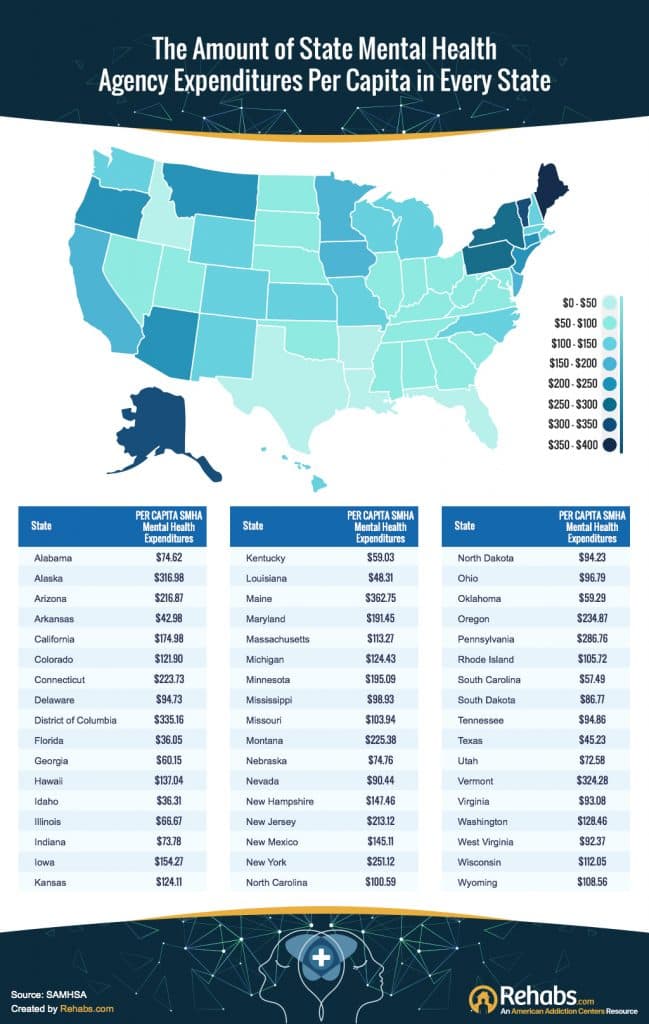 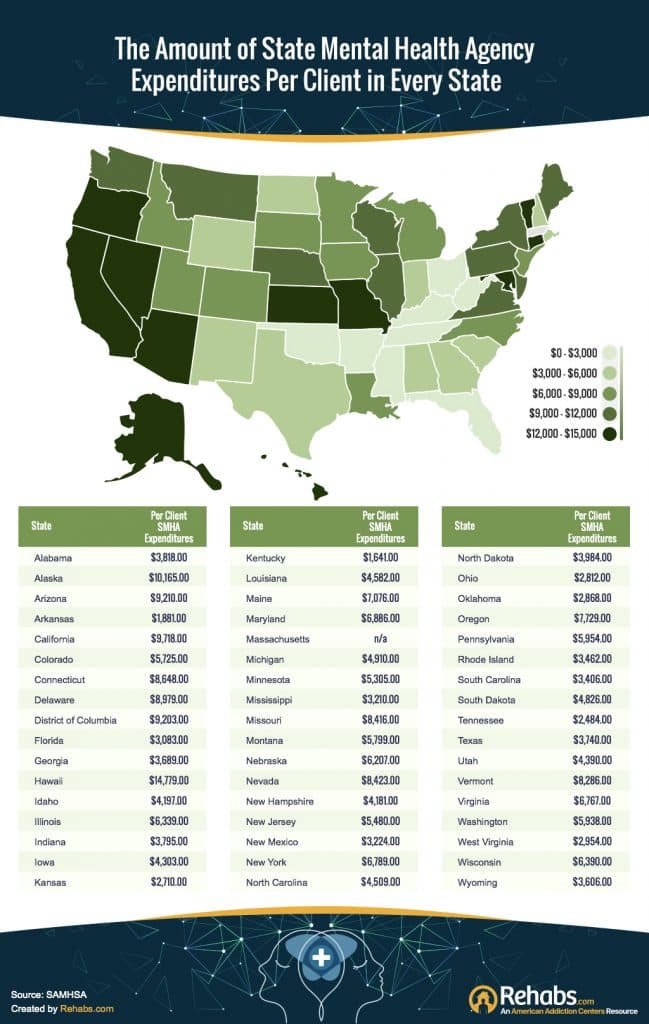 The state with the lowest amount of per client mental health expenditures, Kentucky, spends a fraction of what Hawaii does on each client — Kentucky spends an average of only $1,641 per client. Florida had the lowest amount of per capita spending, and they also rate low when it comes to per client numbers, spending an average of $3,083 per client, more than only 7 other states. Note, the per client spending information was not available for Massachusetts so it was not included in this portion of the analysis.

The states with the lowest percentage of population served by mental health expenditures are Hawaii (0.93%), Idaho (0.87%), and Massachusetts (0.48%), all serving less than 1% of their state’s population.

Regardless of which state you live in, if you or someone you know is in need of support or treatment for mental health issues there are resources out there to help. Learning as much as you can about available treatment centers can help make the decision to seek out help easier.

CAN I USE THIS INFORMATION?

The information and graphics in this blog post can be used and displayed by all commercial and non-commercial websites without charge. However, use is only permitted with proper attribution to Rehabs.com. When using this information or any of these graphics, please include a backlink to this page.