Would You Take ‘Smart Drugs’ to Boost Brain Power?

Could popping a pill make someone smarter?

Smart drugs, or nootropics, are considered to be any drug or supplement that improves mental function. Anything that gives you a boost, from ADHD medication, narcolepsy pills and antidepressants, to natural substances like Ginkgo biloba and Vitamin D. 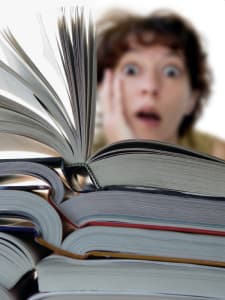 Recently more and more students and professionals have admitted to using some form of smart drug to enhance their performance at school and work. Data from 2013 shows that around 16% of US students admitted to using smart drugs to study, and about 7% of UK students. Some professionals swear by their ability to clear the mind and promote steady focus. But isn’t that the same thing as speed?

The idea that a drug can make you smarter does seem counter intuitive. Medical experts point out that we know little about the long term effects of using substances that have only been approved since the 2000s. There is a high risk of abuse and dependency associated with anything that can make you stay awake for days. In some studies the placebo works better for concentration. In other cases it seems as though caffeine actually works better for healthy, functioning adults.

Here are six commonly abused smart drugs on the market.

This substance is a combination of amphetamines and dextroamphetamine sulfate or mixed salts. It is generally used to treat symptoms of narcolepsy and attention deficit disorder in children and adults. The medication was developed to treat extreme cases of ADHD, as well as sleep disorders. It functions by helping the patient to concentrate and maintain focus on the task at hand. Like most amphetamines there is a high risk of abuse. In many countries Adderall is classified as an illegal drug, but you can get a prescription in the US and UK.

The medication known as Donepezil is a medication used to treat Alzheimer’s Disease. It is most commonly available as Aricept, or its scientific name donepezil hydrochloride. The enzyme inhibitor functions by increasing naturally occurring chemicals called neurotransmitters in the brain. This improves cognitive abilities in dementia patients, such as memory and attention. It is a slow release pill usually taken before bedtime. The doctor should warn you not to break up the pill. Side effects may include nausea, cramping, frequent urination, insomnia and seeing or hearing things that aren’t actually there.

One of the most commonly used nootropics is Modafinil, or Provigil, a medication developed to treat symptoms of narcolepsy. The so-called wakefulness agent is a racemic compound that comes in the form of a white, crystalline powder. A California biomedical engineer told Details Magazine that it takes him twice as long to get anything done when he is not on it. Military officers and surgeons sometimes use it as an alternative to detractive amphetamines in the field. In some patients Modafinil causes rashes and hives. You shouldn’t drink alcohol, or drive a motor vehicle when using this medication.

An often-prescribed alternative to Adderall is Ritalin, which is also used to treat ADHD and narcolepsy. The hydrochloride methylphenidate stimulates the nervous system to reduce hyperactivity and manage poor impulse control. This can be useful for severe cases of ADD as well as those experiencing an uncontrollable desire to sleep at work. The label warns patients that anyone with a history of mood disorders such as manic depression or anxiety should not take Ritalin. You should never share Ritalin with anyone.

The prescription product Concerta was approved by the FDA for the treatment of ADD and ADHD. The methylphenidate HCl is a central nervous system stimulant, similar to Ritalin and Adderall. The white tablet has an immediate release coating that dissolves in the stomach within an hour of taking it. This has the effect of advancing clarity and focus for the short term. However the label clearly warns that anyone with a history of drug abuse should not take Concerta because it may lead to varying degrees of psychological dependence and abnormal behavior, including psychotic episodes.

Also known as lisdexamfetamine dimesylate, Vyvanse is a capsule pill that is prescribed for severe cases of ADHD and ADD. Like all amphetamines, this medication works as a central nervous system stimulant. Does that mean it will increase clarity and focus? Well according to physicians, it should not be used by patients with heart and circulatory problems such as high blood pressure, or anyone that is diagnosed with a mood disorder. You should contact a medical professional if it causes fast, pounding or uneven heartbeats, or if you start seeing and hearing things that you logically know to be untrue.

Are Smart Drugs Worth the Risk?

The possible deleterious effects of long-term smart drug abuse remain unknown, because many of them were not approved by the FDA until the late-nineties or early-aughts. These prescription medications, specifically the amphetamines, seem to be a type of speed, which usually leads to trouble for patients with addictive disorders, mental conditions or heart conditions.

You can obtain a prescription to improve clarity and focus by speaking with your physician. You should always talk to your doctor before you use any of these medicines, because they can prescribe you a safe dosage and explain any possible side effects. If all else fails, it may be better to stick to a healthy diet, regular exercise and eight hours of sleep at night.