What is the Most Commonly Abused Drug in America?

September is National Recovery Month, but far too few people are taking steps to overcome their addictions. A new report has found that nearly 10 percent of Americans ages 12 and older are admitted drug users, while just over 10 percent received help for their addictions at a specialty treatment facility.

The government report used data from the 2013 National Survey on Drug Use and Health to find that almost 23 million Americans need treatment for drug abuse, but only 2.5 million sought care at rehabs centers. Nearly 44 million Americans had a mental illness in 2013, with 14 percent of them receiving some sort of treatment or counseling during that time. Ten million of those struggling with mental illness reported that it interfered with a major life activity.

Twenty million Americans reported smoking marijuana in the last year, making it the most widely used illegal drug in the country. Non-medical prescription drug use came in at a distant second with 4.5 million users, followed by cocaine (1.5 million), meth (595,000) and heroin (289,000).

“Throughout our nation thousands still needlessly suffer the ravages of untreated substance use and mental disorders,” said Pamela Hyde, administrator of the U.S. Substance Abuse and Mental Health Services Administration. “We must reach out to all people with unmet need so that they can return to lives full of hope, well-being and fulfillment.” 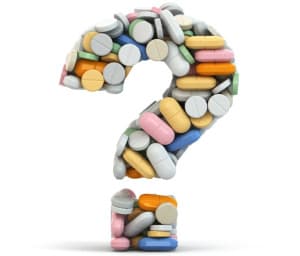 But while marijuana might be the most widely-used drug, shocking statistics released last May from the National Institute of Drug Abuse highlight the severity of the U.S. prescription drug epidemic. The U.S. is responsible for 75 percent of all global drug use, with more than five million abusing painkillers each year, 2.2 million illegally using tranquilizers and another 1.1 million abusing stimulants. Enough painkillers were prescribed in 2010 to medicate every American every four hours for roughly a month. In addition, more than 100 prescription drug overdose deaths occur each day in the U.S., making it more lethal than car accidents, guns and suicide.

More than 100 prescription drug overdose deaths occur each day in the U.S., making it more lethal than car accidents, guns and suicide.

Even senior citizens have succumbed to this epidemic. Over 300,000 seniors are reportedly misusing their medication, while emergency room visits related to this misuse more than doubled between 2007 and 2011 for those over the age of 55. Opioid pain relievers and anti-anxiety medications like Xanax are the most commonly used medications among this demographic.