Earlier this year, President Trump created the Commission on Combating Drug Addiction and the Opioid Crisis. New Jersey Gov. Chris Christie was assigned to chair the commission. Their task was to identify “steps lawmakers and federal officials can take to combat and treat drug abuse, addiction and the opioid epidemic.

One of their first recommendations to President Trump was to declare the opioid crisis a national disaster.

In October, the President declared the opioid epidemic a national public health emergency.

Next, the committee set out to advise the President and the rest of the federal government on how the country can recover from this disaster.

The committee released a list of more than 50 items they believe will help the Trump administration combat this deadly epidemic. Their suggestions included: 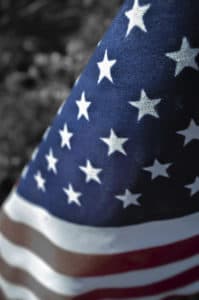 The commission didn’t put a total on the amount of money which would be required to follow through on their recommendations. Committee member Patrick Kennedy admitted, “To implement the recommendations that we’ll offer, it will require hundreds of billions of dollars.”

With so many other national issues competing for funding, will the opioid crisis get the financial attention it needs? That remains to be seen. It’s unlikely the federal purse is big enough to provide the hundreds of billions Kennedy alluded to in his comment. But, perhaps the administration will allocate enough funds to put some of the committee’s top ideas into practice?

Will These Efforts Work?

The next important questions are: Has the commission recommended good ideas? Are their 56 items realistic suggestions? Will we see a reduction in addiction and overdoses as these new policies attempt to turn the tide on the opioid epidemic?

We may or may not get to find out. The first hurdle is for the Trump administration to accept the committee’s advice and implement the recommendations. Stay tuned.