With an opioid epidemic in full swing, it’s no surprise that U.S. medical establishments are looking for painkiller alternatives. This is bad news for manufacturers – especially Purdue Pharma, maker of the wildly popular (and wildly abused) opiate known as OxyContin.

Prescriptions for OxyContin have fallen nearly 40 percent since 2010. And while most of the nation celebrates that slump in sales, Purdue finds it absolutely, unequivocally unacceptable.

Purdue recently decided to pursue a new strategy in order to make up for lost revenue: seek out new markets for OxyContin. They, along with other pharmaceutical companies, have rapidly moved abroad – and directly into developing countries that don’t necessary have the internal structures equipped to deal with opioid addiction, such as Latin America, Asia, the Middle East, and Africa. 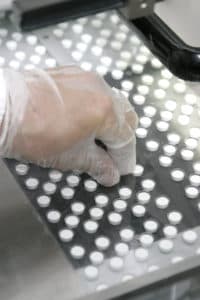 The drug company is employing the same controversial marketing practices that made OxyContin a pharmaceutical best-seller in the U.S., too. For instance, they’ve hired consultants who run training seminars where doctors are urged to overcome “opiophobia,” or the reluctance doctors have towards prescribing pain medication.

These campaigns encourage people to seek medical treatment for chronic pain and promote the idea that opioids are safe and effective. They’re even offering patient discounts to make prescription opioids more affordable. In fact, Purdue used coupons in the U.S. that offered patients a free initial prescription for OxyContin – 34,000 of which were redeemed before the company terminated its program amidst growing abuse concerns.

For public health officials, going global creates a real risk of spreading the opioid epidemic outside the United States. As former U.S. Food and Drug Administration (FDA) Commissioner David A. Kessler told the LA Times, “It’s right out of the playbook of Big Tobacco. As the United States takes steps to limit sales here, the company goes abroad.”

But so far, to Europeans, painkiller addiction isn’t much of a concern. They reportedly worry about it far less than their American counterparts – even though researchers found a significant problem there with prescription opioid abuse. In fact, according to Scott Novak, a scientist at the nonprofit RTI International in North Carolina, European painkiller abuse rates are similar to rates the U.S. saw in the early 2000s “before the epidemic really got going.”

As for pharmaceutical manufacturers like Purdue, that’s not their problem. They will continue to push for global expansion with the same message that financially worked so well for them in the past – with little regard for the patient risks.