The Opiate Crisis is Officially a Nat’l Emergency: Now What?

Following the advisement of his Commission on Combating Drug Addiction and the Opioid Crisis, President Trump recently announced he’ll be declaring the opioid epidemic a national emergency.

But what does this mean, exactly?

By elevating this crisis to an official “national emergency,” the President releases much-needed resources to fight this epidemic. The effects are three-fold:

The Flip Side of the Coin

This increased access to much-needed funds sounds good, but it’s not without concerns.

Some worry the resources and increase in power would be misused. President Trump has mentioned he wants to crack down on sentencing and fight the war on drugs from the law enforcement side. Additional funding and freedom from regulations could help push new sentencing legislation, increase penalties and beef up law enforcement. Those hoping for better treatment access might be disappointed to see all the efforts made in these arenas instead.

Others point out the limitations of the declaration. Perhaps it will provide helpful resources now, but does it get us anywhere long-term? How long will we be in a state of emergency? How do we know when it’s over – when every American is sober?

The laws created to handle national emergencies were designed for short-term efforts, such as recovery from a natural disaster or disease outbreak. Chemical dependency is a long-term issue; it requires years. Even with treatment, many people relapse. Most don’t get better within a matter of weeks. Do we remain in a state of emergency for as long as it takes? If so, this crisis would easily deplete all the country’s emergency funds.

As of August 7, 2017, the Disaster Relief Fund held just $1.29 million. The Public Health Emergency Fund is nearly non-existent; Congress only filled it with $30 million after its creation in 1983. Laws were established to allow Congress to refill the fund back up to $30 million each year if national emergencies were declared that depleted the supply. Congress only poured money back into this pot twice, in 1987 and 1993. As of 2016, the Public Health Emergency Fund contained $57,000.

There are currently an estimated 2.6 million Americans addicted to prescription painkillers and heroin. You don’t have to be as business savvy as President Trump to know those dollars won’t cut it.

Perhaps this lack of long-term funding is why national emergencies are rarely declared for anything other than a natural disaster. 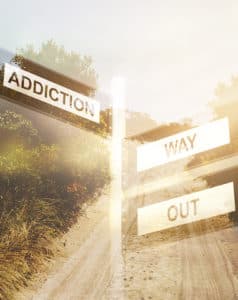 Clean-up, treatment, and rebuilding are much more straightforward when the nation is hit by a hurricane than heroin. Although, this response is not unheard of. Just last year, the US Department of Health and Human Services declared one in Puerto Rico in response to more than 10,000 cases of Zika (a virus typically transmitted by mosquitoes). The last emergency declaration before that was during the 2009 – 2010 flu season.

In making their recommendation for this declaration, the Commission explained to President Trump, “Your declaration would empower your cabinet to take bold steps and would force Congress to focus on funding and empowering the Executive Branch even further to deal with this loss of life. It would also awaken every American to this simple fact: If this scourge has not found you or your family yet, without bold action by everyone, it soon will.”

With 142 Americans dying every day from drug overdoses, the Commission noted, “America is enduring a death toll equal to September 11th every three weeks.”

President Trump and his advisers are working out the details of the national emergency declaration and how it will play out in terms of time, money, and efforts. As with any policy decision, it is inevitable there will be some who are unhappy with the final results. However, the hope is that this declaration will provide some relief to the millions of Americans struggling with substance abuse today.

What do you think about the President’s decision to declare the opioid crisis a national emergency? Was it the right move? Sound off in the comment section below!

Additional Reading:   Here’s How Our Nation is Fighting the Opioid Crisis