The Danger of Holding Onto a Victim Mentality

Contrary to what people think, prisoners (for the most part) are decent people. Although they’ve broken the law, I discovered that many are victims themselves. Some are victims of abuse or rape, while others are simply victims of poor parenting – the list goes on and on.

Interestingly enough, some use a traumatic past as motivation to become successful post-prison. They see how their old way of thinking landed them behind bars, and they’re willing to do whatever it takes to lead a different life.

And then there are the others who wallow in self-pity and nurse their feelings of victimization. In their minds, life continues to shit on them, and they assume that their lives will continue to be miserable. 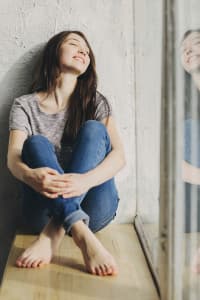 These “victims” believe their feelings and circumstances are all someone or something else’s fault. They see themselves as helpless with little to no control over their lives, when in fact they’re 100 percent responsible for how they feel.

Holding onto a victim mentality damages so many vital parts of your life, like relationships and ambitions, but especially your recovery. When you’re too busy blaming others for the hardships in your life, you’re certainly not focusing on maintaining your sobriety.

Don’t Be a Victim

I found myself playing the “victim” card a couple of times while I was in prison. To break my own self destructive pattern I took the following steps:

Additional Reading:   Self-Sabotage – Stop Standing in Your Own Way