The Curious Link Between Sociopaths and Addiction

Sociopathy is a disorder characterized by long-standing attitude of disregard for other people. A person with antisocial personality disorder (ASPD) often feels little or no empathy toward others and doesn’t see a problem in bending or breaking the law for their own selfish desires. Typically, most substance abusers aren’t sociopaths, but most sociopaths tend to be chemically dependent.

Sociopaths tend to be thrill-seekers by nature. They’re more likely to indulge in impulsive decisions and risky behaviors, which is why they’re attracted to using drugs or alcohol in the first place. 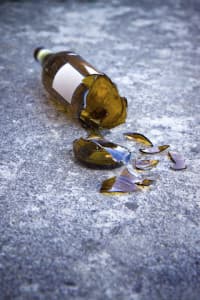 Some of the chemically dependent people I met behind bars exhibited sociopathic tendencies. They were callous, cynical and seemed to revel in the suffering of others. They acted irresponsibly, were habitual liars, slept with anyone and displayed superficial charm to get their way.

But thankfully, not everyone I met in prison with a substance abuse issue exhibited those qualities. There were far more people who were compassionate, understanding and caring – a far cry from the sociopathic behavior on the other end of the spectrum.

What goes into the creation of a sociopath? While little is known about the specific causes of sociopathy, current evidence indicates genetic inheritance and exposure to abuse or trauma during childhood can play significant roles in its development. Because personality is still developing during childhood and adolescence, doctors rarely diagnose the condition in someone under the age of 18. Still, experts in the field believe those who engage in animal cruelty or arson are good candidates for a future diagnosis.

Unfortunately there’s no effective treatment for sociopathy and those who suffer with it usually don’t voluntarily enter treatment programs. As a result, most ASPD treatment takes place in response to a court order or in prison.

Despite ASPD’s reputation as an untreatable condition, some people with this disorder benefit from specific forms of therapy, such as: