The 9 Craziest Ways People Have Ever Smuggled Drugs 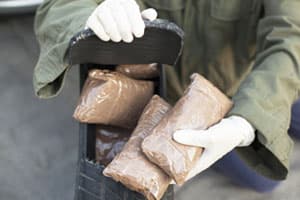 Drug smuggling is a major problem in the United States and other countries. Border control agencies, police, and others are trained to find drugs that are being smuggled, so dealers and drug carriers have become very creative in the ways they transport their goods. These are some of the craziest ways people have smuggled drugs, some of which are completely mind blowing, while others make little to no sense at all.

One of the wackiest ways to transport drugs has been inside the foreskin of the penis. It’s hard for officers to find the location of drugs in this case without doing a complete cavity search. A man was caught in Kentucky trafficking drugs in this way as he entered prison, and he ended up with another charge on his record.

Viagra pills have been used to traffic drugs pretty successfully. A shipment of ecstasy from Hungary was created to look just like Viagra; the only way the National Drug Lab of Hungary knew the difference (besides obvious drug testing) was the inaccurate pink color of the pill. The Pfizer logo and markings were identical.

If you’ve ever heard that you shouldn’t take candy from a stranger, there is a reason, especially in this case. In New York, the DEA found a shipment of cocaine that was hidden inside lollipops. The drug was covered with a candy shell, but this candy didn’t give a sugar high.

Another bizarre way to transport drugs is by carrier pigeon. Pigeons have been used in the past to carry messages, but imagine a bird with a backpack of crack, and it’s a whole new ballgame. In Colombia, guards found 1.6 ounces of pot and .2 ounces of crack inside one pigeon’s backpack. Because the birds can be trained, they can fly back and forth from the dealers and have a lower likelihood of being caught. 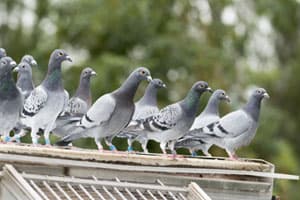 For more daring drug traffickers, a submarine might be the delivery method of choice. In 2010, a submarine powered by diesel fuel was seized in Ecuador. The sub was estimated to be able to carry around ten metric tons of drugs and a crew of up to six people, which is really substantial; the amount of cocaine that would hold is similar to the full size of a semi-truck.

A trebuchet, or catapult, is another method used by drug traffickers who want to get drugs across the U.S./Mexico border. Pot smugglers use the device to fling marijuana buds into the soil across the border, which completely eliminates the need to cross in a vehicle or to deal with passport security. The border control has become aware of this method, though, so there are a lot of searches in place to make sure the border doesn’t become a pot farm.

A tried and true technique that you might not think about is tucking away drugs under the skin flaps. This, of course, only works for those who are heavy. In a Florida prison, one inmate was found with Xanax in his cell, which was later discovered to have been stored under the skin of the bottom roll of his stomach. Of course, there are those who will tuck drugs in under the breasts or rolls of the thighs as well. Where there’s a roll, there’s a way. 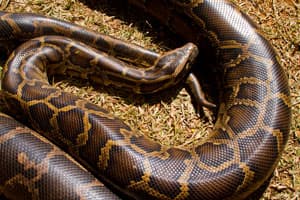 People have used animals and reptiles to transport drugs for years, and it won’t likely change in the future, but one of the oddest choices has been the transfer of drugs via snake. In 1993, drug traffickers inserted 80 pounds of cocaine inside the stomachs of live boa constrictors on a plane. The drugs were stuffed inside condoms that were inserted into the snakes before the snakes were sewn shut. Every one of the 223 snakes involved in the transfer died due to trauma. To quote Samuel L. Jackson, “well that’s good news…snakes on crack.”

In Miami, Florida, the DEA came across a magazine with a thicker-than-usual plastic coating from Columbia. Knowing the drug record of the country, the plastic cover was tested. The analysis showed that the cover was made with 21.5 percent cocaine; but if this were pure, it would only be about 3.1 grams in total. Oddly enough, the cocaine would be unusable; the addition of levamisole ruins the cocaine.