Q&A: How a Healthcare Company Owner Got Sober

For most alcoholics, drinking feels like a lifeline. You got fired from your job? No problem, just down a six pack of beer. Got charged with another DUI? Hey, you weren’t that drunk; it was nothing more than a cop trying to ruin your day.

Notice a pattern? Alcoholics never really recognize how booze is destroying everything they once held dear. Problems seem to be brought on by something or someone else: a tyrant boss, an unavailable spouse, constant traffic jams, financial hardships, or useless friends. In the eyes of an addict, alcohol provides an escape route and they grab onto it with both hands.

Alcoholism in the workplace has wide-reaching effects. Alcohol abuse not only damages physical and mental health, the disease largely impacts an ability to complete tasks properly. In fact, poor job performance is often the first sign of an inability to control the impulse of drinking. 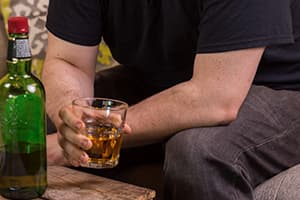 Bill Smith knows all about the futile attempt of balancing work and alcoholism. After experimenting with various drugs and fighting through severe bouts of depression, Bill’s ultimate vice lay at the bottom of a bottle. Luckily, he was able to turn his life around and went from suffering week-long hangovers to overseeing the operation of 25 nursing homes, 15 assisted living communities, and a retirement living campus. Today, he is the president and managing member of an addiction recovery service. Here’s Bill’s story.

Q: Bill, when did you first realize you were an addict?

A: My chemical use started at age 14. By the time I was 25, I was a daily user of alcohol and other drugs. I had a hypnotist session and was able to cease my chemical use while I returned to school. On my last day of class, I went on a three-day bender. After that, I drank on a daily basis until the age 35.

I began to realize my relationship with alcohol was maladaptive. I started referring to myself as an alcoholic at age 40 and remained addicted until age 43. At that point, I entered an in-patient treatment facility and followed it up with six months of outpatient treatment.

Q: What were your drugs of choice, and why?

A: Honestly, my drugs of choice varied throughout my addiction. Early on, it was THC. I always welcomed alcohol – when I could get it. By the age of 17, I started taking any mood-altering substance I could get my hands on – hallucinogens, amphetamines, methamphetamine, cocaine (powdered or free-base), barbiturates, huffing, THC, alcohol. As long as it went “boom,” I took it.
Later on I started having some real problems, so I “quit” most of the “hard drugs.” Unfortunately, I continued to drink and smoke THC, along with taking the occasional hallucinogen.

On my 28th birthday, I went on a destructive year-long bender. During that whole time, I was probably sober no more than 25 days. After that long and terrible year, I began exclusively drinking alcohol. I figured it was legal, abundant, and I had developed a terrific tolerance for the stuff, so why not?

I stayed in this rut and developed a very destructive routine. Days consisted of waking up, getting someone to drive me to school, falling asleep in the parking lot until the Assistant Principal would come out and tap on my window, at which point I would mumble about a red-eye the night before.

After that little scenario played out, I would leave the parking lot and try to pick out which telephone pole I wanted to drive through, chicken out, then go to the office for work. Once there, I’d pick a fight with a co-worker or leave to complete some sort of vague task like “marketing” the business. Instead, I headed to the bar, stayed until it closed, drove home in a blackout, and hit repeat.

I’d pick a fight with a co-worker or leave to complete some sort of vague task like “marketing” the business. Instead, I headed to the bar, stayed until it closed, drove home in a blackout, and hit repeat.-Bill Smith

A: It is no more common than any other demographic – addiction is simply an equal opportunity destroyer. That being said, I believe poverty is the best socioeconomic construct that’s also a predictor of addiction.

A: I was lucky; I was one of the family members who owned the company. That meant I was shielded from the natural consequences of my addiction. I was also functional enough – even in the last throws of my active alcohol abuse – that I could complete just enough work and keep my partners from bringing my performance into question.

A: I spent five days on the medical unit at Hazelden going through an initial detox process, then spent another 28 days in an inpatient facility.

Q: During rehab, what did you learn about yourself and the disease of addiction?

A: Nothing! I simply made the decision to stop being suicidal, pathetic, and drunk. I essentially became Captain Recovery. It was another role I learned to play and ended up getting lots of “atta-boys” as a result. I was just going through the motions.
About nine months later, I finally understood some important things. I recognized what my problem was, what the solution was, and that selfishness and self-centeredness were the root of all my problems.
I almost didn’t make it – if it weren’t for the Grace of God, I wouldn’t have.

Q: What are your thoughts on modern treatment methods and drugs as they apply to addiction treatment?

A: Treatment helps you to initiate abstinence – it does not, however, provide recovery. Abstinence does not conflate to recovery. Recovery is only possible when you recognize that life without spiritual principles, or a relationship with a Power Greater than self, is doomed to be the same as it was when you were an active alcoholic – minus the alcohol!

The best measure of spiritual fitness? For me, it’s my driving. Imagine I’m driving as if the freeway is there for my sole enjoyment and benefit, right? When other people on the same road begin driving like they have the power to run the universe today, it always ends up in a collision. You’ve got two people playing God, with neither pulling it off very well. When I react to fellow drivers with, “That reminds me, I need to use the freeway considering the safety and benefit of those around me” – it’s a much better day!