Q&A: Leaving the Bottle Behind

One of the main triggers of alcoholism is stress and, unfortunately, nothing can increase the stress factor quite like work.

When the boss drives you crazy, forces you to work on your day off, or continually overlooks you for a promotion, stress levels can skyrocket. When 5 o’clock rolls around, it’s time to decompress. One temporary remedy is stopping by the bar for a few drinks. But the stress always returns; alcohol only masks it for a brief period.

Work Temptations
For those hoping to cut down on drinking, the temptations can be overwhelming. Alcohol is seen as a social drug, even in the business world. Marketing meetings and office holiday parties usually involve alcoholic beverages. Afternoon business meetings are commonly held over rounds of drinks, boosting personalities and inhibitions. Even more concerning, people tend to abuse drugs once they’re intoxicated.

Excessive drinking affects the way you think and act. Once alcoholism takes hold, it’s only a matter of time before your work performance begins to suffer. Daily hangovers, showing up unprepared, and sloppy work are all ways to draw unwanted attention. To keep withdrawal pangs at bay, you start sneaking away during lunch to slam down a few cocktails. Colleagues suspect something is wrong, or perhaps they can even smell alcohol on your breath. Holding down a steady job becomes almost impossible, triggering even higher levels of stress and alcohol consumption.

Alcoholism and drug abuse have certainly played a role in Njon Weinroth’s life – personally and professionally. Weinroth is a California-based professional whose resume includes impressive positions like Revenue Officer for the US Treasury, Operations Consultant, and Facilities Manager. His “unofficial” resume, on the other hand, secretly contained alcoholism and addiction. Here’s how Weinroth fought to reclaim his sobriety and live a happy, healthy life…on his own terms.

Q: When did you realize you were an addict? 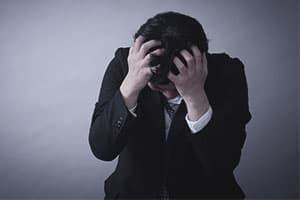 A: I’d have to say that realization really became apparent for me toward the very end. It basically hit me when reality came flooding in. Unlike many other addicts, here was no specific traumatic event.

It was simply a realization – albeit a shocking realization – of all of the things that I was doing to support my addiction on a daily basis.

Q: What was your drug of choice?

A: For the most part, I was into alcohol. While drinking was my main vice, I also dabbled in many other drugs, but drew the line at injecting. I hate needles and that fear kept me from having any desire to shoot up.
Alcohol held the most appeal to me because I felt like it was easy to hide my addiction. Plus, when I drank, it allowed me to be very social. The people I chose to surround myself with were mostly heavy drinkers as well, so they easily tolerated my excesses. And alcohol was so easy to buy, which seemed like a huge perk at the time!

Q: In your opinion, is alcoholism common among working professionals?

A: Like I was saying earlier, I never really had a single catastrophic incident or major shift to rock bottom. In my case, it was a long and gradual decent. I mean, little things I swore I’d never do had suddenly become normal and commonplace. I just had a realization one evening. A moment of clarity, you could say. That was the closest I ever came to the classic “rock bottom.”

A: This is actually a crazy story. I checked myself into a local detox center that actually turned out to be a homeless shelter! While trying to sleep on a foam mat with no cover, I found myself going through DTs and being alpha-dogged by some of the regular residents. To top it off, the detox center homeless shelter combo had run out of clean towels.

After a second day with no shower, I checked myself out. At that point I learned there were no medical personnel on staff. None!

Naturally, I felt terrible and was very worried about going through withdrawal. Later on that day I went to the ER for tests and a simple examination. The doctors assured me that I was okay and doing the right thing by quitting.

Q: During rehab, what did you learn about yourself and the disease of addiction?

A: I chose an intensive outpatient program that was really well put together. They showed me that I was not alone. I also learned that the self-perpetuating, negative things I convinced myself were true were actually just symptoms of my addiction. We also covered subjects like family, intimacy, feelings, and truth.

In my own personal opinion, I don’t consider addiction a disease. Now, don’t get me wrong; I definitely think it qualifies as a disorder. It just doesn’t meet the criteria of a disease.

In my own personal opinion, I don’t consider addiction a disease. Now, don’t get me wrong; I definitely think it qualifies as a disorder. It just doesn’t meet the criteria of a disease.-Njon Weinroth

Q: What do you think about modern treatment processes, methods, and drugs as they apply to addiction treatment?

A: I think it’s a good thing that the treatment community is beginning to catch on to the fact that individual clients have very individual needs, beliefs, and challenges. Choice in recovery is finally being embraced as clinicians learn that the cookie-cutter, one-size-fits-all approach just doesn’t work.

Until recently, the standard Minnesota model was followed by a 12-step formula labeled as the only trick in the bag. These approaches just don’t work for a large number of people.

For some people, moderation can be effective or prove to be a stepping stone to abstinence. Choice remains, however, the exception to the rule because most rehab facilities offer only “traditional” treatments based on the 12-step model.

It’s interesting to see programs like Kaiser, where the insurance company is also the service provider. I would say that, because of what appears to be budgetary efficiency, Kaiser and similar programs do tend to use medical and scientific treatments more so than other programs. That being said, these modalities are conducted in highly supervised environments.

If you or someone you know is struggling with alcoholism, take action and find alcohol abuse and addiction treatment centers in your area today.