When expectant mothers abuse drugs, they aren’t just placing their own lives in danger – they’re also putting the lives of their unborn children at risk. And according to some newly released and disturbing data, more moms-to-be are abusing opioid drugs than ever before.

The Epidemic of Opiate Abuse 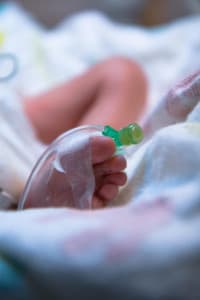 New data concerning pregnant women and opioid addiction shows we likely have a new epidemic on our hands here in the U.S. According to the statistics, the number of pregnant women either abusing or addicted to opioids has jumped more than 127 percent over the last 14 years.

These findings were published in last month’s issue of the journal Anesthesiology.

Researchers analyzed data from the Nationwide Inpatient Sample, specifically focusing on the detailed information of 57 million pregnant women who were admitted to U.S. hospitals between 1998 and 2011. What they found was both startling and frightening.

This spike in drug dependence poses serious health risks for both mother and baby. Some of the most pressing negative effects include:

“Our study shows that these patients are at very high risk for developing complications,” said Lisa R. Leffert, M.D., lead author of the study and chief of obstetric anesthesia at Massachusetts General Hospital, Boston. “Given the rapid rise in opioid abuse and dependence in these patients, there is an urgent need to understand the link with bad outcomes and to develop interventions to help prevent them.”

Given the rapid rise in opioid abuse and dependence in these patients, there is an urgent need to understand the link with bad outcomes and to develop interventions to help prevent them.-Dr. Lisa R. Leffert

The Centers for Disease Control and Prevention published its own data last month, showing that record numbers of women are now abusing opioids before realizing they are pregnant. According to the CDC: 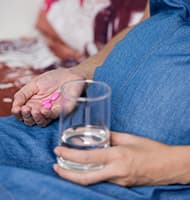 Learn more about the symptoms of withdrawal brought on by opiate addiction.