Next in Line: Delaware’s Push to Legalize Marijuana

Delaware could soon be the next state to take a relaxed approach towards marijuana. The state put forth a new bill that, if passed, would make it legal for citizens to possess a small amount of pot.

House Bill 39, introduced by Rep. Helene Keeley (D), would treat simple possession of marijuana and private use of the drug as if it were a traffic ticket. Those caught with an ounce or less would only face a $100 civil fine and the offense would not go on their criminal record. Those who smoke marijuana in public would still face misdemeanor charges punishable by a $200 fine and up to five days behind bars. 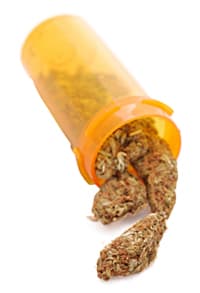 Delaware Gov. Jack Markell has also indicated that he would support decriminalizing marijuana use, while House Bill 39 also has twelve other Democratic members of the General Assembly listed as co-sponsors.

On the other hand, Tom Brackin, president of the Delaware State Troopers Association, has expressed reservations about the move toward the legalization of pot. Due to the dangers of pot, Brackin thinks the personal use limit should be lower than an ounce and thinks those found with marijuana under the age of 21 should face more than civil penalties.

When you look at pot-related charges that have been leveled against Delaware’s citizens, they stack up as follows:

Under the Senate Bill 383 proposal, any individual caught with up to four ounces of pot will only face a civil penalty; anyone with up to eight ounces would not face jail time.

Eighteen states currently have laws in place that decriminalize the use and possession of marijuana.

Learn more about the treatment process for marijuana addiction.