In the wake of numerous overdose tragedies that could have been prevented, multiple states have adopted Good Samaritan laws that absolve criminal punishments for the drug user and the person who calls for help.

Sixteen states and Washington, D.C. have passed Good Samaritan laws which ensure that those who call 911 in the event of an overdose will not face criminal charges. New Mexico was the first state to pass a Good Samaritan law in 2001, and the notion has rapidly gained popularity across the country. The current governor of Pennsylvania, Tom Corbett, confirmed that he will sign a Good Samaritan law into effect this week.

A lot of these people are left alone to die… their friends are worried they’ll be prosecuted if they call for help.-York County Coroner Pam Gay

“A lot of these people are left alone to die and it’s frustrating because their friends are worried they’ll be prosecuted if they call for help,” said York County Coroner Pam Gay. “Any endeavor to try and save lives is a good thing at this point.” 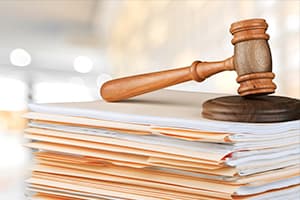 Twenty-four states, including Georgia, have also introduced provisions that allow bystanders to administer naloxone if the person has overdosed on an opiate such as heroin, hydrocodone or Vicodin. The naloxone provision applies to opiates because the medication only works at reversing the effects of those drugs and not any other substance.

A dose of naloxone costs roughly $40. Betty Aldworth, executive director of Students for Sensible Drug Policies (SSDP), estimates that about 2,500 lives have been saved through naloxone laws in stages across the country.

“Drugs kill people. That’s a given,” said Jeremy Sharp, a member of SSDP. “Our philosophy is harm reduction; try to save a life long enough for them to want to get treatment… It’s a health issue, not a criminal justice issue.”

Good Samaritan laws also extend to underage drinkers who have succumbed to alcohol poisoning. College campuses across the country had previously adopted similar measures after discovering that many students were not only reluctant to call for help for fear of prosecution, but were also ignorant to the potentially fatal dangers of alcohol. 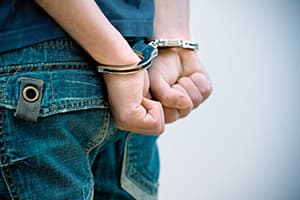 However, in most states, these laws don’t provide complete amnesty for the person who overdosed or the bystander. In Georgia, a person can still be charged if they have more than four grams of a substance at the time of the call. Drug dealers will also still be prosecuted to the full extent of the law.

The Good Samaritan and naloxone administering laws were also created in response to the rapid rise in drug overdose deaths over the last 15 years. The Centers for Disease Control and Prevention reports that drug overdose deaths jumped 118 percent between 1999 and 2011, totaling 41,340. They also noted in 2011 that, for the first time ever, more people between the ages of 25 and 64 died from drug overdoses than from car crashes.

Substance abuse experts have praised the increase in Good Samaritan laws, but are quick to point out that they are not a band-aid for the substance abuse treatment that those who overdose often need.

More than 40 percent of all drug overdose deaths in 2011 came from opioid painkillers. It perhaps comes as little surprise that the number of people entering inpatient treatment for opioid addiction is now second only to alcoholism.

Substance abuse experts have praised the increase in Good Samaritan laws, but are quick to point out that they are not a band-aid for the substance abuse treatment that those who overdose often need.

“As with many American laws, these laws are a bit incomplete. They want to wrap everything up into a nice, tidy box. Drug abuse and addiction are not neat and precise. Harm reduction should not be the end point,” said Dr. Don Vereen, director of community/academic engagement at the University of Michigan’s School of Public Health.

Learn more about addiction and the rehabilitation process.