In a recent memo to federal employees, Director of the Office of Personnel Management Katherine Archuleta told federal employees that marijuana remains illegal – regardless of the state the individual may be employed.

The memo states, “Federal law on marijuana remains unchanged. Marijuana is categorized as a controlled substance under Schedule I of the Controlled Substance Act.” 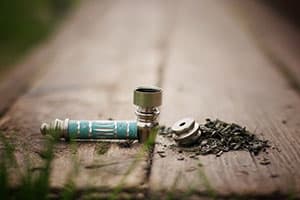 In the memo, Archuleta does acknowledge that many states (including Washington D.C.) have decriminalized the use of marijuana.

She notes that 23 states have authorized the use of medical marijuana, and four states now allow adults to use marijuana recreationally.

Archuleta writes, “These changes to state law have raised questions about whether Federal employees in these jurisdictions may use marijuana as provided for in state law.”

The answer to these “raised questions” is simple enough: No, federal employees may not use marijuana, even in a medical capacity, regardless of state laws.

Reading Between the Lines

At first glance, the fact that Washington, D.C. (America’s capital city) allows adults over 21 to legally possess up to two ounces of marijuana, yet marijuana remains illegal for federal employees, seems a bit confusing.

Washington, D.C. (America’s capital city) allows adults over 21 to legally possess up to two ounces of marijuana, yet marijuana remains illegal for federal employees.It’s also worth mentioning that marijuana possession is still illegal on federal property in Washington, D.C. For example, it’s illegal to possess marijuana on the grounds of the Washington Monument. This is an important distinction.

Archuleta explains, “Drug involvement can raise questions about an individual’s reliability, judgment, and trustworthiness or ability or willingness to comply with laws, rules, and regulations, thus indicating his or her employment might not promote the efficiency or protect the integrity of the service.”

“Protecting the integrity of the service” is also an important aspect of Archuleta’s reasoning. Archuleta explains that the federal government spends a lot of time, resources and effort to prevent, rehabilitate and combat drug use in America. By allowing federal employees – regardless of their department or jurisdiction – to use marijuana, the integrity and intention of overall governmental services would, in fact, be undermined.

Although the memo does mention marijuana use may lead to dismissal, it concludes by reminding federal employees that governmental drug treatment programs are available.

Additional Reading: He Changed His Mind About Marijuana Laws. Why?