Have you ever felt like you understood and shared another person’s experiences and emotions? The ability to share someone else’s feelings is called empathy. And if you’ve never known substance abuse, you may take this ability for granted.

Those struggling with addiction often lack the capacity to tune into the emotions and behaviors of others. Along with so many other important pieces of their lives, the addiction seizes their empathy. 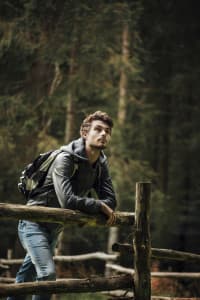 Nate used to be such a caring guy. He always put others first. Everyone knew they could go to him if they needed a listening ear or a shoulder to cry on. After the accident, all that changed. Nate started taking prescription painkillers to cope with his leg injury. His leg healed, but Nate kept taking the drugs. He started down a dark road and followed it into full-blown addiction.

Once Nate arrived in this dead end, he only cared about one thing. His brain had one focus. His emotions had one desire – more drugs. He was no longer available when friends needed him. He had no interest in listening to other people’s problems. He had enough troubles of his own – he was in constant need of more pills. Opioids were in; empathy was out.

Last year, Becca enjoyed hanging out with her coworkers when their shift was over. They would swap stories about crazy customers and empathize with each other’s frustrating days. On the weekends, she attended church and enjoyed going out to lunch with friends after service. She also made an effort to see her sisters regularly. Over lunch or during a walk, they would update each other on their lives and families.

This year, Becca was no longer pursuing any of these relationships. The only people she was interested in seeing were fellow drug users. She didn’t feel like she could connect with anyone else any more. She felt a special bond with others when they got high together. This “pseudo-empathetic” experience of sharing a high didn’t create real relationships, but it was the closest thing she could manage right now. 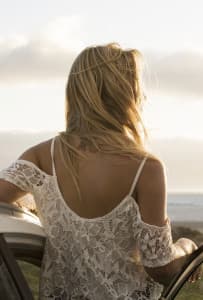 After witnessing the death of a fellow user, Paul was determined to stop using. One minute, the guy had been partying with Paul. The next, he’d overdosed and was gone. Paul didn’t want to end up like that. But he wasn’t sure he could make it through the initial withdrawals and into recovery.

As he fought his way through this stage, Paul’s family and friends felt “pushed away.” His emotions were dominated by attempts to cope with the physical symptoms of withdrawal and his fragile mental state. He suffered frequent cravings and his focus was placed on trying to manage his psychological health. He didn’t have any emotional energy left over to relate to others.

If you are addicted to drugs and find yourself struggling to emotionally connect with others, you’re not alone. This loss of empathy affects thousands of Nates, Beccas and Pauls every day. Unsurprisingly, there’s been plenty of research done to show that a lack of empathy is firmly tied to addiction.

This is one of the reasons group therapy and 12-step programs can be key to recovery. They allow you to hear others’ stories, share your own and give and receive support. Treatment helps you begin with empathy for yourself…and then work on extending it to others.
Additional Reading:
Self-Sabotage: Stop Standing in Your Own Way