Ignoring Our Failures Only Paves the Way to Relapse

Is the goal to succeed in sobriety or simply avoid relapse? At first glance, these may seem the same, but there are important distinctions between the two. They represent two very different outlooks: The focus of the first is success; the focus of the second is failure and how to avoid it. See the difference?

This isn’t an argument over word choice. Which perspective you choose drastically affects your mental state, actions and chance of a healthy recovery.

Research reveals that, if your goal is to avoid failure, you’re only increasing the odds of failure. You become consumed with stress over the thought of failure instead of being motivated by thoughts of success. The result is a narrow – often negative – outlook that keeps you from seeing potential paths to success.

The Road to Success

A failure-avoidance focus decreases your chance of success in several ways. Essentially, your vision becomes blurred with failure; you’re no longer able to see clearly because your view is obstructed by M.I.S.T. 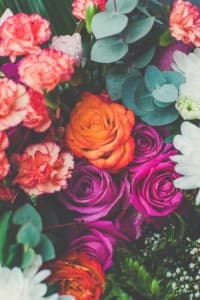 Instead of thinking “I don’t want to relapse,” think “I want to live a new life in recovery.” This healthier outlook will help you stay on the path to long-term sobriety.

Additional Reading:
Self-Sabotage: Stop Standing in Your Own Way