Here’s What You Need to Know About Doctor Shopping

No, doctor shopping isn’t the process of selecting a physician when your insurance coverage changes. Although that can certainly be frustrating and time-consuming, it’s not illegal.

Doctor shopping, on the other hand, is a crime.

The term “doctor shopping” is defined as “obtaining controlled substances from multiple healthcare practitioners without the prescriber’s knowledge of other prescriptions.”

In other words, it’s when patients manipulate the system to get extra drugs. Doctor shoppers visit multiple doctors and provide false information to obtain multiple prescriptions. They may lie about symptoms, deny receiving previous medications, omit information, purposely injure themselves, claim they lost previous prescriptions, or commit other forms of deception. The drugs they’re after are typically narcotics such as Vicodin, Xanax, or Oxycontin.

People typically jump into doctor shopping for one of two reasons (or both): 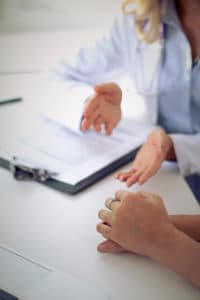 Some patients don’t fully realize they’re breaking the law then they doctor shop. They may admit to being less than honest, or that they’re “bending the rules” a bit, but in the end, doctor shopping is against federal law.

Specific laws in each state vary slightly, but the Uniform Narcotic Drug act of 1932 and the Uniform Controlled Substances Act of 1970 cover this topic thoroughly. It is illegal for anyone to obtain, or attempt to obtain, a narcotic drug by deceit, misrepresentation, fraud, or concealment of facts.

Additional laws in 23 states specify that information patients provide to a practitioner during the act of doctor shopping is not protected under the standard doctor-patient privilege.

What Happens If You Get Caught?

Because doctor shopping is against federal law, the act is considered a felony. If you get caught doctor shopping, your punishment could result in a multi-thousand-dollar fine and several years in prison.

Since doctor shopping is often the result of opioid addiction, law enforcement officials or the court systems can opt to offer a ‘diversion program’ alternative. These programs allow you to attend an inpatient rehab or similar treatment program, rather than serving time in prison. This option is typically for first-time offenders only.

In most cases, punishment includes incarceration and significant fines. The severity of the sentence varies by state and usually depends on prior offenses, scope of the crime, and other considerations. No matter where doctor shopping occurs, it is considered a serious offense that should never be taken lightly.

If you’re struggling with an addiction, don’t turn to doctor shopping. Reach out for help before you find yourself behind bars.

Additional Reading:   Doctor Shopping for Pills is More Common Than You Think