Here’s How Our Nation is Fighting the Opioid Crisis

The nationwide trend of opioid addiction leaves no state untouched. Each day, 2.1 million Americans abuse opioids. In 2015 alone, 33,000 people across the country died from opioid overdoses.

While the tragedies are widespread, they aren’t evenly distributed. More than a fifth of nationwide opioid-related deaths in 2014 occurred in Appalachian states. Suburbs across the nation are also being hit hard. Based on a 2014 study, drug users at greatest risk of overdose are white, middle-aged, suburban men.

Nationwide, leaders and legislators are responding with efforts to curb these growing numbers. Initiatives such as the 21st Century Cures Act add funding and efforts to strengthen drug research and expand services. But with each state facing its own unique challenges, what are they doing to fight the opioid epidemic as a whole? 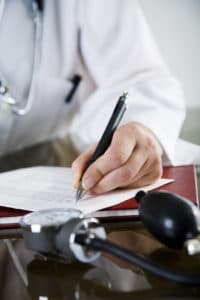 That was the question posed by researchers from the National Association of State Alcohol and Drug Abuse Directors (NASADAD), the Substance Abuse and Mental Health Services Administration (SAMHSA), and Truven Health Analytics. These organizations conducted a study of data collected through online questionnaires and additional sources, trying to determine how state public agencies are battling the opioid epidemic.

The study revealed that states aren’t uniform in their approach to this crisis. Though a broad range of initiatives have been implemented across the nation, four of them top the list. (And researchers recommend a continued focus and expansion on these efforts.) Here they are:

To reduce the number of lives claimed by opioid overdose, states have focused on two main prevention efforts. Good Samaritan laws are now active in 23 states and designed to protect those who are willing to report overdoses. Additionally, naloxone – the anti-overdose drug – is now available in 28 states.

Many states also focused on initiatives to reduce the stigma associated with these treatments.

Many states are taking action by attacking this issue from a number angles. Here’s a look at the numbers:

Everyone is in agreement here. Across the board, education about prescription drug misuse is seen as essential. As a result, education initiatives are the most common response to the opioid epidemic. All 50 states and the District of Columbia have responded with efforts, making this one of the highest priorities for their agencies. Forty-eight states have launched education initiatives aimed at the public, thirty-one have made efforts toward prescribers, and twenty-four have focused on patients and family.

The approaches may be different, but the end goal is the same. As states enhance their efforts in each of these areas, the hope is to curb this crisis and save lives across the nation.

Additional Reading:   Why You Should Care About the Repeal of ObamaCare