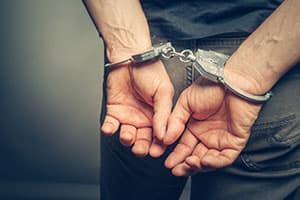 Drugs are sometimes implicated in crime sprees, and sometimes the most horrific acts occur when users are off their faces. Whether it’s due to a hallucination or a seriously altered state of mind, those using drugs can cause terrible damage and change the lives of their victims forever. Here are eight of the more grisly murders and actions caused by drugs and those who used them.

One of the first cases that came to mind were the recent acts that blamed on those using so-called bath salts. Cloud Nine, also known as Ivory Wave, was implicated in the recent wave of cannibal attacks throughout the United States in summer 2012. In one, Rudy Eugene, a resident of Miami made a feast out of a homeless man’s face. Eugene was shot by a Miami cop, but the homeless man had already lost 75 percent of his face. Thankfully the homeless man survived.

Another attack followed this one, this time featuring a woman called Pamela McCarthy high on a similar drug. These drugs are related to the active ingredient of khat, a plant that grows naturally around the world. The woman went on a naked rampage, and police were called after she reportedly punched and choked her three-year-old son. She also attempted to strangle the family dog. Once on the scene, the police doused her with pepper spray after she attempted to bite an officer, but this had no effect. The police elected to use a Taser on her, and she died after a cardiac arrest, possibly due to the combination of the Taser use and the drug.

Those around in the ’70s might remember Dale Nelson, who was a Canadian logger who killed eight people. Nelson had drunk heavily on Sept. 4, 1970, and he later drove to a relative’s house and murdered a mother and one of her children using a fire extinguisher and a knife. He apparently tried to eat the child’s organs. He then went to another house and shot the people inside apart from a child, who he raped shortly after and then killed. These crimes were blamed partly on his heavy alcohol and LSD use.

Ricky Kasso might be a name familiar to those in New York. Kasso appears to have been a transient who mainly lived rough. He took a variety of drugs including LSD, which lead to his nickname as the Acid King. He also dealt drugs. Kasso murdered a teenager after ingesting either PCP or LSD. He had accused the victim of stealing and not paying for quantities of PCP. The teen was stabbed multiple times during the attack and had his eyes gouged out. Kasso committed suicide after he was arrested for the drug-fueled crime.

Jim Jones is perhaps most remembered for sparking off the mass suicide of his followers in Jonestown, Guyana, on Nov. 18, 1978. It was notorious as the biggest human-caused loss of life until Sept. 11, 2001, and 918 people died as a result. Jones, a known drug user and possible addict to LSD and marijuana, had set up a commune in Guyana in fear of a backlash against his church in the United States. He was also disturbed by the continued racism in the US at the time. Jones brainwashed his followers and instilled a fear of the CIA. He even rehearsed a mass suicide with his followers. Jones by this time was using multiple drugs, including barbiturates, Quaalude, and stimulants, and ordered a mass suicide of his followers after a disastrous visit that left Congressman Leo Ryan and four others dead. Jones’ followers committed suicide en masse and followed this drug-addled man to their graves.

Velma Barfield didn’t fit the stereotypical serial killer mold. After her first husband lost his job through alcohol abuse, she was prescribed sedatives, including Librium and Valium. Her husband died after the house caught fire, and her husband died of smoke inhalation. A few months later, a second fire gutted the interior, and the insurance paid out. Barfield later married a wealthy widower. He died after they started experiencing issues with their marriage thanks to Barfield’s drug habit. After a number of other murders, Barfield was eventually caught when a coroner ordered a full autopsy after a man she had been dating had suddenly died. She was tried and then later executed by lethal injection.

Sometimes, people are just born violent, and Archibald McCafferty certainly seems to be one of those people. Labeled Australia’s worst criminal, he was responsible a number of horrific murders while high on a variety of drugs, including PCP, often called angel dust. His murder spree started after his son died aged just a few months old. McCafferty, after being released from a psychiatric institution, went on a murderous rampage, apparently inspired by visions of his son, who apparently told him to kill seven people. He only succeeded in killing three with help from a gang before he was caught. He was given multiple life sentences. In prison, he was accused of killing fellow prisoners and caught taking more drugs. Eventually, he got clean, and he now lives in Scotland.

The same drugs are often blamed for horrific crimes. PCP has a particularly bad rap, and it’s unsurprising; some of the most horrific crimes were committed under the influence of this drug. Big Lurch was a rapper in the Bay Area who had seen some success in the rap scene, having worked with a number of high-profile rappers. All this would change one night when he stabbed his drug partner’s girlfriend through the shoulder and ripped open her chest with his teeth. He was seen drenched in blood and walking like a zombie, and a medical report showed that he had flesh in his stomach—human flesh. He is currently serving a life sentence.