Doctor Shopping for Pills More Common Than You Think

The term “doctor shopping” refers to patients who seek out medical care from multiple physicians – in relatively short periods of time – in order to obtain narcotic medications. Doctor shoppers are usually seeking opiate painkillers (Vicodin, oxycontin), anti-anxiety drugs (Xanax), or ADHD medications (Adderall). And, thanks to newly published research in the August issue of the Journal of Bone & Joint Surgery, we know that doctor shopping increases among patients who undergo surgical procedures to repair broken bones.

In the new study, researchers examined the medical and pharmacy records of 130 patients between the ages 18 to 64. Each participant had previously sought treatment for single orthopedic injuries such as broken legs, ankles and arms at Nashville’s Vanderbilt University Medical Center during 2011. 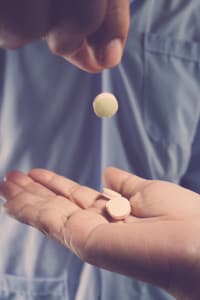 The Scoop on Doctor Shopping

Most doctor shoppers set out to obtain prescriptions for:

Utilizing multiple doctors to obtain narcotic medications is not only against the law, it’s also extremely dangerous. In fact, a previous study found that doctor shopping significantly increases a patient’s risk of fatal overdose.

Related: New Rules for Hydrocodone: What You Need to Know

Know the Signs of a Doctor Shopper

Physicians look for certain behaviors that might indicate doctor shopping activities. These include:

Learn more about treatment options for painkiller addiction and abuse