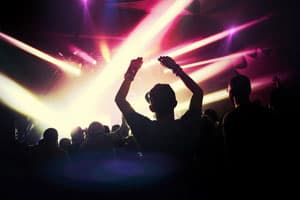 The Electric Daisy Carnival (EDC) has generated controversy for yet another year due to the number of drug-related deaths, hospitalizations and arrests during the weekend music festival.

Two deaths, 25 hospitalizations and 73 narcotics arrests took place over the course of the three-day festival last weekend in Las Vegas.

Five people were transported to the hospital on the opening night, while 12 were admitted on night two and eight were rushed to the emergency room on the third night. Police made 26 felony narcotics-related arrests on the first night, 22 on the second night and 25 on the final evening. In addition, five DUI and other alcohol-related arrests were made throughout the weekend. About 134,000 people attended EDC each night.

The first death at this year’s EDC took place on early Saturday morning. Montgomery Tsang, 24, collapsed in the Las Vegas Motor Speedway parking lot and was pronounced dead hours later. Some on social media have suspected that drugs could have played a part, but the cause of his death is still unclear and an investigation is currently underway.

“We are deeply saddened by this news, and hope that everyone will join us in keeping his family and friends in their thoughts during this very difficult time,” read a statement by Insomniac, the company which stages the festival. “Dance music fans pride themselves in being part of a loving community and, as we get ready to start the second night of the show, we ask everyone to help us keep this event safe.”

However, Insomniac stopped short of owning any responsibility for the tragedy.

A second festival attendee, 25-year-old Anthony Anaya, died on Saturday night. He was found unresponsive earlier that evening at the Vdara Resort near the Las Vegas strip. The cause of his death is yet to be determined.

The overall number of drug-related incidents at this year’s festival increased significantly from last year. Hospitalizations increased from nine to 25, felony narcotics arrests jumped from 53 to 73 and DUI arrests moved up from one to five. Medical calls, misdemeanor arrests and concert ejections also increased.

Hospitalizations increased from nine to 25, felony narcotics arrests jumped from 53 to 73 and DUI arrests moved up from one to five.

Despite this, the statistics remain lower than 2010 EDC in Los Angeles, the final year it was held there before moving to Vegas. In addition to 118 narcotics arrests and over 100 hospitalizations that year, the worst incident in the festival’s history took place when a 15-year-old girl died from a drug overdose. EDC was eventually forced to move to Vegas under immense pressure.

Also Read: Ecstasy at EDM Festivals – Big Danger, Big Business
EDC has actively worked to try and keep illegal substances away from the festival. They brought in additional checkpoints and security measures to assist this year, but the use of illegal stimulants at these events has become widespread. Some rave advocates believe that removing drugs completely simply isn’t possible and that drug education, rather than punitive measures, is the best approach.

“Drugs have always been a big part of the scene and always will be,” said Amy Raves, a Los Angeles-based rave advocate. “The idea is how to promote safer raving, to educate kids that abstinence is the best policy, but to realize that’s not always practical.”

Also Read: The State of Drugs in Electronic Music