According to data from the Substance Abuse and Mental Health Services Administration (SAMHSA), 22 million American adults now suffer from drug addiction and another 23 million are in recovery. When it’s all said and done, nearly 20 percent of all adults have personally dealt with a substance abuse problem.

Despite that massive number, people are still quick to label addicts, putting them all under one umbrella and creating a stigma that can seem impossibly difficult to break out of once in recovery.

When you really think about it, it’s not hard to figure out why these stigmas exist.

While the U.S. government touts addiction as a disease, its “War on Drugs” has incarcerated hundreds of thousands of people for low-level, non-violent drug possession crimes. This contributes to the belief that drug addiction is a moral failing – a belief that carries over and often causes those in sobriety to be shunned by their communities. 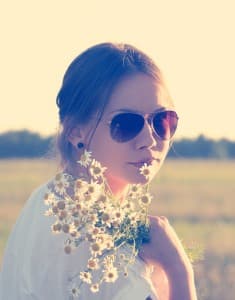 A study published last October in the journal Psychiatric Services even found that the general public is far more sympathetic to mental illness than drug addiction. Researchers in the Department of Health Policy and Management at the Johns Hopkins Bloomberg School of Public Health surveyed 709 participants and found that most the participants were even opposed to policies and programs that might help people struggling with addiction get sober.

Nearly 64 percent of participants believed employers should be allowed to deny work to someone with a drug addiction, but only 25 percent felt the same way about someone with mental illness. Only 22 percent of those surveyed said they’d be willing to work with someone who had a drug problem, while 57 percent even felt that addicts should have fewer health insurance benefits than the general public.

The simplest way to begin removing the shame and stigma surrounding addiction is to have an open dialogue about the subject.

“The more shame associated with drug addiction, the less likely we as a community will be in a position to change attitudes and get people the help they need,” said study author, Beth McGinty, PhD, MS. “If you can educate the public that these are treatable conditions, we will see higher levels of support for policy changes that benefit people with mental illness and drug addiction.”
Additional Reading: A Walk in My Shoes: One Day in the Life of a Recovering Addict