Oklahoma is home to 177,000 Cherokee tribal members. It’s also home to one of the highest rates of opioid abuse in the nation…and the Cherokee are among those suffering the most.

What’s happening in the Cherokee Nation to cause such devastation? According to their recently filed lawsuit, the tribe blames pharmacies for fueling this growing addiction epidemic.

The Cherokee filed their multi-billion-dollar lawsuit against drug distributors and pharmacies including some of the biggest names: Wal-Mart, CVS, Walgreens, along with leading distributors AmerisourceBergen, McKesson, and Cardinal Health. The Cherokee claim these companies ignored signs of drug abuse and neglected their duties to protect the public. 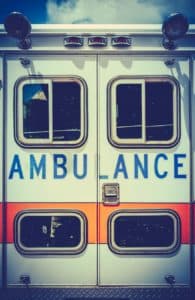 “There are safeguards that are supposed to be followed – federal laws – that they turn a blind eye to because their profits are much more important to them,” explained Todd Hembree, attorney general for the Cherokee Nation.

Pharmacies named in the lawsuit allegedly filled suspicious prescriptions and did nothing to prevent the obvious doctor shopping occurring in their midst. The Cherokee believe the businesses allowed – and even encouraged – a flooding of their communities with prescription painkillers. The result: rampant addiction and the deaths of hundreds of Cherokee people. The lawsuit states opioid abuse caused more than 350 deaths in the Cherokee Nation between 2003 and 2014.

In response, CVS Health stated, “We have stringent policies, procedures, and tools to ensure that our pharmacists properly exercise their corresponding responsibility to determine whether a controlled substance prescription was issued for a legitimate medical purpose before filling it.” CVS has recently taken steps to set limits on painkiller prescriptions but, for the Cherokee Nation, these efforts may be too little too late. Struggling under the weight of mass addiction, this group wants to ensure these dangerous patterns change.

On Their Own Turf

To set changes in motion, the Cherokee Nation is approaching their lawsuit in a unique way. While others, including the state of West Virginia, have sued Big Pharma, this lawsuit was filed in tribal court. Cherokee Nation lawyers hope this will allow quicker access to corporate records, although they expect a fight to move the case to federal courts.

If the Cherokee win this suit, their struggle with opioid abuse won’t disappear. However, welfare officials for the Cherokee Nation believe they have the resources ready to provide recovery and rehab services. But first, the distributors must stop making the drugs so readily available. The Cherokee hope this lawsuit will change business behavior and dry up the flood of drugs that’s drowning their communities.

Additional Reading:   Dealers, Doctors, Big Pharma – Who Can You Blame?