It’s no secret that birth order can have a big – and lasting – impact. In fact, many experts believe the order of each child’s birth plays an important determinant for personality, intelligence and economic success.

With so many characteristics hinging on birth order, I began to wonder if these traits could influence our susceptibility to addiction, as well?

Turns out the more I researched this topic, the more curious I became.

Birth order is believed to shape many personality traits displayed in adulthood, so it seems logical to question whether or not it also plays a role (in terms of risk) in addiction.

First, let’s go through the major personality traits of each sibling, in terms of birth order:

In determining which sibling in the birth order is more prone to addiction, study findings haven’t been consistent. 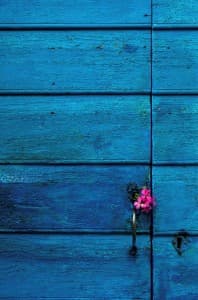 In one recent study, middle-borns were found to have the highest prevalence of addiction, citing that their perceived lack of attention is the leading stressor that drives them to use.

In another study, however, researchers have noted that first-born children have the highest susceptibility to drug use. Experts blame parents for placing “exorbitant pressures” on their oldest children, which can lead to severe emotional and psychological problems when they can’t live up to those expectations. Addiction can then develop as a way to cope with the resulting emotional roller coaster.

Conversely, other studies conclude that last-borns have a higher probability of becoming addicted, mainly because they respond differently in anxiety-evoking situations. Instead of developing strategies that relieve this anxiety, they tend to become even more anxious and use substances as a coping mechanism to escape the situation.

We are the Sum of All Parts

While birth order likely impacts our emotional and psychological makeup in many ways, it’s certainly not the deciding factor in substance abuse or addictive behaviors. Birth order does, however, play a huge role in the formation of sibling relationships and finding your “place” in a family unit.

There are many different factors at play in the creation of an addiction. Things like family history of dependency, ineffective parenting, peer pressure and stress are only the tip of the iceberg.

We’re all affected by order of birth and each family experiences its own unique set of challenges. When it’s all said and done, however, it’s up to us to overcome those issues and learn to cope in healthy, productive ways.
Additional Reading:  7 Addiction Myths About Teens and Their Parents
Image Source: iStock