Are You Ready to Get Real About Sex Addiction?

We’ve become much more compassionate as a culture when it comes to alcohol, drug and food addiction. Television commercials for treatment facilities, subway ads asking if you have a problem with cocaine and competition shows like The Biggest Loser have begun to dismantle the stigma of those who suffer from addiction.

Despite all that progress, there’s still one addiction that still remains very much in the closet – sex addiction.

Sex addiction is kind of like the naughty step-child of the addiction family. When alcohol or drugs are the problem, total abstinence is required for recovery. Once clean, we can get better because we don’t need drugs or alcohol to survive.

When dealing with an eating disorder, things get a bit more difficult. We need food to live and so, when food is the problem, the only solution is to get healthy by eating right, exercising and dealing with whatever emotional pain is causing you to use food as a way to deal with your feelings.

But when sex is the addiction, it’s often looked at as a “moral failing” and, unfortunately, shame often becomes the answer. In truth, it’s no different than alcohol, drugs, food or gambling.

According to Dr. Patrick Carnes, PhD, top addiction specialist and author of the book A Gentile Path Through the Twelve Steps, it’s vital to understand the following facts about sex addiction:

The Reality of Perception

Let’s be honest; there is much less controversy over food than there is over sex. You’ve never seen a breaking news food scandal in Washington, D.C. have you? There’s a modern sex stigma that complicates things for those battling sexual compulsions. And that stigma pushes many back into hiding.

Let’s Break it Down

Like any other addiction, if sex, the pursuit of sex or obsessive thoughts about sex are making any part of your life unmanageable, it’s time to evaluate your behaviors. 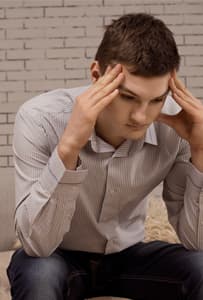 Admitting you’re a sex addict doesn’t mean you have to give up sex forever. In truth, it’s all about finding a healthy sexual balance. After all, sex is a natural part of being human.

Sexual compulsion is not really about sex. Like food addiction isn’t about the cookies. It’s all about the intolerable feelings, the childhood trauma, the damaging messages we received growing up, ways we may have been shamed as children and various other factors. There are several psychological models out there that may help you to better understand a sexual addiction.

Step Out of the Shame

Additional Reading: The Rocky History of Sex Addiction in the Public Eye