Is there a dark side to gender equality in the workforce? In most cases, the answer is a resounding no, but there is one specific situation where that’s not the case. Shockingly, that situation is binge drinking among professional-level females. 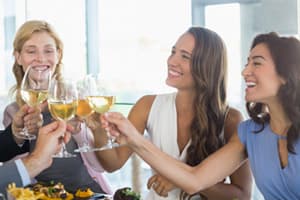 Researchers have found that the female professional-level workforce is now drinking alcohol at an alarming rate. The study found that professional women, individuals with managerial or higher education background, are 19 percent more likely to drink heavily at home.

The study also suggests that after-work “happy hours” are partly to blame for this trend. Binge drinking is defined as eight drinks in a sitting for men; six drinks for women.

The reasoning for the disparity is simple enough: women are, on average, biologically smaller than men. Alcohol is going to affect a 130-pound woman differently than a 215-pound man.

The study was developed by the Organisation for Economic Co-operation and Development, a British organization that promotes policies to strengthen the social and economical well-being of people internationally.

What is the Driving Force?

The study also suggests stress may play a part in the drinking habits of professional women. However, the information gathered showed a relatively low disparity of drinking habits among men with different eco-social situations.

…[working women] may drink more heavily because they have more stress as well as more chances to go out drinking with male colleagues with higher limits of drinking.-Organisation for Economic Co-operation and DevelopmentThe 19 percent increase in drinking habits was unique to professional females. In other words, the findings showed that 1 in 5 professional women drink at an alarming rate; compared to 1 in 10 of women with lower educations. Attributing to this drinking trend is a bit murky, but it seems the trend is partly due to women “keeping up,” or feeling obliged to drink at the rate of their male colleagues.

“Women with higher education may have better-paid jobs involving higher degrees of responsibility and thus may drink more heavily because they have more stress as well as more chances to go out drinking with male colleagues with higher limits of drinking,” said a spokesperson for the Organisation for Economic Co-operation and Development. 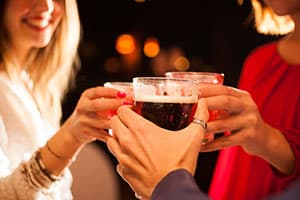 Although the study included drinking habits of females of all ages, the highest risk of hazardous drinking included women aged 45 to 64. This is particularly interesting because the age demographic does not suggest professional women feel obliged to “keep up” with male colleagues in a “seeking acceptance” sense.

Regardless, being mindful of drinking habits is a prudent philosophy, and studies like this are crucial in reflecting the patterns of social progress.

While there really isn’t a “dark side” of gender-equality, there may be undue pressure felt by some to assimilate to cultural and gender-associated norms.