Addiction Cost Me Time in Prison…and My Civil Rights

For many felons, serving an addiction-related prison sentence is just the beginning. They get out thinking they’ve paid their debt to society, only to encounter a whole new set of hurdles to clear upon release. That was my experience, at least.

I was released from the Florida state prison system in 2013 after serving four years behind bars. The last thing I was prepared for was another set of consequences, yet there they were, staring me in the face: probation, social stigma, employment discrimination and the loss of my civil rights.

Being a felon meant I no longer had the:

Every State is Different 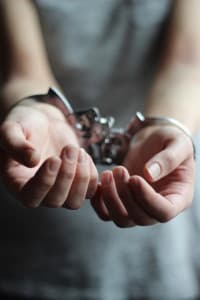 Felon-disenfranchisement laws vary drastically among states. In Maine and Vermont, felons never lose the right to vote, whereas in 38 states and the District of Columbia, most felons are granted the right to vote only after completing their sentences.

The harshest states for civil rights restoration are Florida, Kentucky, Iowa and Virginia, which range from a permanent voting restriction to lengthy “waiting periods” after a prison or probation term is completed.

However, Virginia may be turning over a new leaf. Earlier this month Gov. Terry McAuliffe announced that he’ll restore the voting rights of more than 200,000 former felons who’ve completed their sentences, perhaps the biggest step forward to weaken felon disenfranchisement laws nationwide.

Compassion is the Key

Re-entering society after living in the prison system is a difficult transition for anyone, and it’s made even more difficult by a person’s basic rights not being restored. Nationally, an estimated 5.85 million Americans are denied the right to vote because of felony convictions. This right is an essential part of being an American citizen; denying it to ex-prisoners – those who have paid their dues and deemed safe enough to return to society – feels like an alienating practice.

As a felon who’s been stripped of her civil rights, there’s no doubt it’s discouraging. You feel further isolated and ostracized at a time when you’re trying to fit back in with society. Being treated as a second-class citizen not only hurts that particular person, it negatively affects society as a whole.

Yes; drinking cost me a lot more than just those four years behind bars. Think about it the next time you have a few cocktails and think it’s no big deal to drive home – it might be the trip that haunts you for life.
Additional Reading:
The “F” Word and its Effect on Relapse