A Complete History of Marijuana

It’s mean, it’s green, and it’s not the Incredible Hulk. Instead, it’s marijuana, more properly known as cannabis. Why is it called marijuana? It’s a Mexican word, and it was used because Mexicans were treated with suspicion, and something that was corrupting America’s youth had to be Mexican. Clearly.

Let’s start with the ancient history of marijuana.

It’s been used for millennia for textiles and the like. The long fibrous stems are very good for making rope and other items.. The earliest remains are of hemp rope, and this was found in present-day Taiwan. The specimen is around 10,000 years old. Carl Sagan even states that marijuana may have led to the development of agriculture, being the first widely grown crop. You can find records of marijuana use in Central and South Asia, with people making things out of hemp, including the Chinese.

Marijuana oil and seeds were used for consumption in China by 6,000 BC, and there is evidence of textiles and similar goods being made from 4,000 BC. While such finds are rare, it shows how much marijuana must have been used, as most archeological evidence is destroyed within 200 years.

Another 1,500 years pass before the first mention of marijuana being used for medicine, in this case in the legend of Shennong, a semi-mythical emperor who apparently had studied the secrets of immortality, although he died after he ate some yellow flowers.

Indian texts also mention hemp as containing medicinal properties, and it’s likely that this refers to the mild psychoactive properties of the drug.

Marijuana is even mentioned in Hindu religious books, and the drug soma mentioned in the Vedas is sometimes attributed to marijuana. The Mesopotamians, the Hittites, and the ancient Jews also mention marijuana, so it’s pretty clear it was well known as a crop that can clothe you, restrain you, and nourish you, as well as provide spiritual enlightenment. 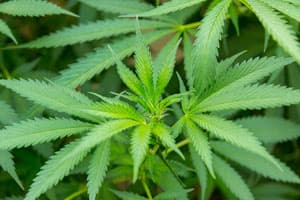 So marijuana has long been held to be a pleasurable drug to consume. The plant even made its way to wet and windy England, with Shakespeare possibly being a consumer.

Hemp was still a very, very useful product in the Renaissance era onward, as it could be used for so many things. When Jamestown was established in the seventeenth century, its production was encouraged and then required. It could even be used in other colonies to pay taxes. Both Washington and Jefferson grew hemp for many years because of its many uses, and Franklin used hemp to start one of America’s first paper mills. Roll up the constitution, and you’ll find that it’s written on the product from one of Franklin’s mills: hemp paper.

In the latter half of the nineteenth century, various products, including cotton, began to replace hemp, and its more recreational properties started to be explored. It was touted as a cure-all, as were many products of the time, and it was even given to Queen Victoria to help her with various aches. The opening of dozens of Turkish hash dens led to a number of people smoking it, but because these people were predominantly white, it was generally considered OK.

In 1906, the Food and Drug Administration was set up, and its job was to regulate food and drugs, just as its name suggests. Manufacturers started having to label products containing various items, including opiates, alcohol, and marijuana.

The real issue started when Mexican workers started to pass through the US–Mexico border in search of work after the Mexican revolution of 1910. They would bring marijuana plants with them, and the smoking of the drug for purely recreational use became associated with the influx of Mexicans. 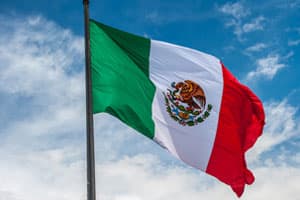 The Mexican influx in the early twentieth century led to accusations of thievery and that marijuana was the cause of crime. Of course, for a few Mexicans, it was true: Some were thieves. It’s equally true to say that some whites would’ve been thieves as well. However, it’s much easier for local police to blame the new people rather than upset the current residents.

One of the heads of the Federal Bureau of Narcotics even went as far to say that marijuana causes “white women to seek out sexual relations with Negroes,” a statement that is bizarre as it is paranoid. However, over the period of 25 years, various states began to ban it, starting with California.

Eventually a statewide ban was imposed in 1937, stating that marijuana was dangerous, despite expert testimony that there was no evidence that it was dangerous and that it was a shortsighted law. Congress instead relied on anecdotal evidence and articles from newspapers owned by a prominent timber magnate, who had a significant interest in suppressing marijuana production, as hemp paper is considered superior to wood-based paper.

So, the ban on marijuana was basically caused by fear and financial interests, which is a pretty familiar refrain in the United States. The logical thing to do would be to listen to those who conduct the research, right?

The Nixon Government ignored the report, and reportedly even tried to influence the outcome of the report.

After President Carter attempted to tone down marijuana laws, Regan reaffirmed them in 1986, and signed in mandatory minimum sentences for possession and distribution. He also began the so-called war on drugs, creating hardship for users everywhere. These policies would alienate a generation and cause untold misery to countless American families. A decade later, the Institute of Medicine conducted a comprehensive study on the medical effectiveness of marijuana, but its findings were also ignored. 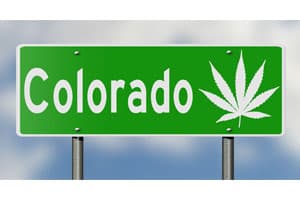 In an extraordinary reversal to the usual ostrich-like government policy of burying its head in the sand, President Obama announced that the US would stop pursuing medical marijuana growers in 2009, and a general move toward decriminalization was made. With the NYPD police chief Ray Kelly ordering his officers to generally “deprioritize” marijuana law enforcement in 2011 and then Washington and Colorado voting to completely decriminalize marijuana, it seems that it may experience a revival.

The important thing is to remember what the Shafer Commission noted: It’s best to ignore the occasional users and help the heavy users to seek rehab treatment. Marijuana is addictive, and it does have withdrawal symptoms. However, the main thing about marijuana is that it can be used as a crutch to avoid issues in peoples’ lives, so it’s good to talk to people about their marijuana use. If you’re ready to help someone you love, or yourself, call one of our addiction treatment specialists on our toll-free helpline to discuss what options are available for you. We’re here for you 24/7: .