A Complete History of LSD

Hallucinogenic drugs are nothing new to society. Whether it’s the Aztec’s use of mushrooms to deliver extreme religious experiences, the Huichol use of mescaline and peyote, and the Polynesian kava-kava rituals. Those in the Arabian Peninsula used khat, and ergots are thought to be blamed for the convulsions described by the various witnesses involved in the Salem witch trials.

Despite the revolution in drugs that occurred in the late nineteenth and early twentieth century, most of the focus was on painkillers such as morphine, anesthetics such as lidocaine, and antiseptics such as the sulfanilamides. It didn’t involve much in the way of soporifics or mind-altering substances. While MDMA was created in 1912, for example, this was a byproduct and its effects wouldn’t be noted until the ‘70s. 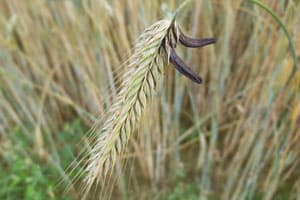 Ergots have been around for centuries. They are a type of fungus that typically grows on rye, and they appear as small black seeds. These ergots typically grew when summers were warm and wet—perfect conditions for all types of mold. They would occasionally be inadvertently ground up with ordinary seeds by inexperienced bakers and the hallucinogenic compounds would be distributed to a large number of people.

Ergotamine was isolated in 1918 by Arthur Stoll, and it was sold as a mild painkiller for menstrual pain. It was later modified by a Swiss chemist called Albert Hoffmann in 1938. Five years later, he resynthesized it and accidently absorbed part of the dose through his fingers. A short while later he found himself intoxicated and experiencing the characteristic effects of LSD. He felt dizzy and restless, and later on he found his imagination racing. After about two hours, these effects stopped.

Hoffmann realized that the effects were likely due to a drug he’d been working on, but the symptoms were not consistent with ergot poisoning.

Three days later, he took another dose to confirm its drug effects. He calculated the dose based on existing compounds and took what he thought was the absolute minimum dose; unfortunately, LSD is about 20 times more powerful than ergotamine, and he’d taken 11 times the threshold dose (i.e., the dose when the first effects of the drug appear). He experienced a severe trip that later resulted in him cycling home thinking his neighbor was an evil witch.

Hoffmann’s terror eventually began to ebb away, and he found himself feeling extremely relaxed. He noted that the “visual disturbances” persisted for hours, and noise from the road and outside would be translated into colors and shapes. He woke up the next day on April 20, 1943, feeling well. April 19 is known as Bicycle Day and is a celebration of the discovery of LSD. 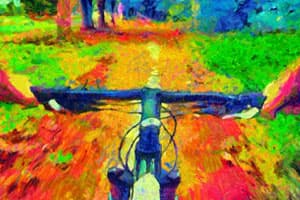 Hoffmann felt the drug could have serious clinical applications for psychiatric use, and Walther Stoll, the son of Hoffmann’s superior, agreed. Stoll ran a psychiatric clinic in Zurich, and in 1947, he published an account of the use of LSD in volunteers and psychiatric patients at his clinic. This report became a sensation, and it resulted in a lot of interest in LSD.

Of course, it isn’t quite as simple as this, but it did spur research into the various mental illnesses that humans can have. Indeed, it opened up the general debate and is indirectly responsible for addiction cures and the potential cures we have for depression and other related conditions.

LSD also has been touted as a cure for addiction. One study even boasted a 50 percent one-year success rate, which is extraordinary.

With all this experimentation going on, there was sure to be a backlash. While there is little evidence on the long-term harm of LSD and there have been no deaths, it can exacerbate depression or possibly cause psychosis, although it’s unknown whether it triggers an existing condition or creates a new one. Thanks to the moral panic, the DEA classified it as a Schedule I drug in 1970, arguing that it did not have any benefits and its purported benefits were baseless.

Despite this, LSD use has remained broadly popular, particularly among creatives. While the hardline, and frankly stupid, DEA approach to drugs may have resulted in a temporary reduction in drug use, it does little to allow people to explore whether this drug might be a cure for addiction.

A lot of people have taken LSD. The late Steve Jobs, for example, stated, “Taking LSD was a profound experience, one of the most important things in my life.” The Beatles also used it—although perhaps not as much as people though they did—and countless authors and so on.

That’s not to say LSD is inherently safe, however. Its disorienting effects can lead to serious accidents, although much the same can be said about alcohol. Obviously it’s not safe to drive on, although the reports of flashbacks happening years after use are generally thought to be unrelated to LSD use.

LSD has had its mimics over the years. Currently, a number of chemicals can mimic the effects of LSD including DOB, 2C-I, and DOI. Relatively little is known about these drugs, which is why they’re potentially dangerous. They’re classed as psychedelic amphetamines, and they can have significant effects on the body when people overdose on them.

It’s sad to see that knee-jerk reactions in the 1970s resulted in the elimination of a potentially valuable drug for addiction treatment. While the use of the drug has to be curbed someone to prevent the public from coming to harm—particularly from unregulated and potentially dangerous manufacture—it would have been a much better solution to grade it much less harshly and allow the scientific community to work toward an alcohol addiction cure. Fortunately, that’s starting to happen again, so perhaps people can look forward to a day when they’re free from addiction thanks to LSD.
If you or your loved one is suffering from drug addiction, call our hotline number at and we will give you the best treatment options you could ever have.