A Complete History of Alcohol

Written by: Editorial Staff
Last updated on May 3, 2022

Who doesn’t love a bit of a tipple every now and again? Well, plenty of people, and those people may get odd looks when they state they don’t drink. The reason is that alcohol has long been used by society to provide a liquid that is safe to drink and to ward off aches and pains.

Our history with alcohol likely began when someone realized that slightly rotten fruit were intoxicating. The sugars are broken down by yeast to create alcohol. This is why yellow jackets are somewhat dopey in the fall months, as they gorge themselves on alcoholic fruit.

The process was likely refined over several thousand years by different people in dozens of different places. Different fruit were likely used, and eventually, someone noticed that barley and wheat could also be used for alcohol—possibly after bread became soggy in the Arabian sun and someone ate it . This lead to beer production.

Most of this is conjecture, but we do know that beer production was recorded by the Sumerians, who lived in present-day Iraq, around 4,000 BC, and tests on pottery from around 5,000 BC from where Iran now sits demonstrates beer was produced since then. So it’s pretty old.

A 3 to 4 percent solution of alcohol in water, which is what beer effectively is, will kill off most bugs. This meant that brewing was necessary to ensure that epidemics rising from poor-quality water did not spread through the population. The beer wasn’t like the beers we have today, though. It was thick and was basically fermented bread.

The Sumerian brewers even had their own god: Ninkasi. One artifact dug up tells a poem that also instructed brewers how to make beer. The beer brewed was often drunk quickly and was not flavored with hops; instead it was flavored with date wine and then drunk through straws.

“A 3 to 4 percent solution of alcohol in water, which is what beer effectively is, will kill off most bugs.”-Rehabs.com

The Egyptians also brewed wine and beer, and like the Sumerians, women typically did this. The beer generally powered the workforce and ensured that they could drink untainted water. Pharaohs had wine, and it was normally red, although there is some evidence of white wine production.

Europe was a time of tribes, with the Greeks forming kingdoms in the south around the Bosporus and the Romans being merely a glimmer in a she-wolf’s eye (apparently). The Phoenicians probably spread the Sumerian and the Egyptian beer brewing techniques throughout Europe around 1,000 BC via their advanced timber-hulled trading boats, and their techniques were refined and adapted by the locals, who would become the Greeks and the Romans. The locals had already worked out you could ferment grapes, though. 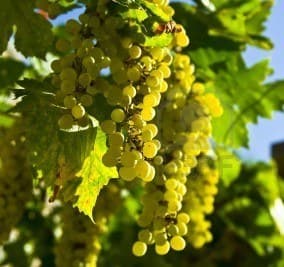 Beer spread throughout Northern Europe and Central Asia, as growing grain was relatively easy. Mesolithic man in Scandinavia, Germany, and Britain would harvest grain and brew it on a small scale, sometimes trading it for flints and other supplies. Fruit from orchards would also be brewed to provide a stronger drink for celebrations. Cider would be made and then carefully frozen during the winter months. As the ice was removed, the concentration of alcohol would increase, creating a lethally strong drink—strong in both alcohol and various impurities.

The Spread of Wine in Europe

What really kick started the popularity of wine in Europe was the establishment of cities in Greece. This might seem a bit odd—after all, you don’t need a city to make wine. What you do need, though, is a population willing to trade goods and services for wine, and it meant that farmers could concentrate on growing one product—in this case, grapes.

In the Greek’s case, grapes could be dried and then exported, allowing anyone to make wine. Alternatively, amphorae (big jugs of wine) would be loaded up from the vineyard and then shipped to Athens, Corinth, or another destination. The Greeks drank their wine diluted, reasoning that only barbarians drank undiluted wine.

The Romans brought grapes and therefore wine to the rest of Europe. They also brought the concept of having a central producer of beer, rather than multiple people doing the same job within the tribe. Ex-soldiers would retire and plant vineyards in conquered territories, starting the famous wine-making regions in France, Spain, and Germany. They knew that where the holly oak could grow, so could grapes.

While the Romans eventually retreated from Europe, they left behind a religion and wine. It’s odd to note that the drinking of wine during the Eucharist is very similar to rituals devoted to Bacchus, the Roman god of wine.

The status quo of wine being made in Southern and Central Europe and beer being made in Northern Europe continued throughout the Dark and Middle Ages. Wine and beer would be imported throughout Europe, with high prices being bartered for quality wines from certain regions. King Henry VIII of England would have 300 barrels of wine shipped from Gascony, France, each year for celebrations.

The Beginnings of Distillation in Europe

Distillation was becoming more widely known throughout Europe by the thirteenth century, and whisky was one of the many liqueurs distilled. It was known as aqua vitae, the water of life.
The fifteenth century had seen Columbus miss his mark by 8,000 miles, an impressive miss by anyone’s standards. However, he did prove that sailing across the Atlantic was possible, and this lead to the discovery of the New World.

While the early settlers found a number of grapes there, they quickly decided they didn’t like them, so they imported European grapes. Grape production quickly spread, as did barley and wheat production in the more northerly territories. While the puritans didn’t like alcohol for its intoxicating effects, it was again used to ensure people had a potable supply of drinkable liquids.

Wine and strong liquor was becoming a health issue in Britain, with social commentators accusing gin of causing more than half the crime in London. The Gin Laws of 1751 started to control that by restricting trade to certain licensed shops. The availability of gin dropped.

Alcohol History in the US 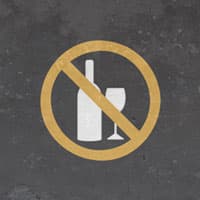 In the States, however, Maine was the first state to go completely dry. In 1851, it completely banned alcohol. This was the first statute to not be struck down immediately by a state supreme court. After the Civil War, the various temperance movements encouraged the construction of drinking fountains and other ways to keep water clean and eliminate the need for alcohol.

This ultimately culminated in the nationwide prohibition, ultimately ordered by the 18th Amendment in 1919. This would be repealed by the 21st Amendment in 1933 after it was clear that restricting alcohol led to serious issues with crime.

Alcohol continues to be a source of problems for many people, but consumption in moderation is generally fine. The question still arises even today: What is moderation? The US government currently defines this as two drinks a day for men and one for women, about 20 ml and 10 ml of pure alcohol respectively.

Alcohol will likely always play a part of our culture, but it doesn’t have to involve destructive drinking. If you or a loved one has an issue with alcohol, call us today at to get alcohol addiction treatment.